Where To Eat Out In Charlottetown, Canada 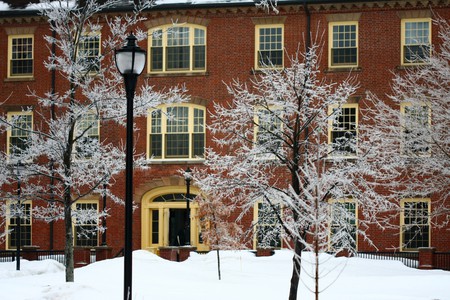 Prince Edward Island (PEI) may be Canada’s smallest province, but it’s one of the richest when it comes to fertile farmland and bountiful oceans. The waters around this island are teeming with fish while its land produces fresh vegetables, meat and dairy products. As PEI’s economic, cultural and culinary capital, Charlottetown is home to numerous restaurants that know how to make the most of this island’s plentiful resources. Here’s our guide to some of the best places to eat out here. 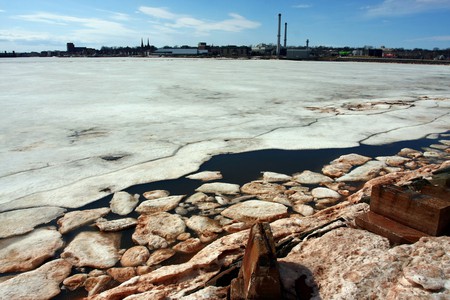 The Big Orange Lunchbox actually began as a food truck and its success eventually led the owners to open a full restaurant in downtown Charlottetown. This restaurant is strongly committed to local ingredients, with most sourced from within 200 miles of the city. The menu features creative poutine dishes, such as the ‘Donald Duck-Side’, which is topped with Asian pulled duck, pepperoni, blue cheese, and gravy; as well as locally-famous gourmet burgers, like the ‘PEI Burger’, topped with garlic whipped potato, bacon, caramelized onions, sautéed mushrooms, and garlic aioli. The menu also features a variety of big grilled cheese sandwiches, soft tacos, and seafood dishes.

The Gahan House serves a mixture of pub fare and traditional island meals in a relaxed setting. The restaurant is home to the province’s only microbrewery. Located below this restaurant, the brewery produces small batches of seven different ales, all of which are preservative-free and made with fresh ingredients. Dinners can stop by for a pint, take a tour of the brewery, or enjoy these handcrafted beers along with a meal in the restaurant. Menu highlights include the restaurant’s signature Brown Bag Fish & Chips: Sir John A Honey Wheat Ale Beer Battered Atlantic Haddock; BBQ Rack of Ribs served with Maple Sydney St. Stout BBQ Sauce; and Grilled Island Beef Sirloin Steak with seasonal vegetables.

Water Prince Corner Shop is an unassuming eatery that serves generous portions of simple yet delicious seafood. This family-run restaurant sources its seafood directly from the province’s wharves and fishermen. The menu features seafood chowder, cooked Island Blue Mussels, lobster dinners, as well as non-seafood dishes like burgers and chicken fingers. The atmosphere is warm and welcoming, with seating inside, where you can have a look at the extremely rare blue lobster mounted on the wall; or out on the patio, where the waterfront is visible from certain tables. Takeout is also available, allowing diners to skip the often long wait for a table, plus score a discount on their meal. 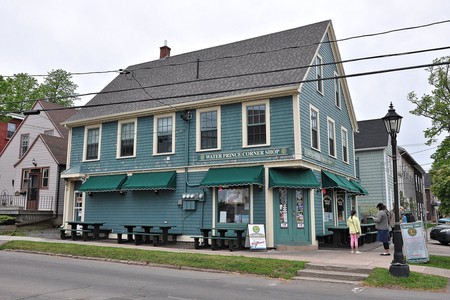 Set in a historic brick building in downtown Charlottetown, Claddagh Oyster House is best known for its seafood, including lobster, mussels, and premium oysters. Aside from seafood, the ever-changing menu features PEI Beef, pasta dishes, and chicken, in addition to an extensive wine list. The main restaurant is connected to the Olde Dublin Pub upstairs, where diners can enjoy an additional menu of pub classics, an excellent selection of beer, and live music during the summer months.

Set in a heritage brick-and-stone building, Terre Rouge Bistro Marche is part-bistro, part-upscale market with a focus on farm-to-table cuisine. The menu features comfort food dishes like mac n cheese and ‘chowda’ and biscuits, all prepared in-house with locally-sourced, organic ingredients. The frequently-changing menu also includes classic French dishes, like roasted marrow bones and steak frites. Seating is offered in the spacious interior, where the day’s menu is written in chalk on a massive 200-square foot menu; or outside on the restaurant’s patio. The market portion of the restaurant includes a deli and barista station, which serves cheeses, sausages, preserves, freshly baked pastries and coffee to-go.

This Lebanese restaurant is a rare gem in a province not typically known for offering a variety of international cuisine choices. Opened in 1979, Cedar’s Eatery has been featured in Canadian Living and Canadian Geographic magazines. The restaurant’s name comes from cedar trees, which are the national tree of Lebanon. The menu features traditional, homemade dishes like shish taouk, kababs, shawarma, and falafel, all of which are prepared from recipes that have been passed down over generations of the owner’s family. There are plenty of gluten-free, vegetarian and vegan options, plus the cozy bar on the upper level of the restaurant, Baba’s Lounge, is a popular local hang-out.

Leonhard’s Cafe and Restaurant offers dishes created from locally-sourced products, including gluten-free soups made from scratch; sandwiches made with freshly-baked bread and veggies purchased from the local farmers market; and desserts and baked goods made on-site daily. The menu also includes hot food items like burgers, schnitzel and omelets. The coffee is a bold roast produced by Down East Coffee from the neighbouring province of New Brunswick, and their specialty teas come from Lady Baker’s Tea Trolley, another local company.

The Churchill Arms is a classic British pub known for its good atmosphere and good beers. In addition to traditional pub food like steak & Guinness pie, bubble & squeak, and fish & chips, this pub is famous among locals for its delicious curries. Highlights include the mild korma, which can be made with chicken, beef, or veggies; as well as the spicy Madras, a dark curry unique to the British Isles. All the curries are served with naan bread, and a choice of Basmati rice or French fries. Diners can enjoy their meal along with a pint inside or outside on the patio.