Dreams Of Life And Death In Canadian Cinema 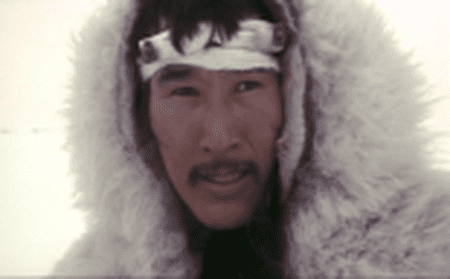 Since the early days of the National Film Board of Canada, the country has produced numerous original and compelling movies. The following list features a mix of films — some combining documentary and fictional elements — made by both English- and French- speaking directors,

Norman McLaren’s pioneering stop-motion film tells the story of two men living next to each other and their falling out following the appearance of a single new flower from the earth between them. They both approach, smell, and adore the flower and its wonderful scent, and for a brief time they dance around it, rejoicing together.

However, the two men soon begin to fight over the flower, first erecting fence panels to claim ownership of it, then descending into violence and brutality. It is at first a colourful and amusing short film, shot in sunny parkland and featuring cardboard houses and pipe-smoking gentlemen, but underneath the gentle entertainment lies some striking actions and a serious message: learn to respect, share and co-exist peacefully with those around you and rise above the animalistic traits that exist in all of us.

The Armenian-Canadian director Atom Egoyan tells the story of Simon, who – after reading how a terrorist planted a bomb in his pregnant girlfriend’s airplane luggage – adopts the story as that of his own parents, placing himself as the unborn child. His high-school tutor encourages him to develop it as a drama exercise and Simon soon runs with it, holding multiple online discussions which lead to wider debates on terrorism and martyrdom.

The film unravels to reveal the reasoning behind Simon’s decisions and his tutor’s particular interest. The performances vary in quality, yet succeed in conveying ideas of religion, perception, and fictionalisation, which form the backbone of an important and complex narrative. Egoyan highlights elements which help form misguided attitudes and asks us to reflect on questions that are extremely relevant.

Don McKellar’s low-budget independent film follows a small number of characters on the eve of the Earth’s apocalypse. Patrick, played by McKellar, is the film’s central character, who initially chooses to spend his final hours listening to music and drinking wine, surrounded by his dead wife’s mementoes. Patrick then meets and befriends Sandra, who becomes stranded whilst heading home to fulfil a suicide pact with her husband. Patrick’s friends and family depict very different attitudes towards their imminent demise, including a sex marathon and a family meal accompanied by presents. McKellar’s decision to prioritise individual lives and decisions above frantic ‘end of the world’ behaviour is a refreshing treatment of an old subject.

Spanning decades, Incendies is structured around two timelines, the first being present day. Having been left with two mysterious requests from their mother’s will, this timeline follows a brother and sister investigating their mother’s past. The second timeline follows the mother, beginning with a traumatic event in her early adult life, and the separation from her baby son. The scale of the story creates an attachment to the mother’s character as the audience shares her suffering throughout. Beyond the investigative nature of the film, Incendies is primarily a depiction of the parent-child bond and the resilience of a mother who sadly only commands the action in death.

Xavier Dolan’s debut film is a powerful effort which carefully builds a sense of despair through the relationship of Hubert and his mother Chantale. The story follows their deteriorating bond and Hubert’s failed attempts at rising above his mother’s seemingly selfish and uncaring behaviour. The pushing and pulling between the two quickly draws the audience into their dilemma, provoking a real desire to witness a resolution. Hubert’s homosexuality and relationship with Antonin is handled sensibly and does not lapse into romanticism or stereotype. The script has moments of sharpness and the words linger long after the scene has passed. Amusing, extreme, frustrating and beautiful, I Killed My Mother identifies Dolan as an exciting new French-Canadian director and performer.

This film is the first to be entirely written, directed and performed in Inuktitut (Inuit language spoken in Canada). Based on an Inuit legend, it depicts an evil spirit which causes problems for a community in which its future nemesis is born and raised. The protagonist Atanarjuat fights and looses to Oki, whose promised wife loves Atanarjuat, and later seeks revenge by killing his brother and hunting him across the Arctic planes. Mannerisms and expressions are simplified, and the frozen landscape becomes comfortable and ordinary rather than hostile and isolating. These subtle qualities bring an underlying truth to the more dramatic scenes, such as Atanarjuat’s long escape run across the ice.

Denys Arcand returns to the characters of Remy and friends he depicted in his earlier film The Decline of the American Empire (1986). As a new generation enters the frame, the opposing political and economic values come to the fore. This clash of time underpins change alongside the notion that everything in life is transitory. The film focuses on Remy as he lives out his final days suffering from terminal cancer. On the surface, The Barbarian Invasions is bleakly depressing. Yet Arcand infuses it with politics, philosophy and Remy’s past sexual and intellectual exploits to maintain a feeling of warmth and celebration. Only in the final moments does this subside, making way for the poignancy of Remy’s death.

The film, roughly translating to ‘for the continuation of the world’, follows Neighbours in the National Film Board of Canada’s canon of groundbreaking animation and documentary films. This docufiction depicts the reenactment of the traditional Beluga whale hunt by the residents of L’Isle-aux-Coudres, Quebec. It is an early example of Direct Cinema, whereby the filmmakers’ desire is to record and represent people and events truthfully. The film has a raw and personal feel, respectfully capturing the L’Isle-aux-Coudres community. It highlights the cultural and historical significance involved in preserving old customs, revealing the ingenuity involved in the safe capturing of the whale.

Guy Maddin is an institution of Canadian cinema. His films reconstruct the style of silent and early sound films and often focus on surreal relationships between his mother, father and a fictionalised version of himself. My Winnipeg is a fantastical docufiction of Guy’s hometown in which ‘Mother’, and her other sons who are played by actors, move back into the family home as part of Guy’s experiment to reconstruct the family history.

Parallel to this, the real Guy narrates a journey through the people, places and happenings of his childhood in Winnipeg. Mysterious and grotesque stories unfold as the audience becomes immersed in Maddin’s mythology. Buildings are given human emotions, maternal and sexual feelings are confused, and the lines between fact and fiction become buried. The colour video of ‘present day’ occasionally invades the film to create a stark contrast which is most unwelcome.

David Cronenberg’s cinema began with body horror, before taking the macabre towards science fiction. Dead Ringers marks the peak of Cronenberg’s third phase, in which horror, technology and psychology are fused together. Dead Ringers tells the story of identical twins who are pioneering gynaecologists. The confident Elliot seduces women, tires of them and then leaves them to his shy brother Beverly.

When a patient of particular scientific interest becomes involved, discovers their secret and pursues a relationship with Beverly, the twins’ equilibrium is disrupted and their lives begin to deteriorate. The steely blue palette intensifies this cold but painfully human film and Jeremy Irons excels in personalising both twins. The psychological power comes from Cronenberg’s depiction of Elliot and Beverly as two parts of one whole, and their hopeless suffering as they spiral in unison.