For Decades, Canada and Denmark Have Been Politely Fighting Over This Tiny Island 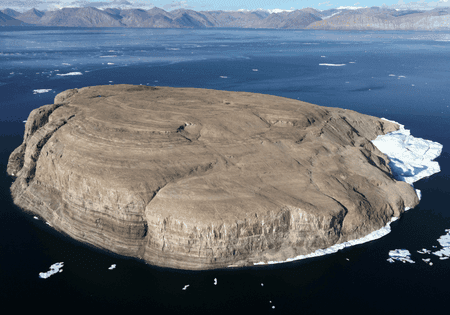 Hans Island is essentially a huge rock smack bang in the middle of the Kennedy Channel, which is part of the Nares Strait. This narrow passage of water separates Ellesmere Island of Canada from northern Greenland, a territory of Denmark, and connects the Baffin Bay with the Lincoln Sea. For decades, this small uninhabited island has been at the heart of one of the world’s friendliest territorial disputes between Canada and Denmark, a dispute being fought rather tastefully with whiskey and schnapps.

Hans Island is one of the smallest of three islands located in the Nares Strait. The others are Franklin Island and Crozier Island. The Nares Strait is 22 miles (35 kilometers) wide, and the island falls within the 12-mile (19-kilometer) territorial limit of both Canada and Denmark. Under international law, any country can lay claim to territory within 12 miles of their shore.

Hans Island was first disputed in 1933 but mostly forgotten about during World War II. In 1973, Canada and Denmark went about establishing a clear border through the strait but were unable to come to an agreement over Hans Island, so they decided to resolve it later. 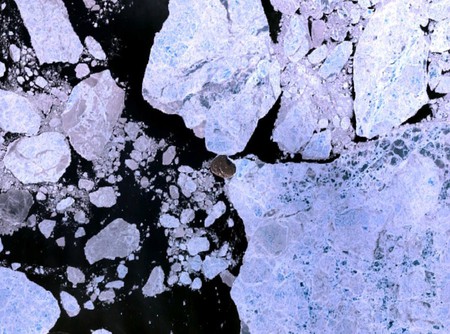 In 1984, Canadian troops visited the island and put up their flag but also left behind something rather odd, a bottle of Canadian whiskey, thereby sparking the territorial dispute once again. The Danes weren’t going to let that fly. Shortly after, Denmark’s minister of Greenland affairs visited Hans Island and placed a Danish flag on it. At the foot of the flag, he also left a welcome note that said, “Welcome to the Danish island”; he left a bottle of brandy too.

Since then, the two countries have waged a spirited “whiskey war” over Hans Island. Though Canada and Denmark continue to disagree over the island, there are talks underway that will allow Hans Island to be a shared territory between the two countries.

In the meantime, the two governments have kept up the well-meaning exchange of flags and bottles over the years. Every time the flag on Hans Island changes, the bottle also gets replaced. For the Canadian military, it’s a bottle of Canadian Club, while the Danish military leaves behind a bottle of schnapps.