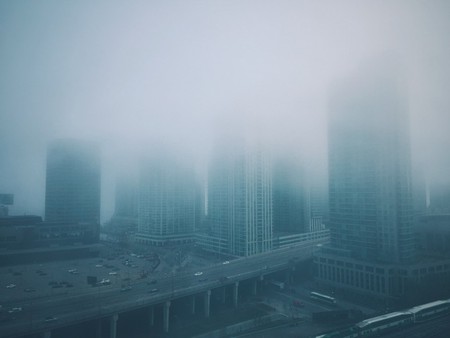 Toronto, a bustling city brimming with culture and commerce, has its own creepy urban legends. While they should be taken with a grain of salt, it’s eerily fascinating to hear about strange occurrences, from ghostly experiences at University of Toronto, to secret alien bases beneath Lake Ontario. Below is a list of the creepiest urban myths Toronto has to offer. 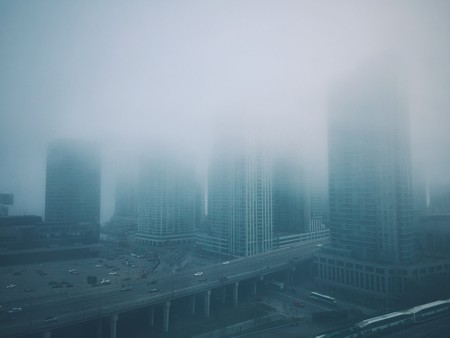 Toronto in the fog | © Adam Schoales/Flickr

Flashback to your adventurous self from childhood, engaged in a round of hide and seek in your neighborhood with friends. You find the perfect hiding place: an empty concrete tunnel. Crawling into the tunnel and looking up ahead, all you encounter in the darkness is a pair of red eyes looking back, menacingly whispering, ‘leave me alone.’ While this story could sound like a cautionary tale for children told by parents, it wasn’t far from the truth. In 1979, a 51 year old man named ‘Ernest’ went looking for his missing kitten on Parliament St, and had such an experience. The monster was described as having grey fur, red eyes, and weighing approximately thirty pounds. This story has prompted the City of Toronto to inspect the tunnel over safety concerns that children might try to enter. There are no other eyewitnesses, and it has all the traits of being a perfect urban legend: a monster, an intriguing story, mystery, and the ability to give you goosebumps.

To the surprise of many, the TTC map doesn’t show every single stop that was once a part of Toronto’s underground system. There are hidden stations, no longer in service, which are normally inaccessible. Lower Bay Station was open during the early days of the TTC, but abandoned later on. Today, the station is often used for filming Hollywood films or music videos. However, it’s a dark oblivion that echoes within itself when filming ceases. There are even rumors amongst TTC workers of a ghost called the ‘lady in red,’ wearing a red dress who appears on the platform when no one else is around. 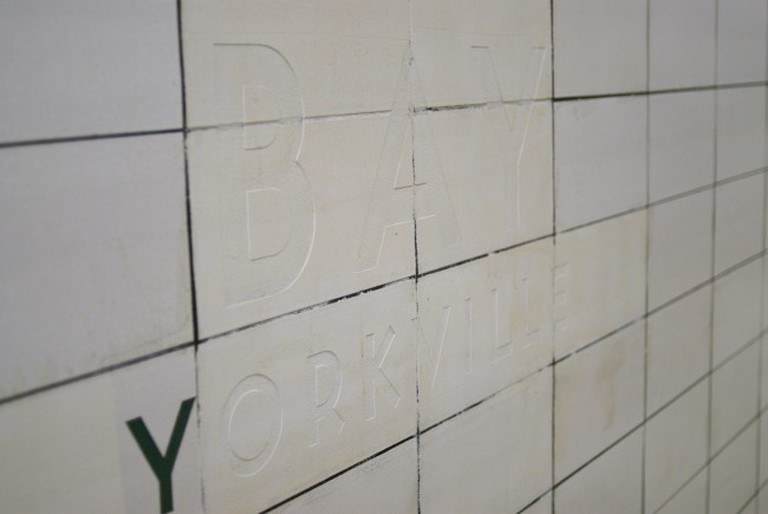 What do Area 51 and Lake Ontario have in common? Very little, apart from alien conspiracy. Underneath the lake, according to conspiracy theorists and extra-terrestrial enthusiasts, is an alien base which causes strange light patterns to be occasionally seen. It’s rumored that orbs of light, seen during the night, fly in the general direction of a power plant located in Mississauga, the Lakeview Hydroelectric power plant. As far as credible UFO sightings go, there isn’t conclusive evidence to prove that a base exists in the lake. Still, the thought of aliens choosing to live in Toronto underneath the sewage disposal is humorous to say the least. 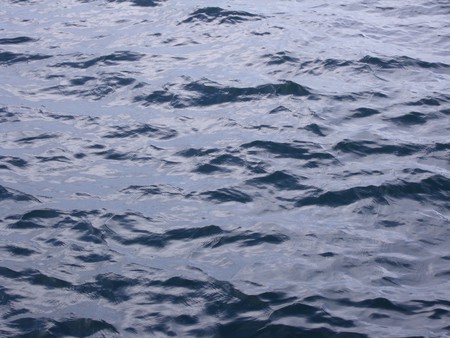 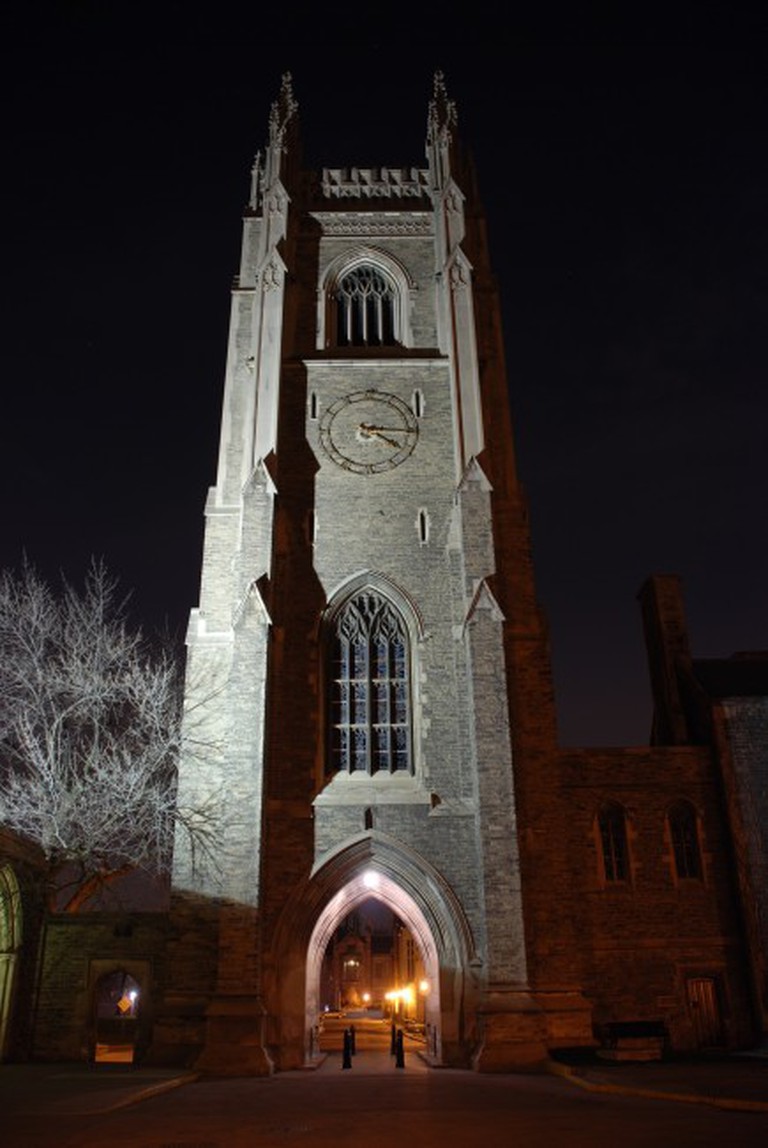 Soldier's Tower at Night | © MarcusObal/WikiCommons
The University of Toronto downtown is a collection of historical structures with a long history of achievements. It isn’t surprising to hear that there are some urban legends attached to Toronto’s historical university. The Soldier’s Tower, a bell and clock tower unveiled in 1924, serves as a memorial to the Canadian soldiers who fought in the World Wars. Supposedly, a caretaker slipped off the tower while cleaning the bell and fell to his death in the 1930s. Today, some students have claimed to see a man falling off the tower; but upon arriving to the scene there was no one in sight. At night, others say the caretaker’s room is lit with his silhouette.
Open In Google Maps
Hart House Circle, Old Toronto Toronto, Ontario, M5S 3H7, Canada
+14169783485
Visit Website
Give us feedback

The Legend of Gibraltar Point Lighthouse

A historical relic on the Toronto Islands, this lighthouse is shrouded in a mysterious legend that has existed for over a century. According to legend, the first keeper of this lighthouse, J.P. Radan Muller, angered some soldiers from Fort York. Muller was selling whiskey to the soldiers, when they discovered he was watering down their liquor. When the soldiers confronted Muller, a drunken brawl broke out and the lighthouse keeper was murdered; the only signs of suspicion was blood cascading down the spiraling stairs, with no body in sight. Years later, in 1893, another lighthouse keeper, George Durnan, decided to search for the corpse, and eventually discovered that scattered bones were buried near the lighthouse. A jawbone was found, although it was not possible to conclude whether or not it was Muller’s. As one of the oldest urban legends in Toronto, the truth behind Muller’s death and the identity of the murderer(s) remains a mystery to this day. 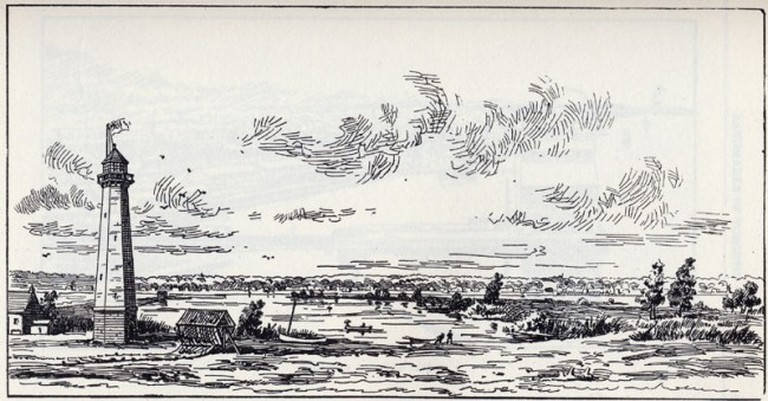 Since 1914, the ROM features stunning historical artifacts, and is a top tourist destination in Toronto. However when night falls, things have the potential to get creepy. An empty, quiet, dark museum is strange all on its own, but a ghost walking its halls is the finishing touch. According to the night-shift security workers at the ROM, former director Charles Trick Currell stalks the halls from time to time at the East Asiatic Collections. On several occasions, there have been reports of ghostly experiences in the museum such as shoulder taps, voices, and an eerie atmosphere. Not only is the ROM a destination for history buffs, it is also the place to go for paranormal thrill-seekers. 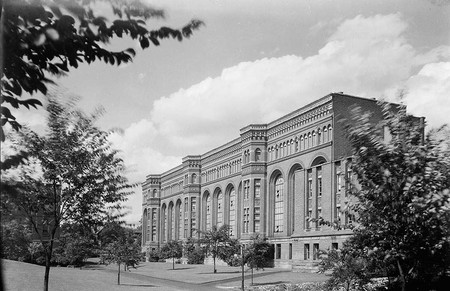 Interested in more ghostly stories in Toronto? Check out The Haunted Walk and their Toronto events to tour the most haunted areas of Toronto.