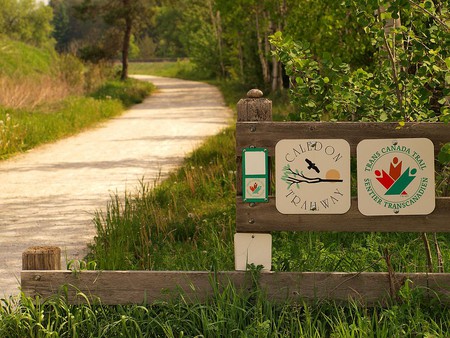 As Canada prepares for its 150th birthday in 2017, plans are well underway to finish connecting the country’s – and world’s – longest recreational trail. Since Canada has no shortage of landmass, nature, or wildlife, it’s no surprise that the nation is home to the longest car-free cross-country trail: The Great Trail. To coincide with the nation’s 150th anniversary of Confederation, the Trans Canadian Trail – all 14,864 miles of it – will finally be completely connected, allowing trail lovers to traverse from Montreal to the Yukon.

The project, which began in 1992, has made considerable headway in connecting the trails. As of today, 87 percent of the planned paths – 20,700 kilometres, or 12,905 miles, to be exact – are already connected. That leaves one year to connect the remaining 2,050 miles. Planners are working to tap into The Great Trail’s multi-use potential, keeping bikers, hikers, and horseback riders in mind and encouraging users to ‘Travel The Great Trail Your Way.’ The project is also taking advantage of water-based trails, including stretches of the path – 26 percent of the total distance – for kayakers and paddlers. 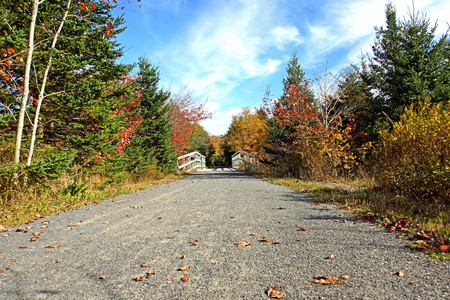 To help support the 2017 goal, the Government of Canada is matching 50 cents of every dollar donated to the Trans Canada Trail, a not-for-profit organization.

As for plans for the trail once the existing 14,864 miles are connected? Trans Canada Trail President and CEO Deborah Apps assures it’s just the beginning, telling Condé Nast Traveler, ‘The Trail will never be complete. We will continue to build and improve this treasure for generations to come.’

To support the completion of The Great Trail and the Trans Canada Trail organization, head here.