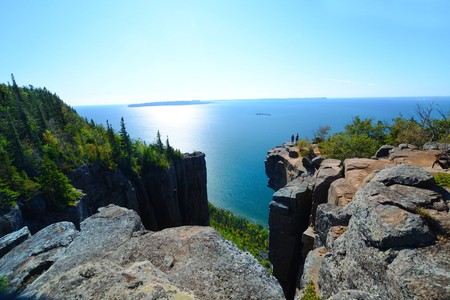 Canada is renowned for remarkable scenery, enclaves of culture, and captivating cities. While much of this vast country stays unexplored, on and off the beaten path, nothing can compare to the unique attractions, locations, and places that have drawn the rest of the world’s interest and pleasure here! However, these impressive destinations in the Great White North rival the greatest holiday spots and give visitors an opportunity to explore the rest of Canada’s wondrous beauty.

The spectacular northern lights are on the bucket lists of thousands of people the world over. Every year countless visitors trek to Finland, Norway, Sweden, Iceland, and even Scotland to catch a sight of this astral marvel. If you have wanted to see this breathtaking natural wonder, consider these Canadian destinations instead.

Tucked away in the Canadian Rockies, Banff National Park is one of the most popular places for visitors to experience the phenomena in all its glory. Apart from being one of the most amazing parks to visit in Canada, the low pollution levels create ideal conditions for viewing the northern lights. Every fall, bright bursts of colour fill the night skies of Whitehorse in Yukon, and along this prime auroral location, there are numerous options for lodging (everything from camping to lakeside homes and cottages). From mid-November to the beginning of April, Yellowknife is another area where the gleaming lights are often sought. 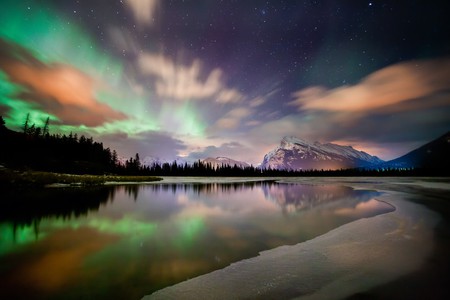 Off the west coast of British Columbia, in the Pacific Ocean, is an island of mystique. A remote haven, accessible only by air or water, Haida Gwaii is a curious little paradise. Surrender your senses to the hot springs, immaculate beaches, local wildlife and culture of the Canadian Galápagos. If you have to arrange an itinerary, then plan your days around observing the tide, paddling or surfing in the moonlight. Take flight at the Delkatla Wildlife Sanctuary by discovering 140 different species of birds. Feed your soul with a traditional Haida feast at Keenawii’s Kitchen or find New Moon Over Naikoon, a cute little wooden bakery hidden away in the forest where you can get cinnamon rolls fresh from the oven. 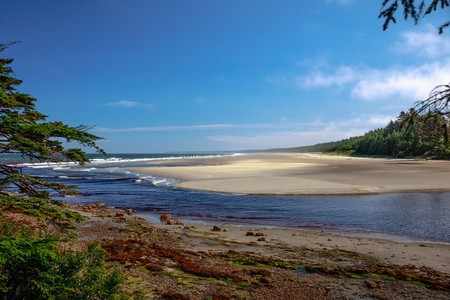 If you lust after idyllic isles off the coast of France along with blissful views of the sea, then here’s a secret that many don’t know. Although the collection of islands scattered along the coastline from Brittany down to the French Rivera are also a must, Saint-Pierre and Miquelon is Canada’s very own hidden French gem. To get here, visitors need a passport and some euros, because these two small islands, just a 25-kilometer sail from Fortune, Newfoundland are the last remnants of New France’s colonial empire. Experience a slice of culture straight from France, as the 6,000 locals living in Saint-Pierre and Miquelon are actually French and you’ll find some of the best Brie, baguettes, French seafood and wine available in these parts of the world.

The Hamptons are one of New York’s most coveted summer getaway destinations. Canada’s answer to this glamorous and pricy Long Island stretch that has attracted celebrities like Tom Hanks and Kate Hudson is much more accessible. For some time now Muskoka has been dubbed the Canadian Hamptons or the “Hamptons of the North.” Just a two-hour drive from Toronto and with over 1500 lakes, lush maple trees, iconic pine forestation, and spectacular views, it is one of the top weekend summer escapes for city-slickers. As part of Ontario’s esteemed cottage country, visitors can expect beautiful lakeside vacation homes, extraordinary scenery, vista trails, craft breweries, wine, and waterborne activities. The best nature experiences in Muskoka come via 30,000 freshwater islands at Georgian Bay Islands National Park, and stargazing in the pitch-black darkness of Torrance Barrens Dark Sky Preserve. 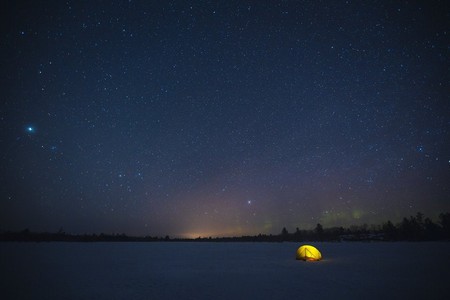 For old world charm and fairytale vibes like those found in many places throughout Europe, head to Québec City. It is the only remaining fortified city north of Mexico, for over four centuries globetrotters have flocked to the cobblestone streets to discover the city’s story. National Geographic calls it a tale of two cities. One tale is of Canada’s oldest city, where travellers can explore the past by taking a horse-drawn carriage alongside stone walls that are hundreds of years old, their path illuminated by gas lanterns. The other tale is full of sexy nightclubs, stylish restaurants, delicious wine, people-watching, late-night eats, and more cultural delights that nod towards Europe but possess the welcoming spirit of Canada. The best part is that both sides of this story come with picturesque views. 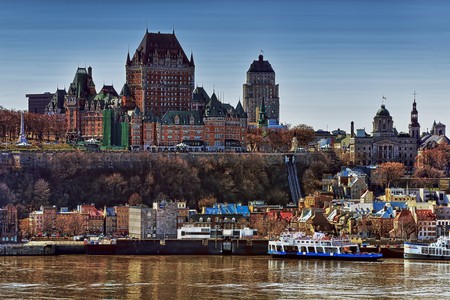 The famous Glencoe is one of Scotland’s most magnificent glens. It’s no wonder the mesmerising landscape has been romanticised and immortalized in movies such as Braveheart. Although glen is not a word often spoken in Canada and there is nothing in this world quite like Glencoe, Gros Morne National Park also has striking cliff formations, beautiful river valleys and lush green pastures. It’s a magical escape for camping, snowshoeing, observing nature, and photography. Or you could take a boat excursion to experience enchanting fjords and other geological wonders. Plus, while Glencoe is a well-known destination, Gros Morne National Park, for the most part, stays a hidden gem mostly unknown to tourists despite being a designated UNESCO World Heritage Site since 1985. 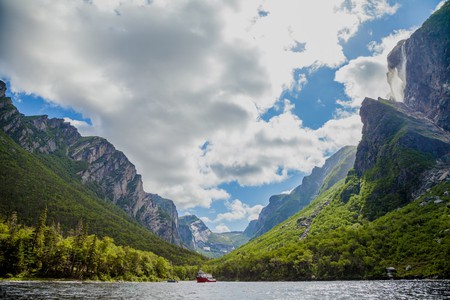