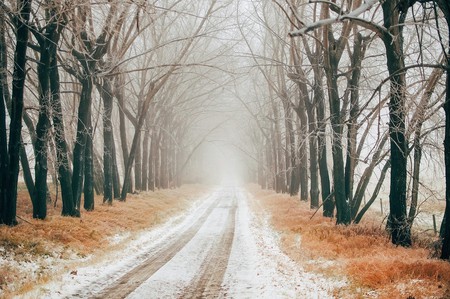 Canadians are usually adventurous people, seeing as their home country is brimming with breathtaking natural landscapes waiting to be explored. Fortunately, many of them document their experiences on travel blogs. If you are looking for some travel inspiration from Canada and around the world, check out these Canadian travel bloggers.

Cailin O’Neil is a full-time travel blogger, writer, and filmmaker from Halifax in Nova Scotia. She has traveled to over 47 countries so far. Some of her trip highlights include snorkeling the Great Barrier Reef, tasting just some of Germany’s many beers, searching for Scotland’s Loch Ness monster, and going on over 20 safaris in Southern Africa.

A now family-focused blog, Cam and Nicole Wears reside in Vancouver with their two young sons. They are experts at showing how anyone can travel the world while working and raising a family. They have visited over 65 countries together and established their blog in 2008. Their archives feature excellent tips from all over the world and for every type of traveler.

The Planet D is one of the most popular travel blogs in the world today. Dave and Deb from Toronto have created a blog filled with information, photos, and fun videos from seven continents, as they focus on their motto: “adventure is for everyone.” They have won numerous awards and have over 2.1 million followers on social media.

Paul and Dalene Heck are a couple from Calgary who have traveled the world long-term since 2009. They’ve taught Bolivian children to swim, kayaked among icebergs in Greenland, and opt for housesitting whenever possible. Unfortunately, their travels are currently on hold due to Dalene’s cancer diagnosis, but they say they’ll be back on the road in no time: “This life is too good to stop now.”

To Europe and Beyond

Although this title makes you believe it’s written by a European, Montreal-based Marie-Eve Vallieres is just in love with Europe. She admits she can’t stay away from the continent for more than a few months, and her particularly favorite area is northwestern Europe. But as her title suggests, her blog goes beyond Europe and around the world. Marie-Eve says she wants to show her readers that travel can be “empowering and safe, luxurious yet sensible, fulfilling on various aspects.”

Brock was raised in rural Canada but calls Toronto home in between trips around the world. His blog began in 2009 when he took a year-long solo backpacking adventure across 36 countries and six continents. He vlogged this journey, and he continues to do so. He says he has an ongoing love affair with three very different countries: Kenya, Italy, and Tibet.

Jodi Ettenberg is a former New York City lawyer and Montreal resident who quit her job in 2008. She has been traveling and eating her way around the world ever since. Jodi chronicles her food adventures as a celiac, which definitely alters what she can eat abroad. When not writing gluten-free travel guides, Jodi sells unique hand-drawn maps inspired by food.

Nadine Sykora is a Vancouver-based travel blogger, vlogger, and videographer who has over 317,000 subscribers on YouTube. She has traveled to over 48 countries in the past five years and has documented many of these adventures through blog posts and videos. Nadine posts videos about packing tips, what she eats as a vegan in different countries, and her adventurous travels, all of which will fuel your wanderlust.

An inspiring travel blog that is equal parts Canadian and Indian, Mariellen Ward is based in both Toronto and Delhi. She considers India to be her “soul culture,” even though Canada is her country of birth. Breathedreamgo is an excellent resource for both Canadian and Indian travel. Mariellen focuses on “meaningful adventure travel” on her blog and is an advocate for women’s solo travel.

Kristen Sarah is not only a Canadian travel blogger and videographer, but she also works as a television host and actress. The two worlds blend together seamlessly in her fun travel videos, hosted alongside her husband, Siya. Kristen has visited 40 countries, and her YouTube channel has over 110,000 travel-loving subscribers. Her goal is “to create insightful, inspiring, useful and entertaining content that will influence others to travel independently.”

Pamela is a solo traveler from Ontario, although she’s currently living in Quebec City. She quit her retail management job in 2010, and since then, she has been traveling (and eating) around the world and writing all about it on Savoir Faire Abroad, as well as for other publications. Along with Quebec City, Pamela calls Bangkok another of her “homes” when she isn’t in Ontario.