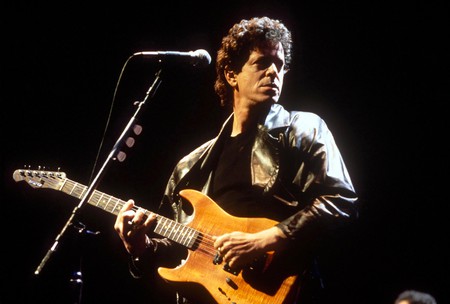 Lou Reed’s hit song ‘Take a Walk on the Wild Side’ has been accused of containing transphobic lyrics by a Canadian student group.

The statement was published on Facebook but has since been deleted.

According to MRCTV, it read: ‘It’s come to our attention that the playlist we had on during bus pass distribution on Thursday contained a song with transphobic lyrics (Lou Reed, ‘Take a Walk on the Wild Side’).

‘We now know the lyrics to this song are hurtful to our friends in the trans community and we’d like to unreservedly apologise for this error in judgement.’

The lyrics in question focus on iconic transgender stars Holly Woodlawn and Candy Darling, who were Reed’s friends from Andy Warhol’s Factory.

He sings: ‘Holly came from Miami, FLA/Hitchhiked her way across the USA/ Plucked her eyebrows on the way/ Shaved her legs and then he was a she/ She says, “Hey, babe, take a walk on the wild side.”’

The group claimed the lyrics ‘dehumanise and fetish’ transgender people by suggesting they are ‘wild’.

No complaints were reportedly made about the song being played.

Reed’s friends have reacted in disbelief over the accusation, with Jenni Muldaur blasting it as ‘completely ridiculous’.

She told the Guardian: ‘Lou was open about his complete acceptance of all creatures of the night.

‘That’s what that song’s about. Everyone doing their thing, taking a walk on the wild side. I can’t imagine how anyone could conceive of that. The album was called Transformer. What do they think it’s about?’

Hal Willner, the singer’s producer, added: ‘I don’t know if Lou would be cracking up at this or crying because it’s just too stupid. The song was a love song to all the people he knew and to New York City by a man who supported the community and the city his whole life.’