This month, renowned Armenian-Canadian director Atom Egoyan will be premiering his newest feature, Remember, at the Toronto International Film Festival. Since his big break with Exotica in 1994, Egoyan has challenged his audiences with non-linear films that look at the failure of people to connect to one another as a mystery. From the lost souls of Exotica to the shattered community in The Sweet Hereafter, here are five essential Atom Egoyan movies to check out. 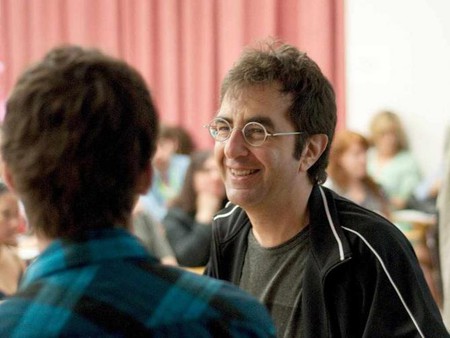 ‘Everybody knows that the war is over/Everybody knows the good guys lost…’: this nihilistic anthem by Leonard Cohen is the preferred track of Christina (Mia Kirshner), a dancer at the Exotica, a sultry and sinister nightclub where she shares a mysterious bond with a grieving father that confuses and infuriates those around them. Starting with these characters, the plot moves outwards with trails that connect the cast both to a shared past and an inexorable future. Winner of a slew of awards from the FIPRESCI Prize at Cannes to Best Feature at TIFF, Exotica was the movie that put Egoyan on the map, and it still exhibits much of his preoccupations, from the nature of personal tragedy to the sinister nature of beauty.

Gaining Egoyan nominations for both Best Director and Best Adapted Screenplay at the 1998 Academy Awards, The Sweet Hereafter is an adaption of the book by Russell Banks and follows residents of a small town wracked by a tragic school bus accident as they’re pushed by to file a class action lawsuit by a mysterious lawyer. In The Sweet Hereafter, Egoyan uses the allegory of the pied piper to interrogate the notions of retribution and bereavement as well as the chasm between people’s public and private personas.

Another of Egoyan’s key themes is identity: what makes us who we are and what symbols do we use to define ourselves? In 2008’s Adoration, Egoyan looks at this question in the context of the internet. Troubled teenager Simon (Devon Bostick) uses a class assignment to work through his trauma over his parents’ death by reimagining them at the heart of a terrorist plot, a narrative he shares on chat rooms. Dense, intellectual and painfully personal, Adoration looks at the fragility of memory, the burden of family, and the fickle nature of truth. 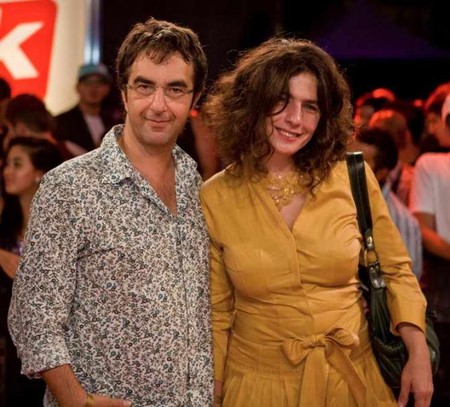 With 2002’s Ararat, Egoyan plunges into his Armenian heritage to make a movie about the Armenian Genocide, which, in typical Egoyan-fashion, is about the ethical dilemmas of making a movie about the Armenian Genocide. Once again, truth, lies, and identities clash as the cast of characters bears the burden of crimes the Turkish government still refuses to admit their soldiers committed a century ago. Possibly the most ambitious of Egoyan’s projects, Ararat still maintains a razor focus on the trauma of its characters and how they struggle to make sense of a tragedy larger than they are.

Toronto has nurtured a vital film industry based on tax cuts and its ability to stand in for other cities. Yet Egoyan chose to set his 2009 erotic thriller, Chloe, here because he knew his hometown could be every bit as sensual, mysterious, and edgy as New York or San Francisco. Taking place in smoky hotel bars and hyper-modern living spaces, the film follows a doctor (Julianne Moore) who hires an escort (Amanda Seyfried as the eponymous Chloe) to try and seduce her husband (Liam Neeson). Chloe represents a bit of a departure for Egoyan, as its his highest grossing film and also the first he did not write himself, but shares some similarities with Exotica as both interrogate the nature of desire. Chloe and Christina’s beauty provides a blank slate for people to project their own hopes and dreams while no one really sees the pain that hides behind their façades.