Emerald Lake in the Canadian Rockies | © Deb MacFadden / Flickr
Canada is known for its incredible wildlife, rugged coastline, and stunning scenery. One of the best ways to see all of these elements is on a kayaking trip. Check out these 10 incredible canoeing adventures across Canada, which range from half-day to weekly explorations.

Imagine waking up every morning, getting in your kayak and canoeing alongside orca whales—this can be your reality in British Columbia. There are many tour companies, including Wilderness Adventures and North Island Kayak, which offer everything from overnight to six-day excursions around Johnstone Strait off Vancouver Island. This locale is where killer whales feed on salmon from mid-July to early September. Other Canadian wildlife that may be spotted include eagles, deer, otters, and seals. 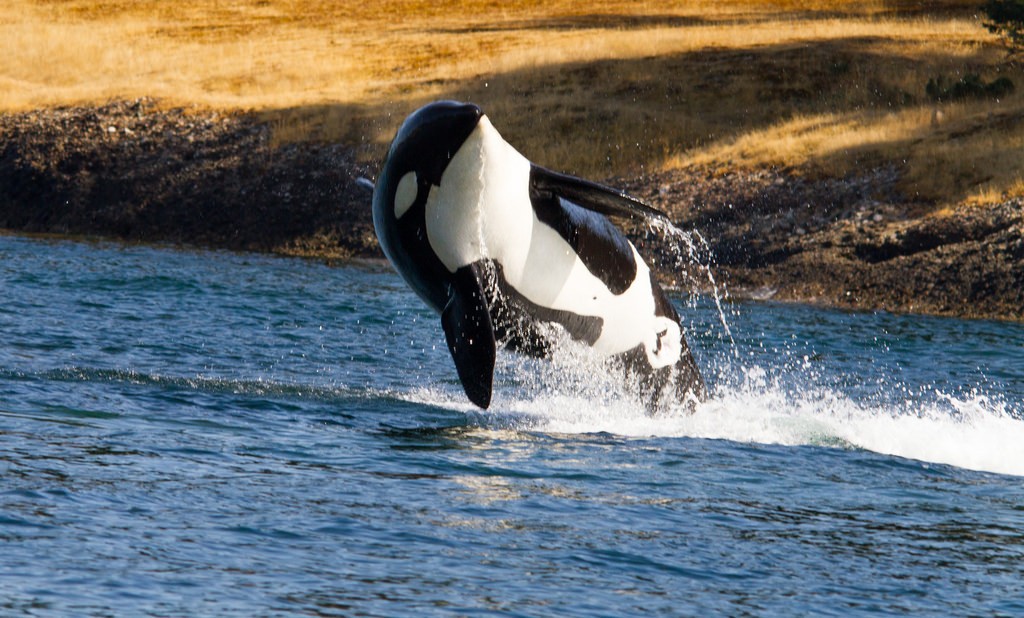 Nahanni National Park was the first park to be named a UNESCO World Heritage Site. The South Nahanni River was made famous when former Prime Minister Pierre Trudeau canoed through its white water in 1970. Parks Canada recommends that kayakers take trips alongside a registered and licensed outfitter. The best time to visit is June to August. Highlights include 42 mammal species, Virginia Falls, canyons, and hot springs. 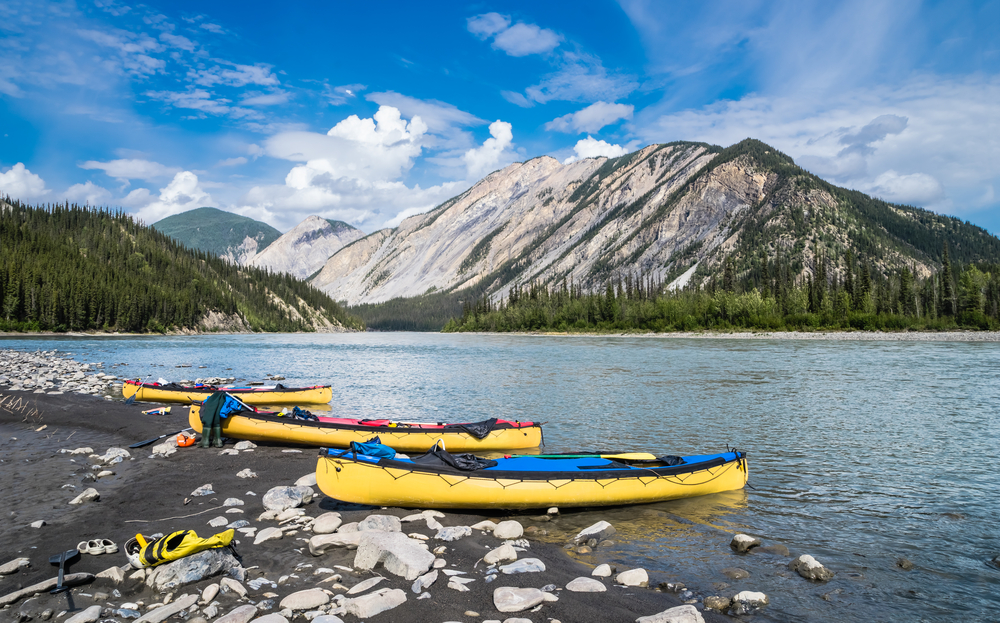 Forest, Park
Named after its red granite bedrock, Bloodvein River flows west from Woodland Caribou Provincial Park and Atikaki Provincial Park in northwest Ontario. It ends in Lake Winnipeg’s east side and goes through the boreal forest area of the Canadian Shield. A trip along Bloodvein River can take between nine and 15 days. First Nation people have used the river for transport for centuries, so their petroglyphs and imagery can still be seen on the river’s shoreline cliffs.
More Info
Open In Google Maps
Manitoba, Canada

Building
Rideau Canal at Night | © PoYang_博仰 / Flickr
Stretching 202 kilometers (125 miles) from Canada’s capital to Kingston, the Rideau Canal is a UNESCO World Heritage Site and a perfect place to paddle. If you want to tackle it in its entirety, it’s best to set aside six to 10 days and begin in Kingston. The canal is less crowded on the cusps of summer, such as May/June and September/October. There’s also many access points and campsites along the way. For a half-day adventure, kayak from Ottawa’s Dow Lake to Chateau Laurier.
More Info
Open In Google Maps
Old Ottawa East, Ottawa, Ontario, Canada
+16132835170
Visit website

Kayakers have begun to flock to Desolation Sound in recent years. Desolation Sound Marine Provincial Park has more than 60 kilometers (37 miles) of shoreline, as well as many islands, bays, and snug coves. It’s also home to the warmest salt water north of Mexico. Although there are many tour companies offering trips, there are also rental shops located in the Powell River and Lund Area, for an independent adventure.

Desolation Sound, Comox-Strathcona I, BC, Canada 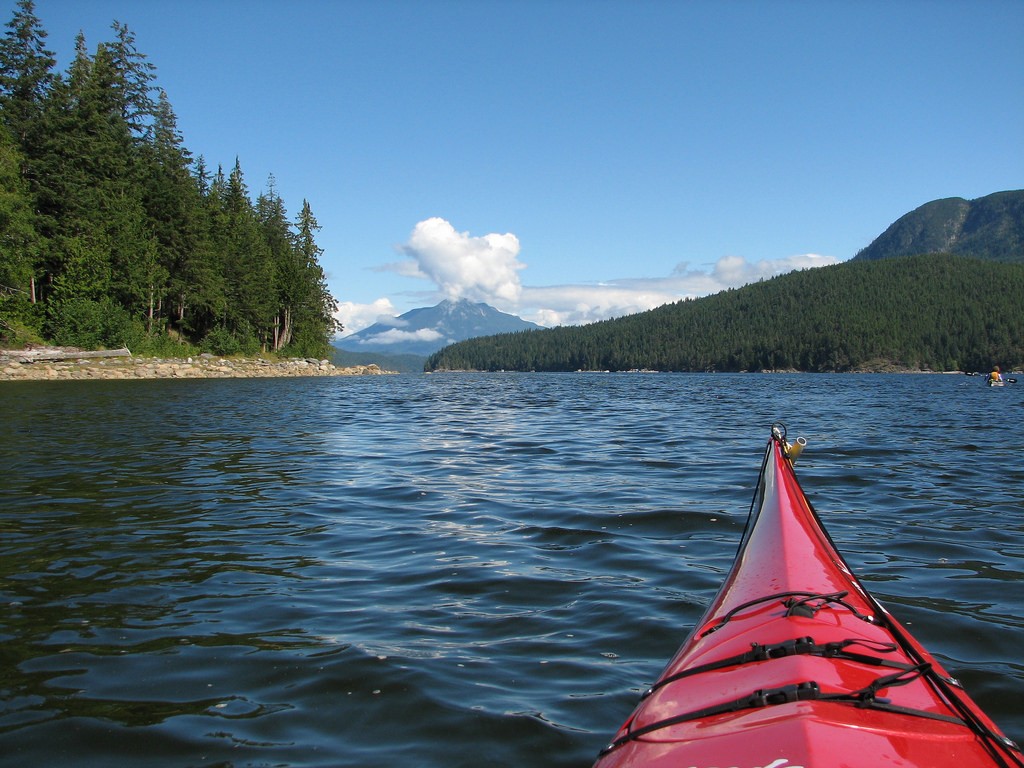 Alex Hall from Canoe Artic Inc. has paddled more miles in the barren lands than anyone else. Let him take you on an arctic canoeing adventure in the Northwest Territories along the Thelon River and other tundra and barren land rivers. His trips range from eight to 12 days. Expect to see a myriad of wildlife, including wolves, bears, muskoxen, moose, and so much more. Prepare to experience one of the most remote locations on the North American continent.

Park
The Bowron Lakes Circuit was named one of the world’s top 10 canoe trips by Outside Magazine. It includes a chain of lakes and rivers in Bowron Lakes Provincial Park. It’s a 116-kilometer (72-mile) trip, and most people begin by going in a clockwise direction from Kibbee Lake. Experts say it’s an easy adventure to do alone, which can take from six to 10 days.
More Info
Open In Google Maps
British Columbia, Canada
+17784148014
Visit website