Significant Canadian Artists You Should Know 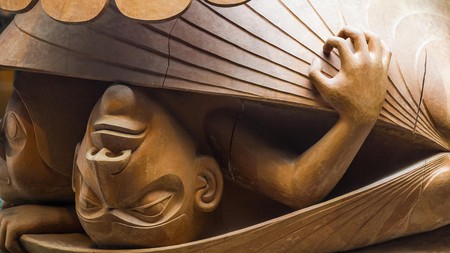 Artists in Canada have long drawn on the landscapes and wildlife of the country for inspiration. This list of great Canadian artists highlights two types of creative talent – one group of artists, such as Emily Carr, for whom the history and traditions of Canada have been the most important influence in the development of their work; and another group who have taken a more global approach, including the Berlin-based Janet Cardiff. Either way, their work will help you understand the Canadian history and identity. 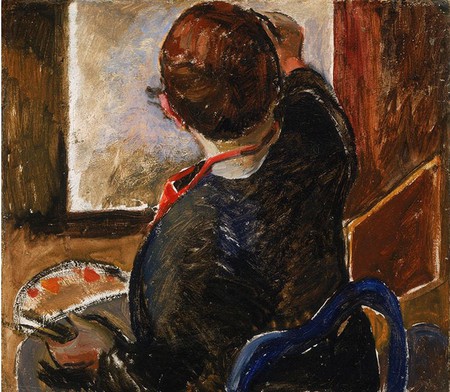 Emily Carr was born in Vancouver, Canada and spent her career writing and painting on themes related to the indigenous people of the Pacific Northwest, their culture and the landscape in which they live. In 1898, Carr traveled to Ucluelet on the west coast of Vancouver Island on the first of several art-inspired trips, to create work among the Nuu-chah-nulth people – a group of 15 related tribes. In 1910, Carr went to Europe to educate herself on the dominant artistic trends of the period there. She studied in Paris and with the modernist painter Harry Phelan Gibb. On her return, she became one of the first Canadian painters to bring modernist and post-impressionist styles to the country. The artist’s interests evolved as time passed, and landscapes, rather than indigenous people, dominate her later canvases. 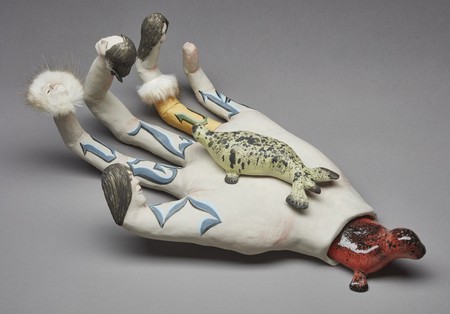 ‘Sugluk’ (2016) is a sculpture by John Kurok, with painting and details by Shary Boyle | © Shary Boyle

As the Canadian pavilion representative for the 55th Venice Biennale art expo in in 2013, Shary Boyle has taken her place at the forefront of the international contemporary art scene. A graduate of Ontario College of Art and Design, Boyle traverses a range of media, including sculpture, drawing, paintings, installation and performance. She explores sexuality, class and gender injustice, and alternative human experience through the creation of highly personal, often folkloric, worlds. Music frequently plays a part in her installations, as the artist recognizes that, when done properly, the combination of the visual and acoustic can elevate one’s experience of both. Boyle is also renowned for her fragile, sometimes disquieting ceramic figurines, combining the human and the animal in universal themes. 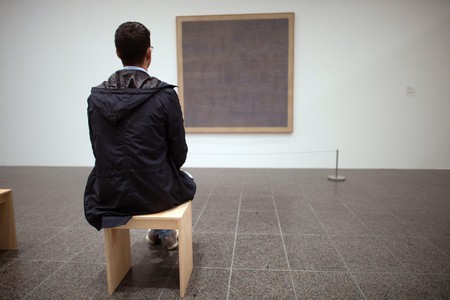 Agnes Martin was raised in Vancouver, but moved to the United States in 1931. Although Martin is considered a minimalist painter, she is known to have viewed her work as abstract expressionism. While studying at Columbia University in New York, the artist was introduced to Zen Buddhism and became intrigued by Asian thought as a set of guiding principles. Martin revered American mid-century painter Mark Rothko for his success in stripping down art to “zero”, so that pure truth could be revealed through his painting. Inspired by this reductionist aesthetic, Martin resolved to pare down her own work, turning her back on representations of the world in favor of the expression of pure perfection and transcendent reality. Her paintings are characterized by subtle grids and fields of soft color. 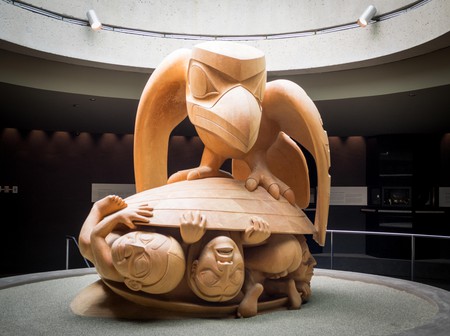 Bill Reid made such a substantial mark on the Canadian arts and the cultural identity of the country that his artwork was depicted on the $20 bank note of the Canadian Journey series, which was printed between 2004 and 2012. He was the son of a Scottish-German father and a mother from the Kaadaas gaah Kiiguwaay Raven/Wolf Clan of T’anuu, part of the Haida people. Reid became fascinated by the art of the Haida, and although he was also an accomplished jewelry maker, the works for which he is most well known are three large-scale bronze sculptures. Two of the works feature a canoe almost overflowing with human and animal figures, which are highly stylised. 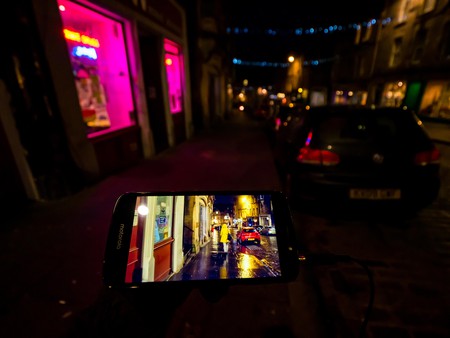 Although Janet Cardiff lives and works in Berlin, Germany, along with her partner (both in art and life) George Bures Miller, she was born in Brussels, Ontario. Cardiff is most famous for her “audio walks”, interactive tours where visitors are led to a series of locations by an audio guide created by the artist. During the walks, the artist creates an experience that weaves together fictional narrative with an acknowledgement of one’s physical surroundings. The resulting artworks immerse viewers in an alternative world, while leaving them firmly rooted in their environment. 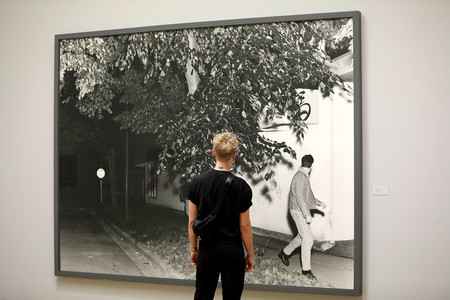 Jeff Wall is renowned for his large scale, transparent back-lit images, which he began to produce around 1977, seven years after he graduated with his MA from the University of British Columbia. With a background in conceptual art, many of his photographs, which are usually staged, allude to art history and he has often explored ideas about representation. Alongside references to artists Édouard Manet and Diego Velázquez, Wall also recalls the work of famous 20th century writers such as Franz Kafka and Ralph Ellison in his works. 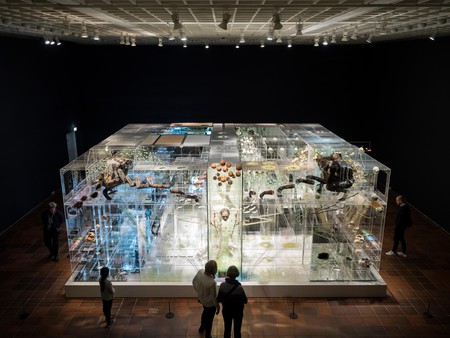 Born in Montreal, artist David Altmejd constructs his sculptures using materials such as wood, foam, plaster and burlap, creating frantic anthropomorphic renderings. These sculptures, which typically stand several metres tall, show an uncontrolled overlapping of figures or elements. In the work The Healers, for instance, fragments of body parts emerge from unusual places, as one figure’s overgrowth of hands rips a cavity in its own chest. The figures kiss and engage in oral sex, in a fury of orgiastic pleasure and suffering. 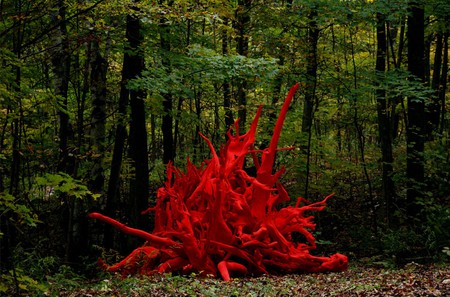 Shayne Dark began his career as an artist in the 1980s and has created an international reputation for himself. His sculptures recall the organic forms of the natural environment, but are frequently painted in rich colors that make evident their fabricated quality. Dark’s sculptures are placed both inside the gallery and in public and wild settings, creating a tension between the natural and cultural worlds. Beyond this they are meant to produce a spiritual and bodily reaction from the viewer. 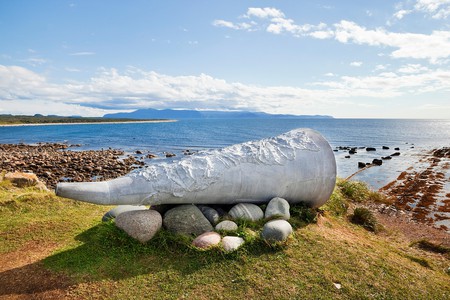 Rebecca Belmore represented art in Canada at the 2005 Venice Biennale, where she was the first indigenous woman to show in the pavilion. The Anishinaabe-Canadian artist creates installations, performances, video and sculpture which engage with the history and struggle of Canada’s indigenous people. Her works, at once elegant and highly political, are often related to a particular location and unravel as ritualistic expressions tied to the body, the land, language, violence and colonialism. As a result, her practice bears strong ties to her Canadian identity. 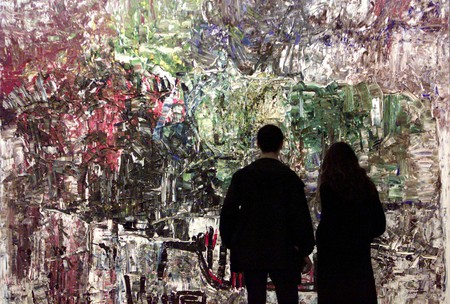 Jean-Paul Riopelle was born in Montreal in 1923, and began to study drawing as a young boy. In 1945, during his education at Montreal’s École du Meuble, he became a member of the Les Automatistes movement, a group of dissident Montreal artists who were interested in the principles of surrealism and its focus on automatism – the exploration of actions done without conscious intention. Riopelle moved to Paris in 1947 and became, for a short period, associated with the surrealists there – he was the only Canadian to exhibit with them. Soon after this, the artist’s painting style changed from surrealism to abstraction, and these are the paintings for which he is most well known. These canvases show thick impasto and texture created with the use of a palette knife, spatula or even a towel. He is also known to have thrown paint at his canvases, creating long slashes of pigment.