The Most Beautiful Places in Canada You Need to See

Canada is home to scenic coastlines, sprawling prairies, imposing mountains and untouched forests. The different landscapes and cultures found across this country’s provinces and territories are remarkably diverse. You may already know that the Great White North is home to some stunning scenery, but these 14 places will still leave you awestruck.

With its vast terrain and history of harboring bandits, Big Muddy Valley exudes a mysterious and captivating atmosphere. Formed by ancient glacial melts, the valley is a sea of sturdy cacti, dramatic cliffs, plunging sandstone ravine and mystifying aboriginal stone effigies. During the late 19th and early 20th centuries, these isolated badlands were often traversed by banks robbers and thieves smuggling horses across the US border. With many caves to act as convenient hideouts, the badlands are said to have sheltered the likes of Dutch Henry, Sam Kelly, and the Sundance Kid. 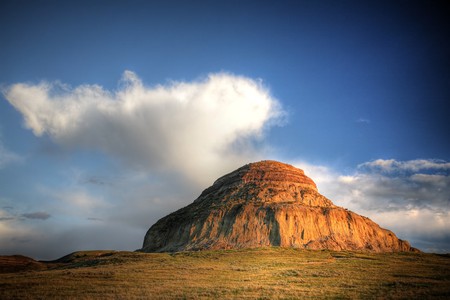 Rue du Petit Champlain is one of the oldest and narrowest streets in North America, at just 39ft (12m) wide. The lane is lined with stone buildings constructed in the city’s distinct Nouvelle-France style. Once home to trading posts and wealthy merchants’ homes, Rue du Petit Champlain is now packed with art galleries, cafés, boutiques and restaurants. A striking mural depicts the evolution of the city over the centuries, and the gorgeous Château Frontenac overlooks the scene. 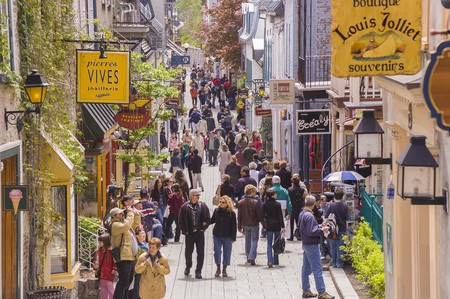 Nahanni National Park Reserve is the epitome of Canada’s wild and remote natural beauty. Stretching across 11,583sqmi (30,000sqkm), this spectacular park encompasses enormous waterfalls, limestone caves, rugged canyons and hot springs. The park takes its name from the South Nahanni River, a powerful stream that rushes through the Mackenzie Mountains. Nahanni National Park Reserve attracts nature enthusiasts eager to take on its craggy mountains, try canoeing and rafting in its winding rivers, or search for wildlife, which ranges from Dall sheep and black bears to wolves and caribou. 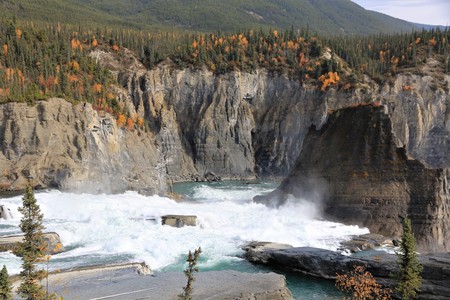 Easily the most striking religious building in Canada, Montreal’s Notre-Dame Basilica is a stunning example of Gothic Revival architecture. Built in the 17th century, this grand basilica is filled with ornate wooden carvings, paintings and gilded sculptures. Its ceiling is painted deep blue and dotted with 24-karat gold stars, while its stained-glass windows depict scenes from Montreal’s religious history. In the past, the building has hosted the funerals of famous Canadians such as Prime Minister Pierre Trudeau and hockey player Maurice “Rocket” Richard. 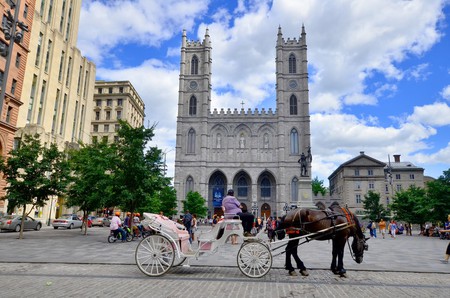 As the name suggests, Long Beach is one of the longest sand beaches on Vancouver Island. Located between the villages of Ucluelet and Tofino, the beach is part of the Pacific Rim National Park Reserve, occupying the west side of a thin peninsula that projects out into the Pacific Ocean. Considered to rank among the best surfing spots on the continent, this beach is popular with water-sports enthusiasts and offers excellent kayaking, swimming and jogging spots. Gray whales can often be spotted in the waters off the coast when they migrate through the area during the spring and fall. 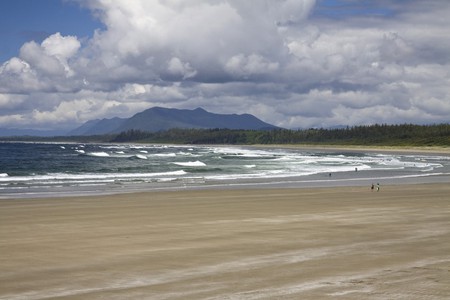 Nunavut’s intimidating Mount Thor features the longest vertical drop in the world, plunging down 4,101ft (1,250m) with an average angle of 105 degrees. The mountain’s sharp granite peak is set against a backdrop of glaciers, including the Penny Ice Cap, which formed during the last Ice Age. The surrounding Auyuittuq National Park is one of the world’s largest areas of unexplored wilderness. Inhabited mainly by Inuit people, the daunting park takes its name from an expression meaning “the land that never melts.” 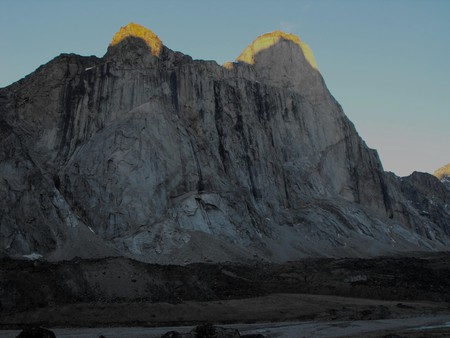 Lunenburg is one of the prettiest small towns in Canada and a registered UNESCO World Heritage site. Settled by the British and developed by German, Swiss, and French Protestants, the town is home to many buildings that date from between the 18th and 19th centuries. These distinct buildings are known for their charming pastel colors and their Lunenburg Bump, a detailed second-floor dormer window that hangs over the first floor. Tucked between a lovely harbor and rolling hills, this historic town is home to off-beat boutiques, craft shops and art galleries. 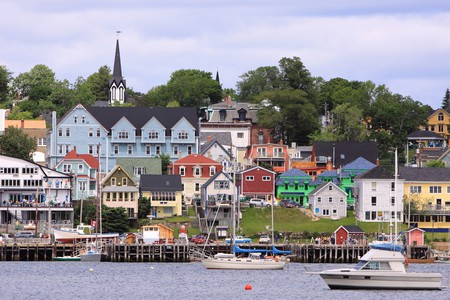 Separating the provinces of New Brunswick and Nova Scotia, the Bay of Fundy is known for having the highest tidal range in the world. Its high tides reach heights of 53ft (16m), with more than 160 billion tons of water flowing in and out of the bay twice a day. The diversity of the bay’s marine life has been compared to that of the Amazon rainforest, making it one of the top bird- and whale-watching destinations in North America. This unique site is home to towering cliffs, sandstone pillars, hiking trails and beaches. 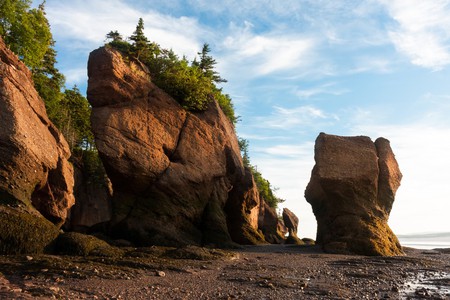 The dramatic Capilano Suspension Bridge Park in North Vancouver sways 230ft (70m) above a steep canyon, where the Capilano River rushes below. Crossing the 450ft (137m) suspension bridge and admiring the scenery is exhilarating for more reasons than one. The bridge is set in the middle of a lush 27-acre (11ha) rainforest, where visitors can walk along nature trails or across cable bridges suspended between the trees. During the Christmas period, the park is illuminated with fairy lights, enhancing its natural beauty. 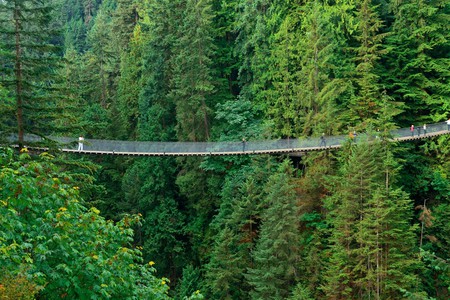 This UNESCO World Heritage site provides a glimpse into the peerless landscapes of Canada’s west coast, with its verdant rainforest and rich wildlife. Accessible only by boat or plane, the site comprises 137 islands. The islands receive higher-than-average rainfall, and as a result, everything grows bigger, faster and wildly. The area is the historic home of the Haida, a native North American tribe known for its excellent seamanship. More than 500 ancient Haida sites have been uncovered, including iconic SGang Gwaay where eerie cedar mortuary poles stand guard over the sea.

Cape Spear is Canada’s easternmost point, its sheer cliffs overlooking the Atlantic Ocean. In addition to stunning sunrises, the cape is an excellent place to spot seabirds, whales and even icebergs. The site is also home to the oldest surviving lighthouse in the province, which was constructed in 1836. A graceful neoclassical cube with a domed light tower in the center, the lighthouse has a restored interior that demonstrates the conditions in which a typical lighthouse keeper and his family would have lived in the mid-19th century. 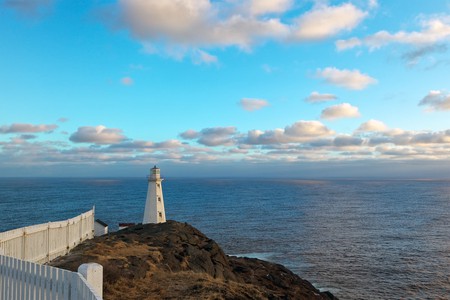 Spread across the west side of the Yukon River, Whitehorse is the capital of the Yukon and the starting point for many explorations of Canada’s remote north. The town initially flourished during the 1890s as a layover point for prospectors heading north during the height of the Klondike Gold Rush. The walkway along the Yukon River is lined with historic Gold Rush buildings painted in bright colors. The same area is home to an unusual building consisting of log cabins stacked on top of each other, once used by engineers building the Alaska Highway.

Gimli is a charming lakeside town, known for its popular Icelandic Festival, which takes place every summer. The town was settled as New Iceland in 1875 and continues to show off its unique Nordic heritage to this day. A much-loved destination in the summer for residents of Canada’s prairie provinces, the town is home to sandy beaches and a pretty waterfront with a mural-decorated seawall. During the winter, the town is an excellent base for cross-country skiing, snowmobiling and ice-fishing. 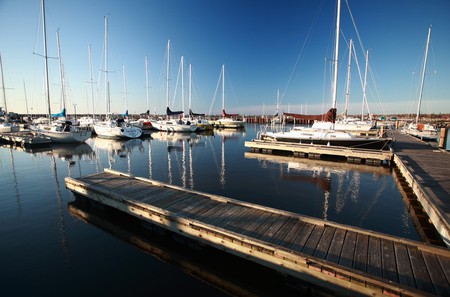 With turquoise waters framed by perfectly weathered mountains and the stunning Victoria Glacier, Lake Louise is a truly remarkable sight. The hotel found adjacent to the lake is almost as famous as its namesake. Originally built as part of the famous Canadian Pacific Railway hotel chain, the Chateau Lake Louise is, like the Banff Springs and Chateau Frontenac, modeled after French and Scottish castles. In the winter, the Lake Louise Mountain Resort is one of North America’s largest ski areas, while in the summer, the mountains behind the lake offer some of the region’s most rewarding hiking trails. 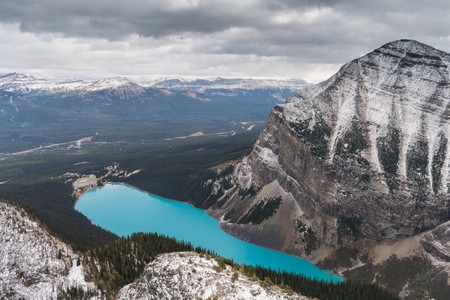