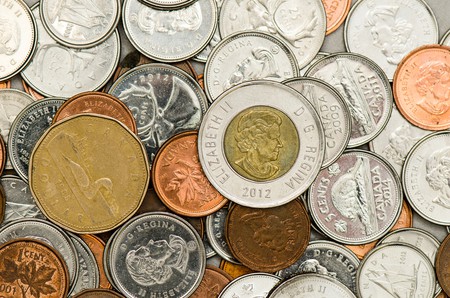 Canada is going all out to celebrate its 150th birthday. Firstly, all Canadian national parks are free to enter this year. Then Northwest Territories announced they were giving away 150 roundtrip tickets. Now, the Royal Canadian Mint has released the world’s first glow-in-the-dark coin in circulation to commemorate the occasion.

The one-of-a-kind toonie (as the two dollar coin is known in Canada) is part of a five-coin Canada 150 collection that the Royal Canadian Mint is distributing. It features two people in a canoe, on a lake, surrounded by a forest. Above them are the green streaks of the Northern Lights, or aurora borealis, which is the part that emits a soft glow in the dark.

#DYK the $2 coloured version of the #MyCanadaMyInspiration circulation coin glows in the dark?! It's actually the ONLY and FIRST circulation coin in the world to do so. All for #Canada150. #CanadianMint #innovation

The coin’s design was chosen from thousands of drawings in a nationwide contest. Timothy Hsia, a doctor from Richmond in British Columbia, was the winning designer. Dr. Hsia told BBC that the “Our Wonders” contest theme inspired him. “I wanted to choose a subject that was truly wonderful, and I feel like there is nothing more truly wonderful than Canada’s Northern Lights.”

The glow-in-the-dark feature is thanks to an ink formula that contains luminescent material. Not only is it the world’s first glow-in-the-dark coin in circulation, but it’s also the world’s first colored bimetallic coin. In recent weeks, three million of the limited edition toonies have entered circulation; this means approximately one in every 10 Canadians will come in contact with the glow-in-the-dark coin. Alternatively, Canadians can purchase the coin as part of the Canada 150 collection, through the Royal Canadian Mint.

Although this toonie is the first glow-in-the-dark coin to be in circulation, it isn’t the first of its kind produced by the Royal Canadian Mint. In 2012, they created a quarter that featured a glowing Pachyrhinosaurus Lakustai dinosaur skeleton. Other glow-in-the-dark coins available, but not circulated, depict authentic Canadian scenes such as night skiing, sunset canoeing, sitting by a campfire, and animals in the moonlight.