Haligonians take their burgers very seriously. So seriously in fact, that an annual Burger Week is held every winter, in which restaurants across the city participate by creating unique burger flavours at a fraction of their regular cost. Whether or not you’re in Halifax for this epic week, there are amazing burgers to be had all year round. We’ve picked out the best that the city has to offer.

Darrell's Restaurant
Diner, Restaurant, American, Canadian, $$$
Just mention Darrell’s to any Haligonian and their response is guaranteed to be “OMG you have to try the peanut butter burger!” It sounds like a weird combination, but somehow it just works. Not only does it work, but it was rated the best burger in the city in The Coast’s 2017 Halifax Reader’s Choice Awards.
More Info
5576 Fenwick Street, South End, Halifax, Nova Scotia, B3H 1P8, Canada
+19024922344
Visit website 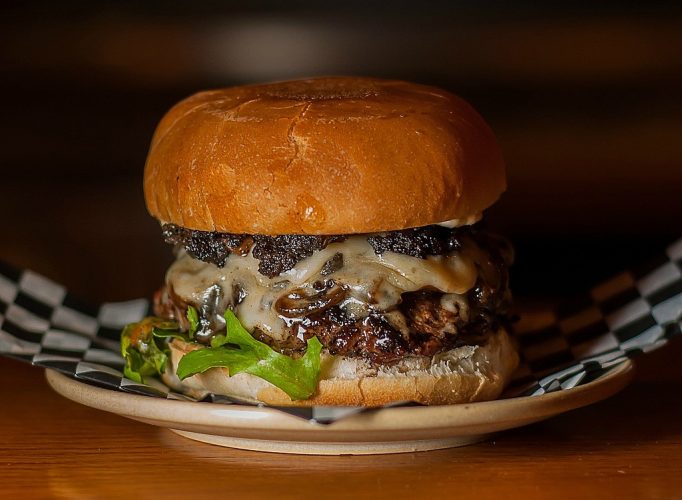 You’ll have to cross the harbour to get to Dartmouth’s Battery Park, but we promise it’s worth it! With six burger flavours (including a vegan option), there’s lots to choose from at one of the city’s most popular burger spots.
More Info
62 Ochterloney Street, Downtown Dartmouth, Dartmouth, Nova Scotia, B2Y 1C2, Canada
+19024462337
Visit website
Krave Burger
Restaurant, American, Fast Food, Canadian, $$$
The gourmet burger craze came and went through Halifax, but Krave outlived the trend and became one of the most popular burger spots in the city. Krave burgers are all grass-fed, locally-sourced, and steroid free and come in a variety of flavours, from the classic Krave burger to the Donair burger.
More Info
5680 Spring Garden Road, South End, Halifax, Nova Scotia, B3J 1H5, Canada
+19024075728
Visit website 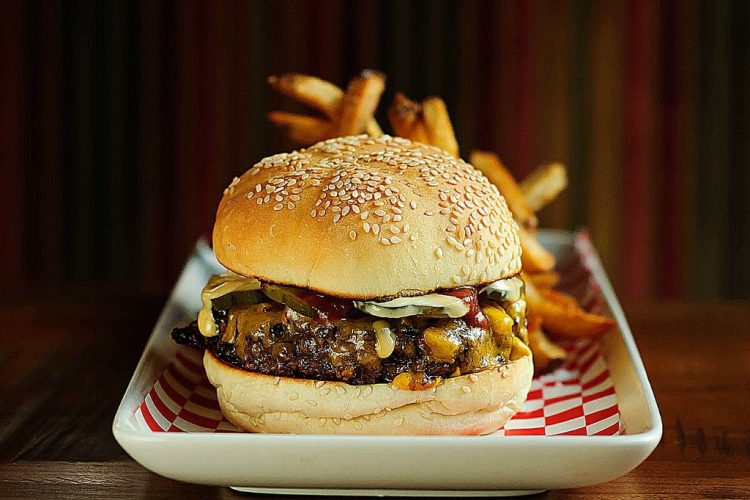 Where do you go when you can’t decide between a burger or Pad Thai? You go to 2 Doors Down for their Thai-grr Burger of course! This beef patty is topped with a peanut satay glaze, Pad Thai slaw, and mayo.
More Info
1533 Barrington Street, South End, Halifax, Nova Scotia, B3J 1Z6, Canada
+19024224224
Visit website
enVie: A Vegan Kitchen
Charcuterie, Diner, Restaurant, Contemporary, Vegan, Vegetarian, $$$
Vegans shouldn’t have to miss out on the fun, and Envie is making sure they don’t! This trendy vegan spot serves up a menu full of creative plant-based dishes, including the Double “Cheese” burger made with seitan patties and shitake bacon.
More Info
5775 Charles Street, North End, Halifax, Nova Scotia, B3K 1K7, Canada
+19024924077
Visit website
Lot Six Bar & Restaurant
Restaurant, Bar, Pub Grub, Seafood, Canadian, $$$$
Not only is Lot Six one of the city’s hottest restaurants, it’s also got one of the best burgers. See and be seen in the popular covered atrium and enjoy one of their beloved Dirty Burgers.
More Info
1685 Argyle Street, South End, Halifax, Nova Scotia, B3J 2B5, Canada
+19024287428
Visit website
The Canteen on Portland Street
Restaurant, Canadian, $$$ 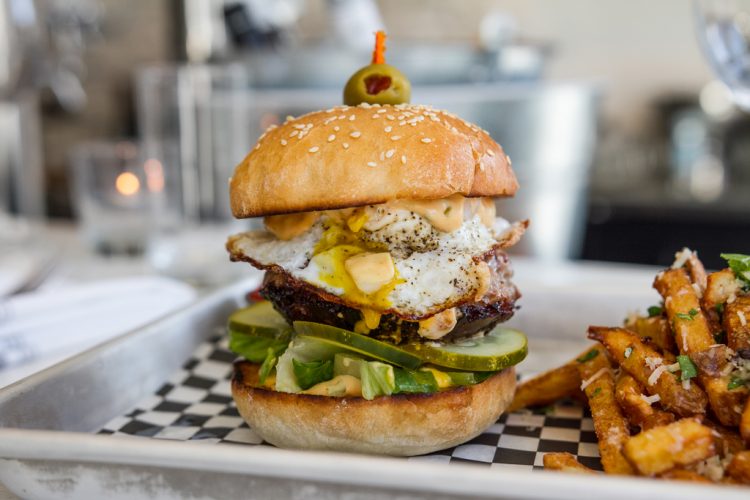