The Best Mountains in and Around Banff and the Rockies 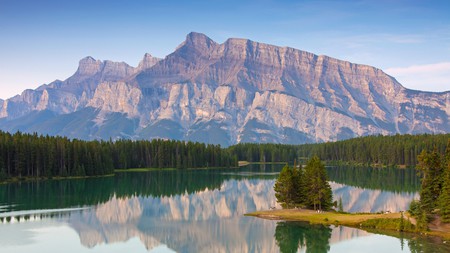 What you look for in your preferred mountains is about as subjective as your favourite food, but nobody could argue that Banff and the Canadian Rockies deserve their global reputation. The Rockies are not the world’s biggest, nor oldest mountains, but they are arguably the most distinct. Here’s why.

Banff National Park is Canada’s oldest national park, established in 1885. Located in Alberta, west of Calgary, it spans 2,500sqmi (6,641sqkm) of mountainous terrain, with glaciers, ice fields, coniferous forest and alpine landscape. It’s quite a contrast to the Rockies to the west in British Columbia. For generations, the mountains of Banff have been climbed, painted and photographed. Here are a few you cannot help but admire. 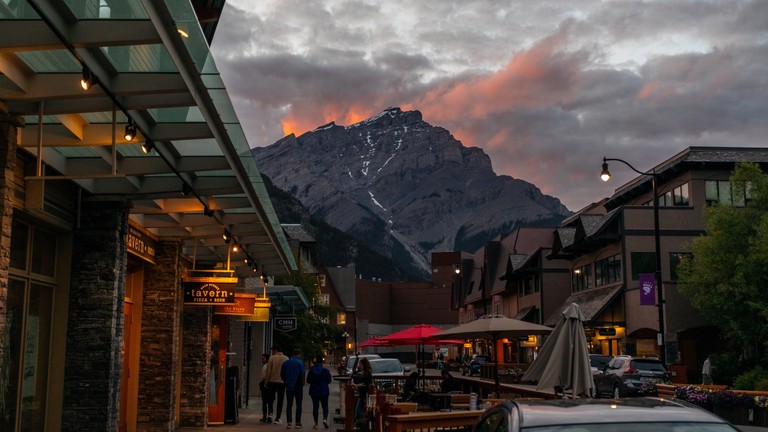 Dominating the valley, Cascade is the highest peak adjacent to Banff and is seen when approaching from the highway and almost anywhere from town. Its name comes from the long waterfall on its southern flank, and it stands nearly 3,000m (10,000ft) tall. Cascade has snow on it year round, but it stands as a clear welcome to Banff for all visitors. The peak can be climbed in a long day and there are numerous shorter hikes around the base – including beside the waterfall. In winter, look out for ice climbers here.

The smallest of all the peaks in Banff National Park, Tunnel mountain is virtually surrounded by the town, the Fairmont Banff Springs Hotel and the golf course. The First Nations name for the mountain is Sleeping Buffalo or Sleeping Bison ,and there is a move afoot to officially rename it Sacred Buffalo Guardian Mountain – somewhat more appropriately, because there is no tunnel anywhere near. It’s popular and easy to hike.

Often referred to as the Rundle Range, Rundle stretches over 12km from Canmore into the national park. Its very obvious form is defined by east-facing cliffs and the steeply slanting western slope; this clearly demonstrates the tectonic push from west to east that causes the uplift of the Rockies. When you’re looking at it from the highway, you can often see snow year-round in the shaded cirques, or hanging valleys. 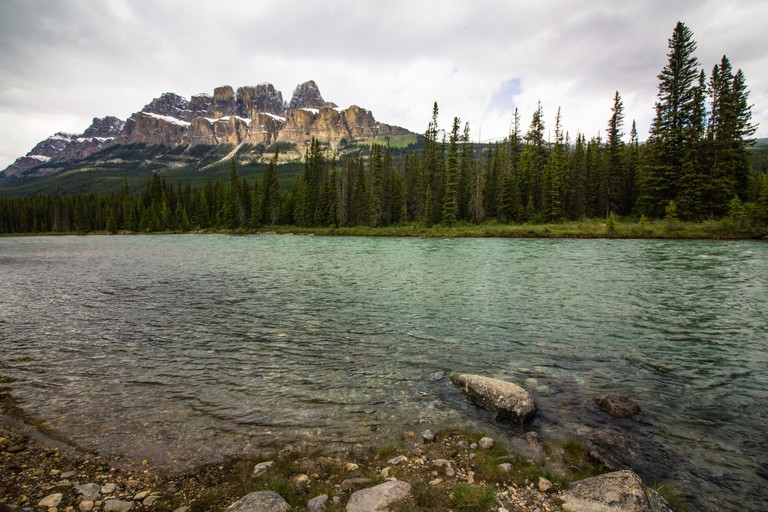 Halfway between Banff and Lake Louise, Castle Mountain dominates the valley. It defines the eastern limit of the mid-ranges and was forced up with younger rock under the older. From 1946 to 1979 its name was changed to Mount Eisenhower. This was not popular locally, due to a lack of consultation. Eisenhower’s name is now assigned to one of the peaks, which you can reach along a 26.6km (16.5mi) return hike. 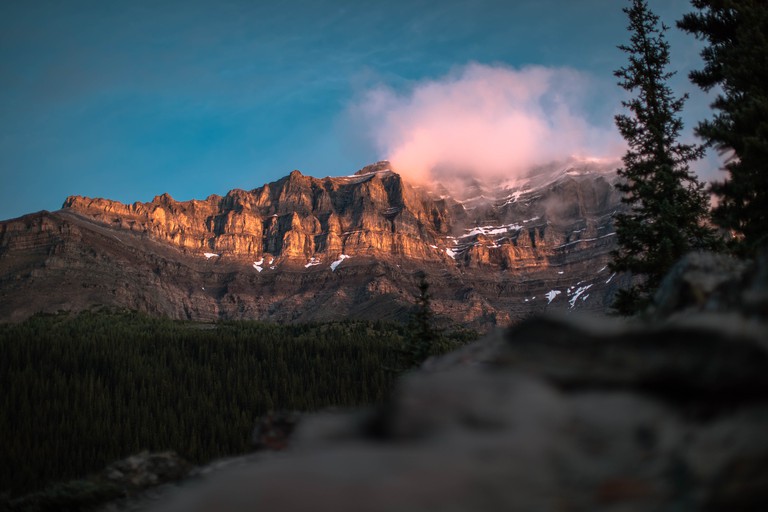 This prominent 3,544m (11,600ft) peak is the highest in the Lake Louise area. For visitors coming from the east, this is often their first view of permanent ice – a glacier! Temple can be climbed in a day, but is considered a hard scramble. From the Lake Louise ski resort, Temple dominates the view, and stands guard over the Valley of the 10 Peaks that surround Moraine Lake.

Outside the national park, and framing the town of Canmore, the Three Sisters are three distinct peaks regularly photographed or painted from the Bow River. As you’re driving east out of Banff, the Sisters dominate the view. After passing them on the highway, it is only about a 10-minute drive before you leave the mountains altogether and hit the rolling foothills of the vast Canadian prairies.