Awesome Eco-Tours in Newfoundland and Labrador 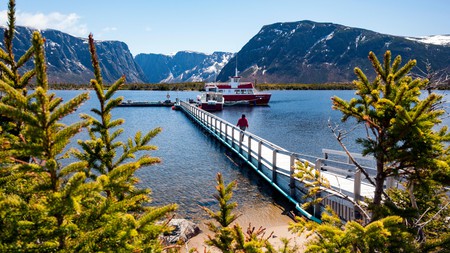 Rugged yet accessible, Newfoundland and Labrador is home to Canada’s most easterly national park and dark sky preserve. The island of Newfoundland’s remarkable geology enables visitors to view fossilised lifeforms from more than half a billion years ago and gaze along steep-sided fjords. White-water rafting, snorkeling with whales and guided caving count among the long list of awesome eco-tours which visitors can experience in the province.

How about rolling over the side of a Zodiac boat bobbing in the Atlantic to snorkel near humpback whales? If you’re a capable swimmer this is an option five mornings a week (not Tuesdays and Wednesdays) from Petty Harbour, a 15 minute drive south of St. John’s. Non-snorkelers can stay aboard the boat.

A wetsuit and snorkeling gear are provided. The three-hour tour also showcases nesting seabirds and coastline geology near Petty Harbour.

Afterwards pop into the waterfront Chafe’s Landing Restaurant for lunch. Seafood chowder, a speciality of Atlantic Canada, plus fish and chips feature on the menu. 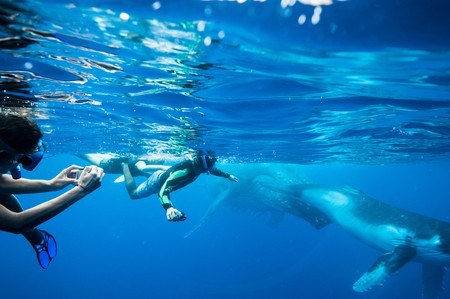 From mid-May until mid-October, hikes lasting up to four hours begin daily at 10.30am and 12.30pm. Even in midsummer, sturdy footwear and layered clothing will prove useful.

If you appreciate maritime history, then a visit to nearby Cape Race Lighthouse is a must. The wireless station here was the first on land to receive the Titanic’s distress signals after she clipped an iceberg in 1912. 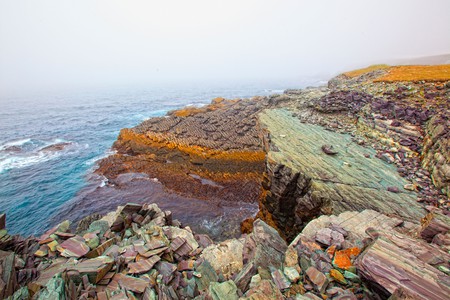 In 2018 Terra Nova became Newfoundland and Labrador’s first dark sky preserve. Low light pollution means there is a good chance of seeing the Milky Way as you sit outside under the night sky. If you’re here during the Perseids meteor shower in mid-August, you can enjoy watching shooting stars blaze across the sky.

Don’t worry if you don’t know much about astronomy – you can borrow a night sky kit from the activity centre. The kits include binoculars plus tips on where to look. 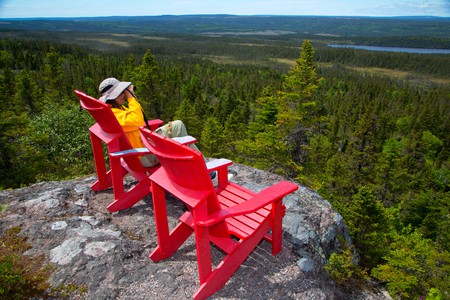 Terra Nova National Park is so remote, at night you can sit and watch the stars | © George Ostertag / Alamy Stock Photo

Following the route of Atlantic salmon along Exploits River

Visit Corduroy Brook Nature Centre in Grand Falls-Windsor between June and September for an introduction to the region’s wetland wildlife. Beavers count among the creatures you may spot on more than 20km (12.5mi) of nature trails. Set aside a couple of hours to discover the measures in place to provide healthy habitat for migrating Atlantic salmon at the town’s Salmonid Interpretation Centre.

The salmon swim up Exploits River to their traditional spawning ground. Even if you’re a novice or a non-swimmer, you can travel down the river on a guided white-water rafting tour with Badger Chute Run. Pack ecofriendly waterproof sunscreen for trips on sunny days.

Prefer a hit of adrenaline? Rafting over the island’s biggest rapids begins with you plunging off a 15ft (5m) cliff to board the vessel. Be prepared to get wet while bouncing along the foaming waterway. 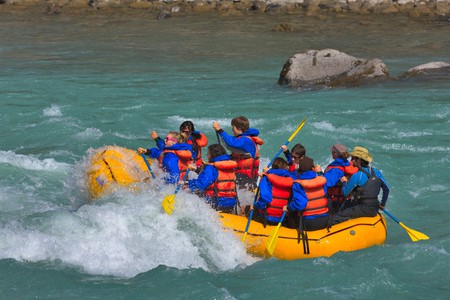 The Hew and Draw Hotel has boutique suites in Corner Brook and an onsite craft brewery. Why not build a thirst during an orientation walk on the circular Corner Brook Stream Trail?

Pack clothes that you don’t mind getting dirty if you plan on crouching and crawling through Corner Brook caves. The entrance is 1.25mi (2km) west of town. Book a guided caving tour where you’ll be accompanied by an expert who knows their way between the underground caverns.

From Corner Brook, its about 12.5mi (20km) to the open wetlands and woodland of Little Grand Lake Provisional Ecological Reserve. The reserve provides habitat to endangered Newfoundland martens. If you’re a keen wildlife and nature photographer, take a guided multi-day hike and photo tour for an insightful backwoods experience with opportunities to create memorable images. 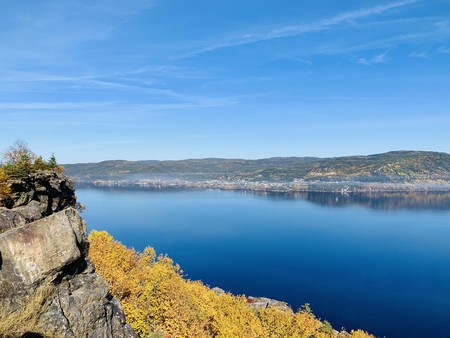 Burnt Hill Cottages are well placed for exploring Gros Morne National Park. Shops in the nearby town of Rocky Harbour are worth where you can stock up for picnics.

Arrive at the Norris Point waterfront 15 minutes before your scheduled departure to board the BonTours catamaran for tours of Bonne Bay. Sailings into the Gulf of St Lawrence operate throughout June to September’s end.

A light-hearted yet informative live commentary highlights natural landmarks such as the windswept top of Gros Morne Mountain. You may see creatures including minke whales, moose and bald eagles, so binoculars can prove handy.

You’ll also have the chance to become an honorary Newfoundlander during the cruise. Screech-in ceremonies involve donning a sou’wester hat, kissing a cod and downing a shot of rum. 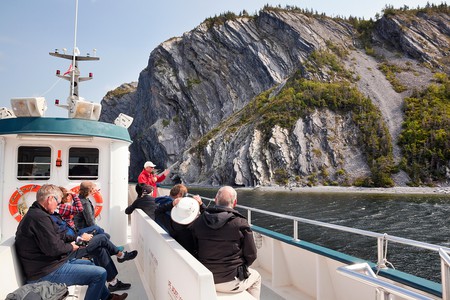 Well-marked hiking trails allow you to explore Gros Morne National Park at your own pace. The Unesco World Heritage site’s wilderness landscape features tundra and freshwater fjords. Set aside half a day to skirt through woodland into a glacial valley on the 8mi (14km) Trout River Pond Trail.

Taking to the water offers a different perspective. Western Brook Pond’s steep, semi-wooded sides were also sculpted by glaciers more than 10,000 years ago. Between June and September two-hour boat tours of the fjord depart from Rocky Harbour’s Ocean View Hotel and include the national park fee.

Prepare to walk up to 45 minutes from the car park to the boat jetty. Tours of the 10mi (16km) fjord take you to the top of Pissing Mare Falls, the province’s highest waterfall. 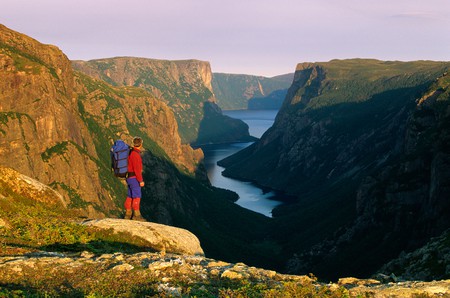 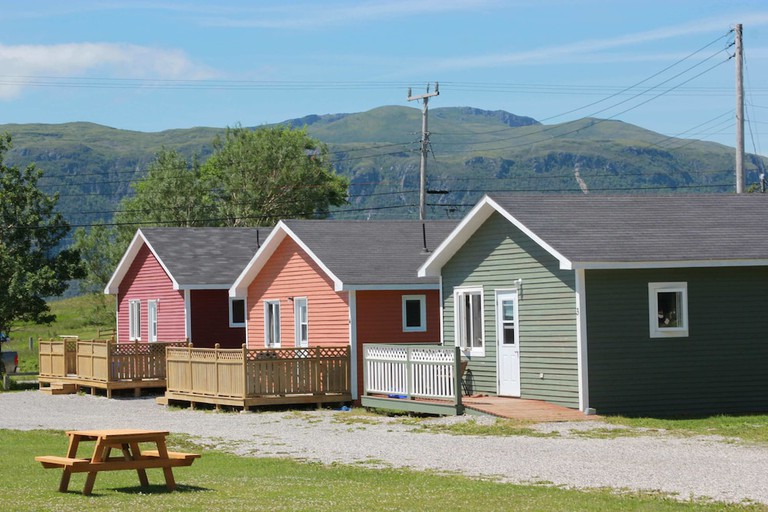 Courtesy of Burnt Hill Cottages / Expedia
View Rooms
Price Drop
Now from $175 per night
Offering a choice of one or two bedrooms, these spacious cabins provide you with a fully equipped kitchen. You can make use of complimentary parking and sit chatting around the communal firepit. A 10-minute drive from Rocky Harbour, the cottages are well placed for exploring nearby beaches and enjoying views of Bonne Bay.
More info 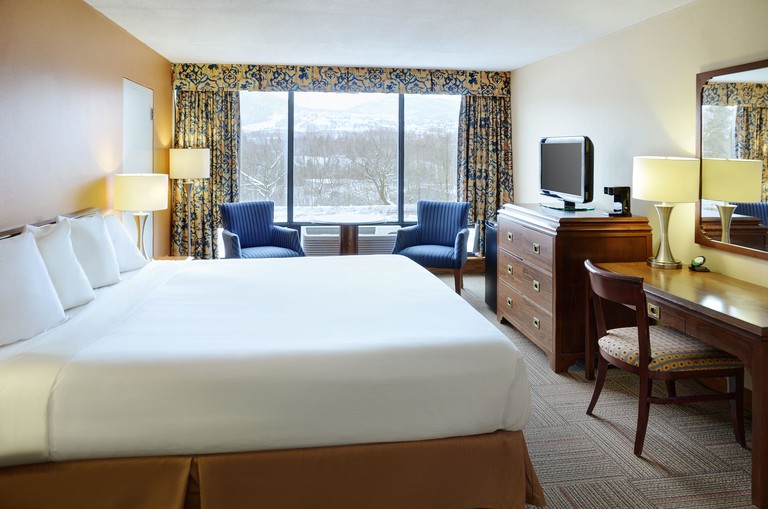 Located in the pretty region of Corner Brook, known around the world as one of the best places to live, Greenwood Inn & Suites is based among the buzz of the city with ocean and mountain scenery on its doorstep. Start your day with a quick dip in the indoor pool before wandering into the city centre for a spot of breakfast.