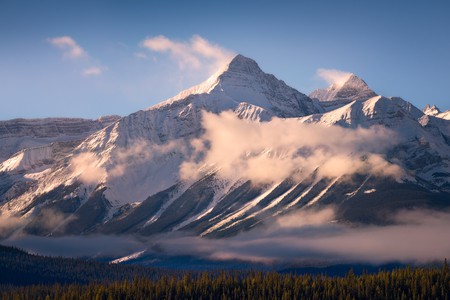 Although Canada and the United States are close neighbors, they have a lot of differences, which is especially apparent when it comes to certain words. Keep reading to learn some unique Canadian expressions, which will come in handy when visiting the country.

There are many words and phrases Canadians use to order their coffees, and they will predominantly visit Starbucks or Tim Hortons every morning to get their daily caffeine fix. The latter is the cheaper option and a Canadian institution, which locals shorten to just Timmy’s or Tim’s. 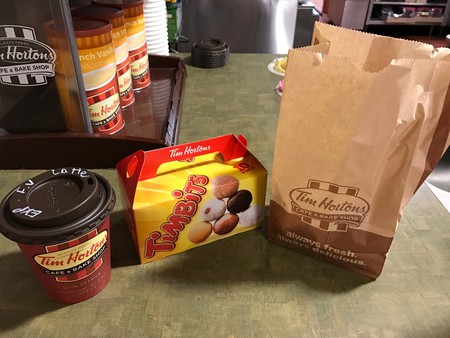 A timbit is something to order exclusively at Timmy’s. It’s a plain or flavored donut hole, which customers can buy in large boxes.

This phrase describes how some Canadians take their coffee. Double double refers to two servings of creams and two sugars. Example: Hey, can you go to Timmy’s and get me five timbits and a regular double double? Thanks!

Chinook is only an expression that people in Alberta would use. It refers to a warm wind that blows east over the Rocky Mountains during the winter, warming freezing Calgary in the process. Example: Finally, the Chinook has arrived.

Ginch is an expression used in Western Canada that means underwear (particularly men’s briefs). Other terms used instead of ginch include gotch, gonch, and gitch. People also add -ies to the end of ginch, especially when referring to children’s underwear. It’s actually derived from a similar Ukrainian word. The term became even more popular when the brand Ginch Gonch was established in Vancouver in 2004. Example: I have to do laundry tonight because I have no clean ginch.

Calgary is nicknamed Cowtown as it hosts the Calgary Stampede every year. The Stampede has rodeos, parades, exhibitions, agricultural competitions, concerts and so much more. Example: I’m heading to Cowtown in two weeks. 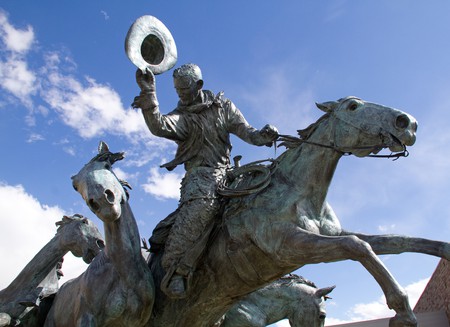 In Australia, a shit kicker refers to that person who has to do all of the menial tasks at work. But in Canada, shit kickers are cowboy/girl boots. The non-gender-specific word is used a lot in Western Canada. There’s even a North American company called Shit-Kickers Footwear, which makes boots “to take on any environment.” Example: I’ve got my shit kickers packed to take to Cowtown for the Stampede next week. 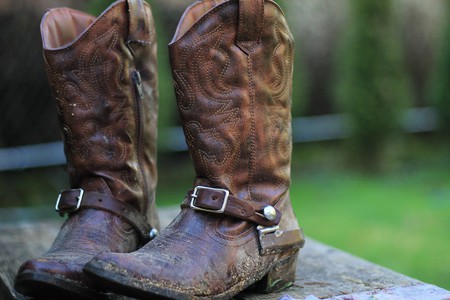 Similar to a gyro, doner kebab or shawarma in other countries around the world, the donair is a meat-heavy Turkish dish, created in Halifax. The difference between a donair and these other dishes is its sauce—made from a unique combination of condensed milk, sugar, garlic, and vinegar. Example: I’m hungover and need a donair for lunch now.

Loonies and toonies are what Canadians call their one and two dollar coins. It’s a term used by all Canadians, so locals will definitely know if you’re an outsider if you say one dollar coin. For their remaining coins, they use American terminology: quarter, dime and nickel. Example: Do you have a toonie for the vending machine? 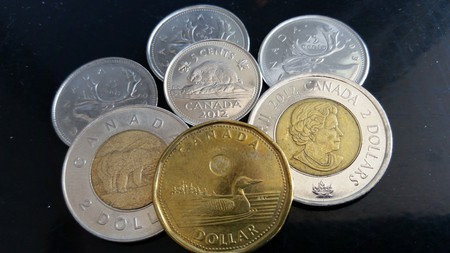 Snowbird is a Canadian term that refers to a person, or couple, who migrate south from Canada in winter to warmer climates. The majority of snowbirds are retirees who head off to enjoy the weather in places like Florida, California, Texas, Arizona, and even Mexico and the Caribbean during Canada’s cold and harsh winters. Many snowbirds also own an RV, and there are long-term RV parks in the United States that even label themselves “snowbird friendly.” Example: My parents are snowbirds and are spending Christmas in Florida.