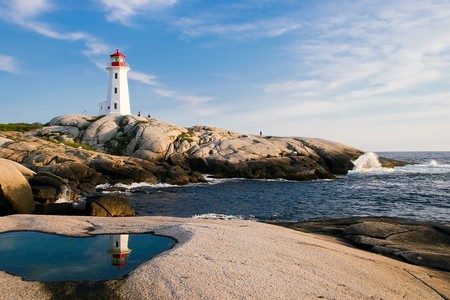 The three maritime provinces of Prince Edward Island, Nova Scotia, and New Brunswick and the easternmost province of Newfoundland and Labrador make up Atlantic Canada. This stunning region has much to offer day-trippers, holiday-makers, and voyagers. Escape to the wilderness, or discover astonishing coastal scenery, the lush foliage of provincial parks, and cosmopolitan cityscapes. No matter where you go in Atlantic Canada, there are incredible sights and attractions.

St. John’s is one of the most colorful oceanfront cities in the world, with a lively arts scene and buzzing culture. The city, however, is mellow enough for it to be a perfect escape for food and music-loving travelers too. Downtown St. John’s is renowned for its Victorian character, vibrant row houses, and heritage shops. If you enjoy a bit of history, then visit Signal Hill National Historic Site (the reception point of the first transatlantic wireless signal) and The Rooms, home to provincial archives, an art gallery, and museum. For a fantastic night, head to the pubs and bars on George Street, and for a breathtaking experience, book an iceberg excursion. 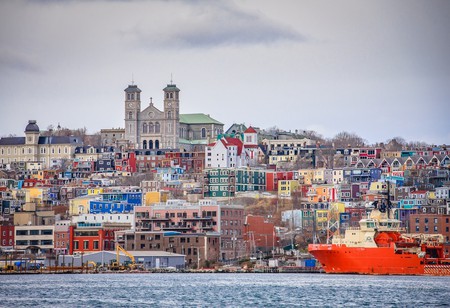 Feast on delicious food made from seasonal local produce and wash it all down with liquid concoctions from award-winning breweries, distilleries, and vineyards. With more pubs and clubs than almost any city in Canada, Halifax will show you a good time. Nova Scotia’s capital city is in a central spot that will let you explore many of the region’s attractions. The iconic Peggy’s Cove and port town of Lunenburg are easily accessible from here. 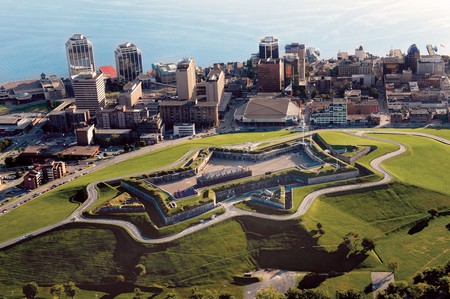 Saint Andrews is the place to be if your idea of a trip is kicking back, relaxing, and taking in the delights of a picturesque town. Of the town’s 550 buildings, over half of them were erected before 1880, giving Saint Andrews a charming quality. In warmer months, the town transforms into a bustling seaside destination. Feast on lobster rolls on the marina and fresh seafood at quality restaurants. Book a whale-watching excursion, or take a trip to the Bay of Fundy. Fill your Instagram feeds with shots of the Saint Andrews’ murals and stomachs with traditional treats from old local shops.

If whale-watching is on your list of things to do, come to the Bay of Fundy. Full of marine life, the bay is an aquatic paradise, and the waters are a foodie haven for many species of whales. Humpbacks, finbacks, and minke all come here during the summer and early fall to feast upon the sea’s delights. You may also get to see dolphins, seals, sharks, and even seabirds like puffins and gannets. 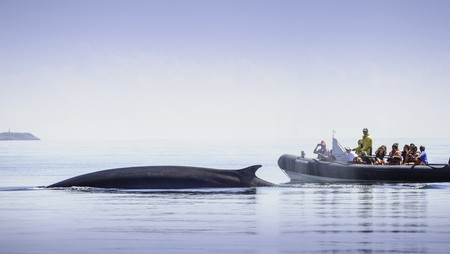 Every year from spring to summer, 10,000-year-old icebergs drift along what is called Iceberg Alley, the stretch of coast between Labrador and the northeast tip of Newfoundland. Most of these icebergs come from the glaciers of western Greenland, while some are from Canada’s Arctic. Even with 90% of the icebergs still below water, their various shapes, sizes, and colors will astound you.

This awe-inspiring sight is visible from a number of places from the shore or by boat, including St. Lewis, Battle Harbour, Red Bay, Point Amour, St. Anthony, La Scie, Twillingate, Fogo Island, Change Islands, Bonavista, St. John’s/Cape Spear, and Bay Bulls/Witless Bay. The more adventurous can seek out these glacial beauties with a kayak. You can even taste them; in these parts, icebergs are used for water and spirits and, of course, Iceberg Beer. 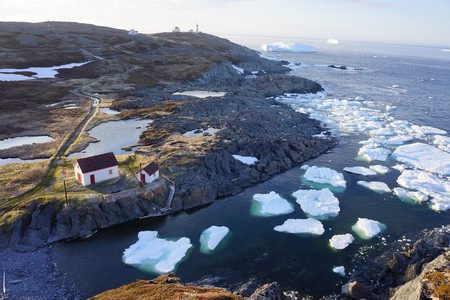 Discover the story of Viking settlers at L’Anse aux Meadows. Long before Christopher Columbus, Vikings braved the journey to the New World. L’Anse aux Meadows is where Norsemen voyagers settled when they first came to North America. With a history dating back over 6,000 years, this UNESCO World Heritage Site is the only true Viking settlement on the continent. 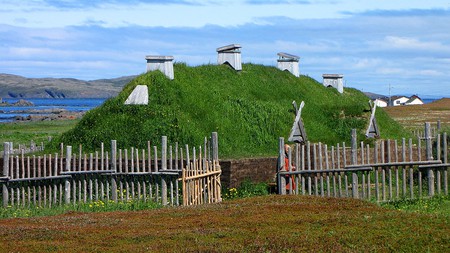 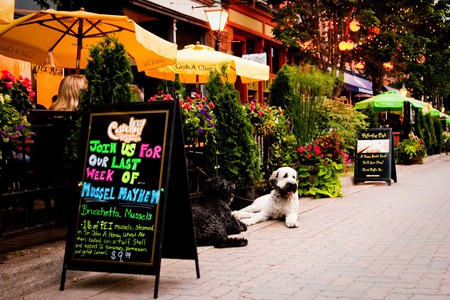 You’ll need a passport, French dictionary, and some Euros for this small-town experience. Saint-Pierre and Miquelon will let you go to France without crossing the Atlantic. From Fortune, Newfoundland, sail 25 kilometers (15.5 miles) to the last remnant of New France’s colonial empire. Experience authentic French culture while tucking into a plate of fresh seafood as France’s flag flies above you.

The historic port town of Lunenburg is full of architecture dating back to the late 1700s and early 1800s; it’s like walking through a living breathing museum. The harbor-side streets of this UNESCO World Heritage Site are brimming with one-of-a-kind shops and award-winning restaurants that fuse easily with the colorful old homes. 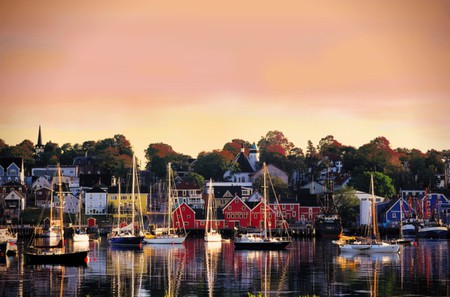 Lunenburg in the summer at dawn | © Nova Scotia Tourism / CTC

Prince Edward Island (PEI) is renowned for its agricultural richness and fresh seafood. Experience PEI has teamed up with the Culinary Adventure Company to create a new Signature Collection of the best foodie experiences on the island. These culinary adventures will let you sample everything from local seafood to specialty sausages, artisan bread, cheeses, and craft sodas, ciders, beers, spirits, and wines. 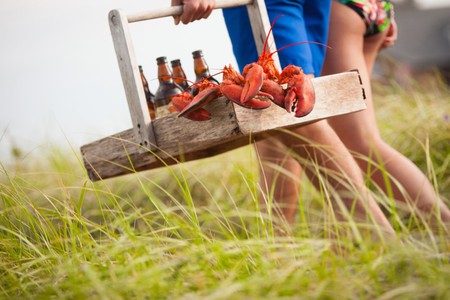 The famed white sandy shores and tidal activity of White Point Beach, a UNESCO Southwest Nova Biosphere Reserve, delight visitors to the area. Experience a real Atlantic Canada adventure by becoming a Nova Scotia lobster fisherman for the day. The Great Canadian Lobster Fishing Feast Adventure lets people step into the shoes of a fisherman and work alongside the crew aboard an authentic lobster fishing boat. Afterwards, a chef transforms the day’s catch into an oceanfront feast for you and your shipmates.

Fogo Island’s striking and unspoiled landscape is something you cannot miss. National Geographic suggests that Fogo Island is so much more than a place; it’s a state of mind. The stylishly designed Fogo Island Inn has drawn a lot of attention to this offshore destination, complete with its rooftop spa, art studio, and rocky coastline surroundings. 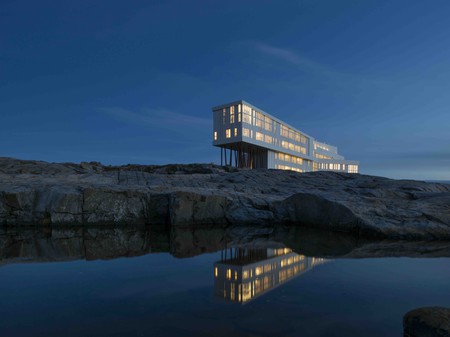 The tides at the Bay of Fundy are a unique happening. Plan a day trip here so that you can experience the rise and fall of the sea. When the tides are low, the hidden depths of the Hopewell Rocks are unveiled, and you can sink your feet into the soft ocean bed. Once the high tides return, grab a kayak and paddle around the sandstone formations. 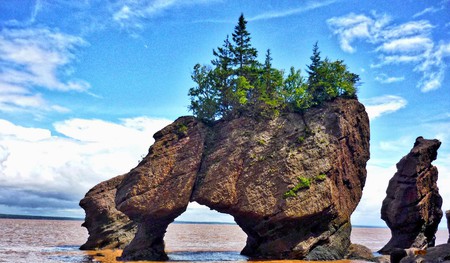 A designated UNESCO World Heritage Site since 1985, there is so much more to this all-season park than hiking (although the trails are a must). A hidden gem and mostly unknown to tourists, Gros Morne National Park is an enchanting getaway for camping, snowshoeing, observing nature, and photography. A boat excursion will let you see fjords and other geological wonders. 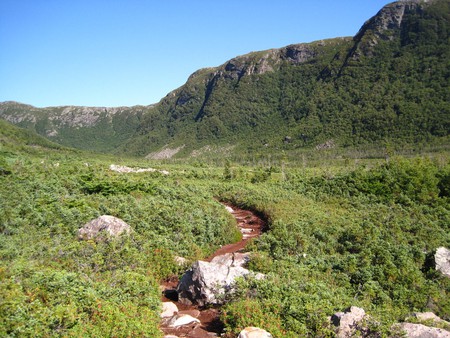 One of the most cherished literary landmarks, Green Gables, lies in Cavendish, PEI. Inspired by the Green Gables farm, Lucy Maud Montgomery created the Anne of Green Gables series, a famous story about an 11-year-old orphan. Discover the real story behind Anne’s fictional home by visiting Green Gables House.

Many sailors were lost at sea, and shipwreck stories were common along Newfoundland and Labrador’s jagged coast until the first lighthouse was built in 1813 on the banks of Fort Amherst. Newfoundland’s shoreline now has many beacons of light that have guided boats to safety, and most of these heritage lighthouses are open to the public. 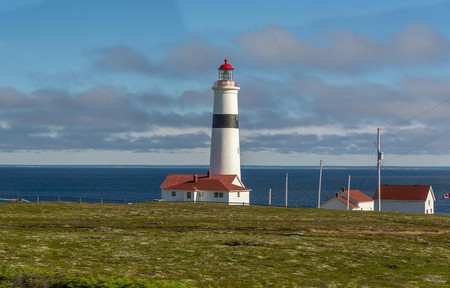 Every year around half a million people visit this tiny fishing community to see the famous and most photographed lighthouse in the world, Peggy’s Point Lighthouse. The peaceful hideaway of Peggy’s Cove is only a short drive from Halifax. Fishing is still a big part of life in the village, so there’s plenty of fresh lobster to go around.