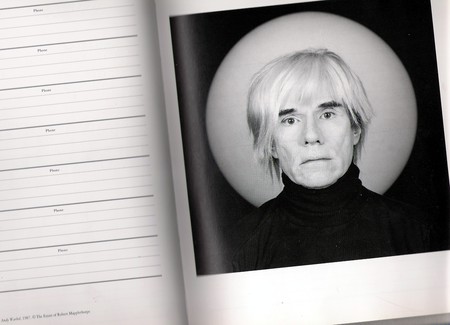 ‘In the future, everybody will be world famous for fifteen minutes.‘ At least, that’s what Andy Warhol believed. In our present pop culture climate of Kardashian fascination, this sentiment rings truer than ever. Culture Trip explores Warhol’s life and career in celebrity culture. Discover his foray into the world of celebrity, through films, paintings, and photographs, which turned him into the artist and celebrity he is known as today.

Warhol in his adult years

How did Andy Warhol – born in the rather unglamorous city of Pittsburgh, Pennsylvania, in 1928 – evolve into one of the 20th Century’s most prolific celebrity symbols? When he was eight, he became sick with chorea – a rare neurological disorder that caused him to twitch involuntarily – and was bedridden for months. He passed the time by drawing, taking pictures, and collecting autographs from celebrities. This blossoming interest in art and celebrity evolved into a Bachelor of Fine Arts degree from the Carnegie Institute for Technology, which led to a job as a commercial artist for Glamour magazine, his first true venture into celebrity culture. From the time his first paid piece was published in September 1949, at the age of 21, Warhol’s interest in celebrities grew alongside his own ascent into stardom. He soon became one of the most successful artists in New York City and won numerous awards, including the Art Director’s Club award and the Film Culture Magazine Award.

In 1964, Warhol opened his famous studio, known as The Factory, where he not only created most of his artwork, but also hosted extravagant parties. The Factory was New York City’s center for sex, drugs, rock n’ roll, and art. Factory goers – Bob Dylan, Mick Jagger, Edie Sedgwick, Salvador Dali, Lou Reed, and many others – were usually eccentric, provocative, and, most of all, famous. Warhol used The Factory as a means to watch and engage with celebrities and, as many of them hoped, to paint them. ‘I’ve always been fascinated by the assumptions that rich kids make,’ Warhol said. ‘A lot of them think it’s normal, the way they live – because it’s all they’ve ever known. I love to watch their minds operate.’ 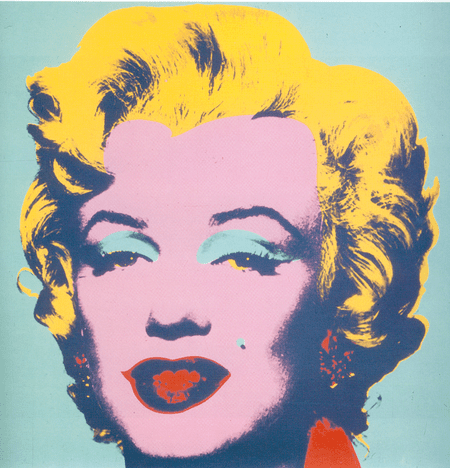 Warhol loved to paint portraits of the rich and famous. When most people think of Andy Warhol, they think of his portrait of Marilyn Monroe. Warhol painted this portrait after Monroe had overdosed on barbiturates and died. Warhol became fascinated by the very idea of figures such Monroe, with a glamorous lifestyle and an almost mythical status as a Hollywood icon, and wanted to portray her as a sex goddess and a consumer item to be mass produced. Warhol also enjoyed the carefree parties and lifestyle of rock stars. He painted ten portraits of Mick Jagger and several portraits of Elvis Presley. It’s surprising to note that Warhol also noticed Canadian celebrities who had never stepped foot in The Factory. In 1984, he painted a portrait of Wayne Gretzky at the peak of his stardom. Although Warhol wasn’t a hockey fan, he admired Gretzky for being one of Canada’s biggest celebrities, noting that that Gretzky is ‘more than a hockey player, he’s an entertainer.’

At the peak of Warhol’s stardom, he was shot and almost murdered by Valerie Solanas, a radical feminist. Solanas was angered by Warhol’s portrayal of women as sex objects to be mass produced and sold (like his portrayal of Monroe, for example). Being targeted for murder during a time when many others were – JFK, Mick Jagger, Jimi Hendrix, and later John Lennon – solidified his identity as a glamorous icon. ‘Before I was shot, I always thought that I was more half-there than all-there – I always suspected that I was watching TV instead of living life,’ Warhol said. ‘Right when I was being shot and ever since, I knew that I was watching television.’

Warhol continued his ascent to fame and notoriety until his death on February 22, 1987. Even after his death, Warhol continues to be regarded as one of the greatest artists of all time, and his work is exhibited internationally. In Warhol’s case, his fame far exceeded 15 minutes. 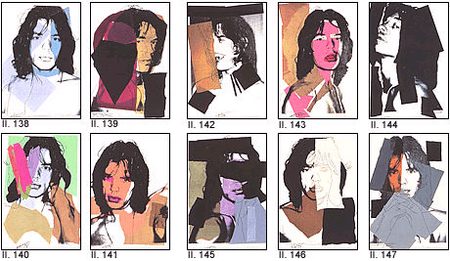 Warhol’s many portraits of Rolling Stones frontman, Mick Jagger.
Give us feedback