An Introduction To The Tragically Hip In 10 Songs 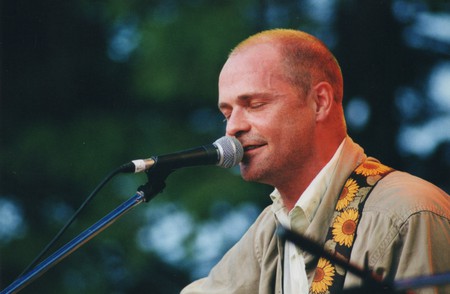 Since they formed in Kingston, Ontario in 1984, The Tragically Hip have written a quintessential part of the Canadian soundtrack. Having recorded 13 albums (nine of which have reached the number one spot), been awarded 14 Juno awards, and toured coast to coast on numerous occasions, they have become an essential listening for every Canadian.

Their music is a commentary on Canadian culture and everyday experience, whether that is love, loss, heartbreak, politics, history, geography, or even hockey. Each album and each song has added something different to the nation’s understanding of itself and has rightfully earned members Gord Downie, Paul Langlois, Rob Baker, Gord Sinclair, and Johnny Fay a place in Canada’s history and heart. Below is an exploration of 10 songs that illustrate the beauty, complexity, and, ultimately, the genius of The Tragically Hip.

Where better to start a list from one of the best Canadian bands of all time than an ode to hockey legend Bill Barilko. The song’s lyrics tell the story of Bill Barilko’s disappearance after scoring the Maple Leafs’ winning goal in the 1951 Stanley Cup and the discovery of the plane wreckage in 1962, which rather spookily coincided with their next championship. This story all takes place over a rock-and-roll track to which you’ll be singing along for hours, a classic example of The Hip bringing history to a contemporary audience.

Best Line – “The last goal he ever scored won the Leafs the cup.”

From Canadian history to Canadian geography with another fantastic sing-along rock chorus, At The Hundredth Meridian’s lyrics act as a twisted love song for Canada’s Great Plains. A near perfect road trip song for cross-country travel, the band usually plays the song at a faster tempo than the recorded version to really ignite the crowd.

Best Line – “If I die of vanity, promise me, promise me if they bury me some place I don’t want to be, you’ll dig me up and transport me.”

This acoustic track is an ideal example of the ambiguity of the band’s lyrics and the importance of metaphor and symbolism in their music. For some, it is a warning from history about what becoming overcome with fear can lead to, hence the reference to the Nazis. However, for others, it is simply a lament about the power and universality of fear across generations, whether it’s Nazi’s or focus groups which have gained the authority to make us question our own self-worth. By the end of the song, there appears to be a rejection of this fear and the band tells its audience to do the same.

Best Line – “You made me scared too, I wasn’t sure I was getting through. I got to go, it’s been a pleasure doing business with you.”

Another example of The Hip’s ability to provide a legitimate piece of both art and social commentary, Wheat Kings chronicles the story of David Milgaard who was wrongly convicted of rape and murder, which led to him being imprisoned for 23 years. The song acts as a reminder of a dark episode in the nation’s past and a warning against forgetting it, and once more the band showed their ability to shape national consciousness and identity.

Best Line: “Twenty years for nothing, well, that’s nothing new. Besides, no one’s interested in something you didn’t do.”

Although many of The Hip’s songs are centered on specific events, Ahead by a Century is one of those that speaks an altogether more universal truth about the constant state of life that we each live in. The narrative of the lyrics is an urge to the listener not to forget that life never starts tomorrow, waits for the rain to pass or exist in illusions; it is ever-present and constantly real.

Best Line: “With illusions of someday casting a golden light, no dress rehearsal, this is our life.”

Lyrically, Fireworks begins with the 1972 Summit Series, with reference to Bobby Orr’s winning goal. However, rather than being a euphoric song about the nation’s love of hockey it acts as an anthem of non-conformity, a rejection of prescribed social love in pursuit of real love. Alongside a catchy drum beat and guitar riff, Fireworks perfectly encapsulates the energy of the first throes of young love and its all-encompassing nature.

Best Line: “We hung out together every single moment, ‘cause that’s what we thought married people do. Complete with the grip of artificial chaos and believing in the country of me and you.”

Another song that chronicles an episode from Canada’s past – the Millhaven high-security jailbreak of 1972, although the song focuses more on fictional narrative than the event. Once more The Hip use history in order to tell a more human story, on this occasion, it is the story about a family struggling to come to terms with a terrible crime that tore out the heart of their family.

Best Line – “Same pattern on the table, same clock on the wall. Been one seat empty 18 years in all, freezing slow time, away from the world.”

Of all the songs on this list, there are none more personal than Fiddler’s Green. The song was written for Gord Downie’s sister after the death of her five-year-old son and was so personal that the band didn’t play it live until 2006, 15 years after its release. Fiddler’s Green refers to the Celtic idea of Heaven for sailors lost at sea, a place with a fiddle that never stops playing and the sailors never stop dancing. A harrowingly beautiful song with the power to reduce anyone to tears and a perfect example of how to turn pain into beauty.

Best Line – “He doesn’t know a soul, there’s nowhere that he’s really been but he won’t travel long alone. No, not in Fiddler’s Green.”

Bringing to life Canada’s role in World War II, Nautical Disaster is an astonishing achievement of songwriting. The lyrics describe the suffering of war and Gord Downie’s voice articulates the pain and anger that comes from conflict. The song changes history from facts and figures to its reality, a waste of human life and cause of individual and collective suffering.

Best Line – “One afternoon four thousand men died in the water here and five hundred more were thrashing madly, as parasites in your blood.”

There may have been thousands of love songs written since the dawn of human consciousness but there are few that more accurately capture the vulnerability and need for self-assurance that is at the heart of an honest relationship. Rather than describing the ease of falling in love, Bobcaygeon is about making the conscious and difficult decision to commit to someone you simply can’t get off your mind.

Best Line – “Cause it was in Bobcaygeon, where I saw the constellations reveal themselves one star at a time.”

William Westney summarizes perfectly the musical journey of The Tragically Hip: “Music, the most abstract and uncanny art, is an eternal river of sound moving through time. We can free ourselves from whatever may be holding us back, and join that flowing river.”