An Introduction To Leonard Cohen In 10 Songs 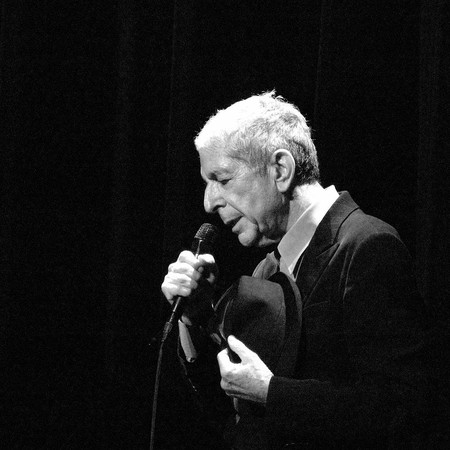 A poet, a novelist, and a songwriter, Leonard Cohen’s gift for storytelling across a series of different platforms has turned him into a creative icon. At the age of 82, he passed away after more than 50 years in the music industry.

He started out as a poet, but after years of work, and in spite of being published to critical acclaim, he came to the realization that there was little money to be made and began turning his poetry into song lyrics. He subsequently became a Companion of the Order of Canada, and was inducted into the Songwriter’s Hall of Fame. The following 10 songs sum up the work of man who continuously reinvented himself – from a master of melancholy to a romantic crooner, a political satirist to a lamenting agnostic, and all shades in-between.

Adapted from a poem he wrote, ‘Suzanne’ maps his platonic relationship with Suzanne Verdal (the girlfriend of a friend of Cohen’s). It is a song of hopeless longing for someone who you are both happy to have in your life whilst also remaining off limits due to her relationship with another man. Cohen famously stated that he and Verdal never had a physical relationship and that he only ever imagined sex with her. This beautiful song maps the walks they took together and explores whether fantasy can offer more than the reality of a real relationship.

Best Line: ‘For you’ve touched her perfect body with your mind.’

At the age of 54, Cohen wrote this masterclass in romance. It is equal parts sexual desire and romantic love, which is a nearly impossible balance to strike in song. It lacks the usual fluffy metaphor of cliché love songs and instead goes for a direct approach, which makes for uncomfortable listening if it comes on the radio when you’re in the car with your parents! Beautiful and sultry all at once, it deserves a place on this list.

Best Line: ‘And if you want a doctor, I’ll examine every inch of you.’

Written in the form of a simple country song and described by Cohen himself as a ‘bohemian ‘My Way,” ‘Bird on a Wire’ is a gentle acoustic piece that asks for nothing more than redemption, the hope that he can become a better man and ultimately be freed from his past mistakes. Suffering from depression at the time of writing the song, it is a wonderful exploration of one man’s melancholy and music’s power to heal.

Best Line: ‘Oh like a bird on the wire, like a drunk in a midnight choir, I have tried in my way to be free.’

One of Cohen’s most obviously autobiographical pieces, to such an extent that it famously ends with the sign-off, ‘sincerely L. Cohen.’ Covering the feeling of love and hate that Cohen felt as a result of a love triangle that he found himself involved in. It is a hauntingly beautiful song that you don’t fully understand but desperately want to know more about and is a quintessentially melancholic Cohen song.

Best Line: ‘I guess that I miss you, I guess I forgive you I’m glad that you stood in my way.’

A slow waltz number on the surface, but as with so much of his work, ‘Dance Me to the End of Love’ has a darker backstory. Inspired by stories that he had heard from members of the Jewish community he was part of about prisoners being forced to play music as their fellow detainees were being led to the crematorium to be burned alive. The backstory is echoed in the dark lyrics that simultaneously mirror and juxtapose the sombre and waltz tones of the music; it leaves you rhythmically dancing and shuddering all at once.

Best Line: ‘Dance me to your beauty with a burning violin.’

One of Cohen’s great pieces of satire and the lyrics are as applicable today as they were in the late 1980s. It is completely cynical, and the level of resignation in his voice doesn’t exactly make it the most hopeful political piece. With references to war, AIDS and all manner of social issues, it is a great piece of music for those most pessimistic of days.

Best Line: ‘Everybody knows that the naked man and woman are just a shining artifact of the past.’

‘Who by Fire’ is Cohen’s anti-prayer. The song is a simple questioning of how each person that he knows will die and appears as a lament of the frailty of life. It leaves the singer and the listener with a multitude of questions and, by its design, zero answers.

Best Line: ‘Who for his greed, who for his hunger, and who shall I say is calling?’

Even for a man famous for pouring himself into his art, ‘Hallelujah’ was an all-consuming writing process for Cohen. He wrote over 80 different verses for the song and holed himself up in a hotel room in New York, with only his underwear on, for weeks. The lyrics are an utter masterpiece in the depths of human emotion, and it is for that reason that it has been reproduced hundreds of times. Jeff Buckley’s rendition is nearly perfect, but it is Cohen’s lyrics that will be breaking hearts for generations to come.

Best Line: ‘And even though it all went wrong, I’ll stand before the Lord of Song with nothing on my tongue but Hallelujah.’

With its guitar riff providing a backdrop for lyrics about depression, misery and how those two things destroy all aspects of his life, ‘Avalanche’ drags the listeners into the heart of Cohen’s pain. It is an insight into the heart and mind of a man in the depths of despair.

Best Line: ‘Your pain is no credential here, it’s just the shadow, shadow of my wound.’

One of Cohen’s first releases, ‘So Long, Marianne’ charts Cohen’s decision to leave his first wife Marianne and his hope for the future tinged with his sadness about leaving. When he first met her, he thought her the most beautiful woman on the planet and soon settles with her on the small Greek island of Hydra. The song describes him being torn between leaving her because of their love and living the wandering polygamous life of a musician and poet. His decision to leave led him to writing this near perfect song and live a life that produced the exceptional music on this list.

Best Line: ‘I’m standing on a ledge, and your fine spider web is fastening my ankle to a stone.’