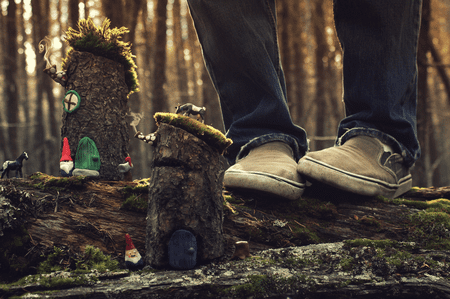 Award-winning Canadian photographer Joel Robison is often imitated, and for good reason. Even if you haven’t heard of him, chances are you’ve seen his work. His effervescent photos regularly appear in publications and have circulated the internet for years. Joel’s journey, much like his photos, unfolds like a story book and proves true the adage, “Sometimes all it takes is one photo to change your life.“

A native of Cranbrook, British Columbia, Joel has had a whirlwind career; what began as a simple hobby would end up taking Joel around the world. In 2010, Joel was in a Flickr group that chose a theme for the day. On that particular day, the theme was one of Joel’s favourite brands: Coca-Cola. With a few iconic glass bottles of Coke, Joel trekked out into the snowy wilderness and took the photo that would change his life.

A few years later, Coke took notice of Joel and asked to use his photo in a Tweet. Days later, Joel was given the chance to moderate Coke’s Flickr account, which led Joel to becoming lead photographer and voice of social media for Coke’s 2014 FIFA World Cup Trophy Tour.

Joel’s only training was a one-week class in film photography during high school. The rest was self taught, with a little help from sites such as Phlearn.

The Toronto hub of The Culture Trip had the chance to chat with the always humble Boy_Wonder. 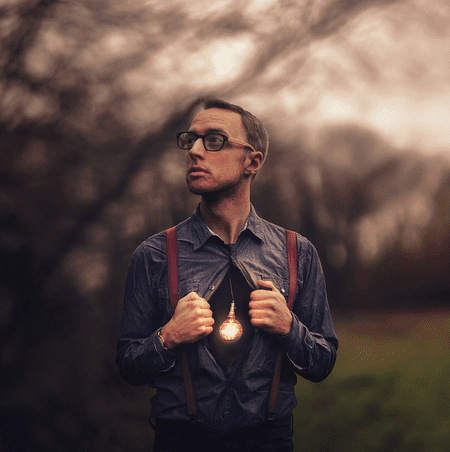 It’s written that you stumbled across Flickr about 8 years ago and that’s what inspired you to start taking your own photos. Was there a specific account, photo, or style that you saw on Flickr that really got you going?

Yeah, that’s exactly how it all started! I had only really been exposed to very traditional photography before coming across Flickr; to me photography was always documentary, weddings, or landscapes, and I hadn’t really seen much in the way of fine art or conceptual. When I joined Flickr, I started seeing a style forming that was expressive and creative in ways I hadn’t really seen before. It was a combination of painting and photography all in one.

What was your career path before your photography took off?

Before my photography turned from hobby to my profession, I was working in the school system with students with learning disabilities. I have always enjoyed working with other people, and all my education and experience is in working with young people with developmental disabilities and students on the Autism spectrum. I really enjoyed the role I had within the school I worked at, and it was a difficult decision to move into photography full time, but I wanted to see if I could pursue my new found passion!

Your work is often described as ‘whimsical’ and ‘inspiring’ by others, but how would you describe your own work?

I think I struggle with this one. I feel like it really depends on the image that I’m working on or even the mindset that I’m in during a certain period in my life. I think there are times in my life where my work is more whimsical and then times when my work is more serious or emotional. I think if I were to define it for myself, it would be ‘creatively emotive.’

How long would you say it takes to turn a concept in your mind into a finished image you can post?

It really depends on the image. Sometimes I have such a clear idea of what I want it to look like that it’s just a matter of matching the final product to the image in my mind, and those photographs are always the ones that come together quite quickly, because I feel like it’s just stepping toward the result.

Sometimes when I’m just creating something on a whim or from a sudden burst of creativity, those images take much longer to create, because I’m just blindly going into the process. On average, each image takes about five hours to shoot and edit. 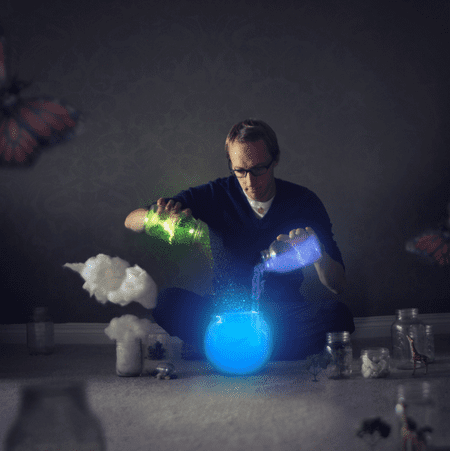 Do you use different kits for taking conceptual shots vs everyday photography?

I use a Sony A99 with an 85mm for my conceptual work; I’ve been using that setup for about two years now, and I really love it. It’s a big camera to carry around for day-to-day photos, so for those I usually just bring along a little FujiFilm x-t10 — a nice, compact camera with enough power behind it that it takes really nice shots, plus the built in WiFi is great for posting things on the go.

Your best tip to aspiring photographers is knowing how to ‘use your camera’s manual settings.’ You’ve also said, ‘It’s important to find out what makes you different than everyone else and to work on that to create a style that is distinctly you!’ What’s your next biggest tip?

I think my third tip would be to be open to different ideas. Not just conceptual or creative ideas, but to other ideas within photography. Definitely being open to new ideas is a huge tip. Don’t get stuck in what you know or do now. 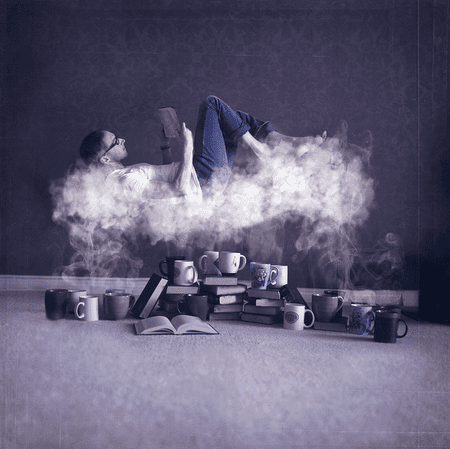 Do you wait for inspiration to find you, or do you go out and find it?

I don’t think I wait for it. It usually is always just sitting in my mind. I’m a really visual person in the sense that I often find it easier to describe what something may look like rather than describe what it feels like, so for me, my emotions, my fears, my ideas, my goals are all pictures in my mind rather than words. They’re all in there, ready to be used as inspiration.

Sometimes it does take a bit for them to filter through, and I’ll lay on my bed or go for a walk and just let my thoughts filter through; I don’t think forcing creativity or inspiration is helpful, because it make [me] feel stressed about creating, and it feels rushed rather than authentic. 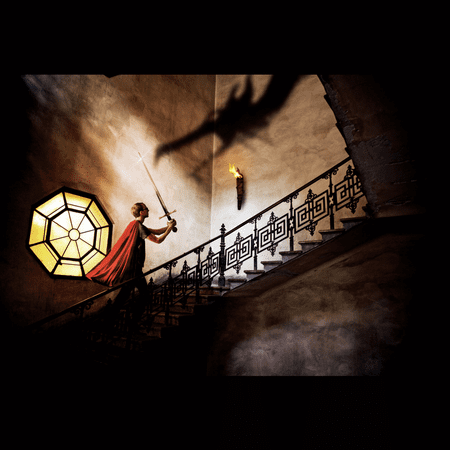 Monsters In The Attic | © Joel Robison

Have you learned anything about yourself through your own photos?

I’ve learned a lot. I think because I never dreamed of being a photographer, I was going into the whole experience completely open to the journey. Through taking self-portraits, I learned a lot about self-acceptance, and it helped me learn to appreciate myself.

I struggled and still do with confidence and self-esteem, and taking self portraits helped me to start overcoming that. I’ve learned to be more aware of the world around me; because I use natural light, I pay more attention to the light, the clouds, the weather. I notice when the seasons start to change and when the light starts moving in the sky. I think if we’re open to an experience, we can learn more than we ever thought we would.

How important has your social media presence been over the course of your career?

Social media has been a huge part of my career. I grew up and lived in a rather isolated smaller town in the mountains, where the art culture is small and quite restrictive at times. When I started branching out and using social media to share my work with other people, I found a community of other artists that supported my ideas and shared theirs with me as well.

Then once I started sharing more of my work on various networks, I realized that it was not only a chance to meet friends and gain support of my work but also to build my business. I rely on social media for a lot of my business. It’s an incredible vehicle for reaching people all around the world and giving artists a chance to work on projects that they may have never been able to in the past. 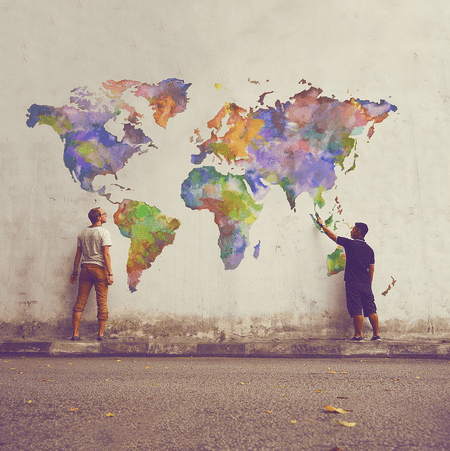 You’ve been to over 80 countries. Which country or city has been your favourite to take pictures in and why?

That’s one of the hardest questions I get asked about travelling! I think one of my favourites to visit was India, because the people were so friendly and the energy was alive, coming from a small, quiet town to these busy streets filled with people and colours and smells… it was just incredible. I can’t wait to go back and take more photos there.

I love London for its photography opportunities, as well. I love that it’s such a diverse city in the sense that you have Roman walls, palaces, landmarks, and brand new graffiti and public art, and it’s all squished together and growing as one. 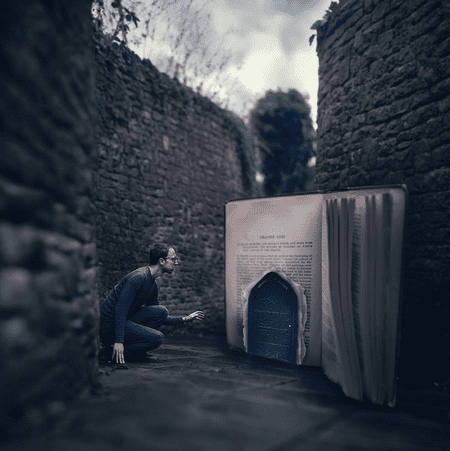 You’ve written a book called Create Yourself to help people answer ‘life’s big questions’ and overcoming creative roadblocks. In addition to that, you also offer a 12-week class. What can you tell us about the two?

The two of them actually go hand in hand. I started writing the book last year, as people were asking a lot about how to stay creative and how to become more involved in their style. I was teaching a series of workshops and realized that there was this opportunity to create a book that answered a lot of those questions and work with people on building their artistic voices.

The course then stems out of the book. It’s a three-month online course that aims to build portfolio, teach[ing] not only photography and editing but also business and social media skills and finding that artistic voice. The photography world is growing so fast, and there’s so much opportunity out there for people, but I think it can be overwhelming at times to find where we belong in it. Hopefully this course and book will help people to define their style and find where their creativity lies. 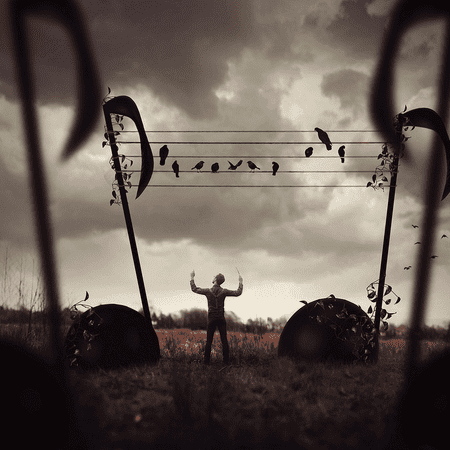 Where The Music Lives | © Joel Robison

Is there one question that you’ve always wanted to be asked about your photos but never have? And if so, do you have the answer to your own question?

That’s actually the theme of my next book! I’m producing a book of my images, but with more background on the stories behind them. A lot of the imagery in my photos is chosen for very specific reasons, and I haven’t really explained the underlying messages to a lot of my photos, so I’m making this book that is a combination of photos and stories about why I use the imagery I do.

I’ve never really been asked what my first photograph I remember taking was, and the answer to that is somewhat fitting, given my work with Coca-Cola. When I was teenager, maybe around 13 or 14, my parents had an older SLR camera that I borrowed and loaded a roll of film into. I took some random photos of our dog and grass, but the first one I remember taking with it, and being proud of the result, was a row of vintage glass Coca-Cola bottles. 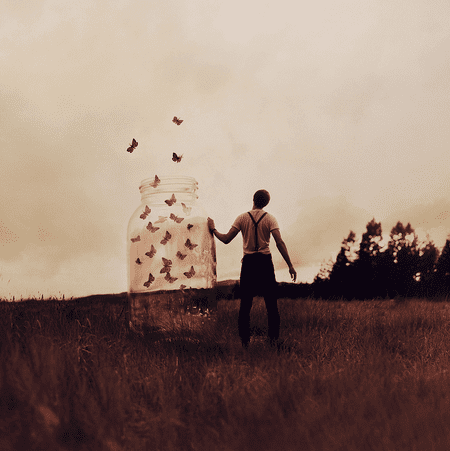 Do you have any projects you’re currently working on that you’d like to tell us about?

The course is definitely a big part of the next few months of my life. I have some smaller workshops and travels planned and then, of course, moving back to Canada. I have some ideas for some children’s books that I’m trying to sort out in my head, as I really like the idea of promoting literacy in my work, and I’d love to be able to combine both photography and reading into one project. Hopefully that becomes a reality!

To purchase your very own print, head to Joel’s Etsy page or his website’s shop.