An Adventurer’s Guide to Exploring Newfoundland and Labrador 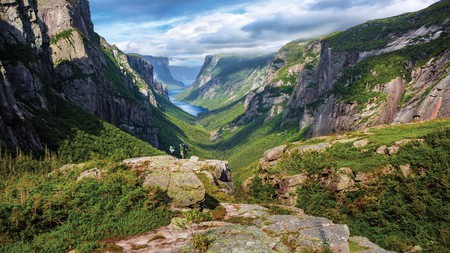 The province of Newfoundland and Labrador is one of the world’s great adventure destinations. Trails meander through dense forests and over jagged cliffs, while bays, rivers and fjords teem with marine and bird life, from polar bears to puffins.

With more than 300 hiking trails, forests by coastal national parks and ecological reserves rich in wildlife, Newfoundland and Labrador – the most easterly province in Canada – is an adventure-lover’s paradise. Traverse one of the rugged long-distance paths here or explore an ancient Viking encampment; go whale and iceberg watching, or sea kayak the bays and coves in search of marine wonders. You’ll encounter puffin colonies, humpback whales, pristine beaches, herds of caribou, wandering moose, and landscapes blissfully untouched by the modern world. Here’s a taste of the adventurous things to do in Newfoundland and Labrador.

The place to start is Gros Morne National Park, a Unesco World Heritage Site, an unspoiled reserve of craggy peaks and pristine forests in Western Newfoundland. In the summer the park offers kayaking, boating, and hiking trails to suit all fitness levels. Landscapes range from mountain-rimmed fjords to the Tablelands – a peculiar, ochre-tinted wilderness and the only place in North America where you can hike on the earth’s mantle.

Over on the eastern side of the island, Terra Nova National Park is a densely wooded preserve of coastal boreal forest, ponds and marshes, laced with trails where beavers scurry and moose graze the undergrowth. 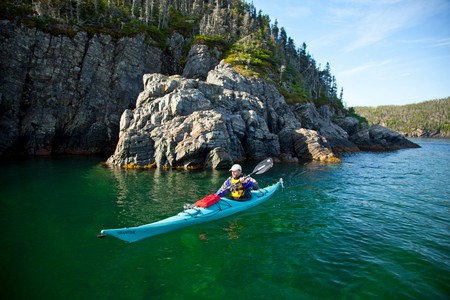 Man sea kayaking in summer at mid-day along the coastline of The Arches, Barrow Harbour, Bonavista Bay, in Terra Nova National Park | Courtesy of Newfoundland and Labrador Tourism

Off the beaten path

To really get off the beaten path, take the ferry across to Fogo Island, a magical place with fishing villages of multicolored cottages, saltbox houses, wharves and fishing stages clinging to the rocks. The island has plenty of trails; Joe Batt’s Point Walking Trail (3mi/5km return) hugs the coast, passing the stylish Long Studio (a modern, container-like hub for artists) and ending at the Great Auk statue – both fruits of the innovative arts program on the island. 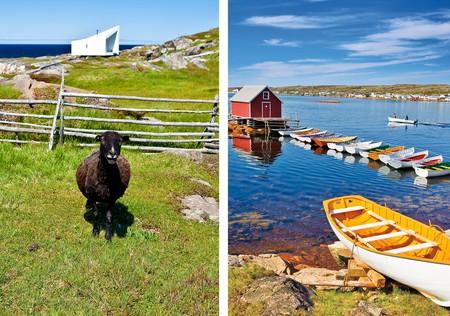 Hop on the ferry across to Fogo Island, a unique corner of the world dotted with old fishing stages and contemporary artist studios | Courtesy of Newfoundland and Labrador Tourism

Slicing along the scenic shores of the Avalon Peninsula, the East Coast Trail is the most accessible of the long-distance hiking paths in Newfoundland and Labrador, taking in the province’s capital St John’s. The core 209mi (336km) section stretches from Topsail Beach to Cappahayden, with lovely quaint inns and bed and breakfasts to suit your every need. It requires advance planning, but you’ll encounter tranquil moorland, waterfalls, towering headlands, and fishing communities that have changed little since the 18th century.

Cyclists can tackle the Newfoundland T’Railway Provincial Park, a 550mi (880km) multi-use rail trail that crosses Newfoundland from east to west – it was once the Canadian National railway line. 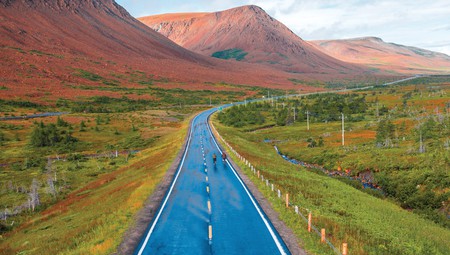 Adventure on the water

With 18,000mi (29,000km) of coastline, plus numerous inland rivers, lakes and ponds, it’s no surprise Newfoundland and Labrador is ideal for water adventures. White-water rafting is offered on the Exploits River, the longest waterway on the island of Newfoundland. Go kayaking or paddleboarding on the calmer waters of Bonne Bay in Gros Morne National Park and you’ll spy basking seals and otters, frolicking whales and porpoises, and nesting bald eagles.

It’s even possible to go diving in the pristine Atlantic waters off the coast – wreck diving in Conception Bay reveals the hulks of World War II ships, torpedoed by German U-boats.

Boats from Twillingate explore Iceberg Alley from late spring, offering epic views of towering blue-white ice that floats down from Greenland, as well as migrating whales that graze offshore in the summer. St Anthony and Bay Bulls are also popular hubs for whale watching; the largest population of humpback whales in the world, plus fin and minke whales, flock here between June and August. 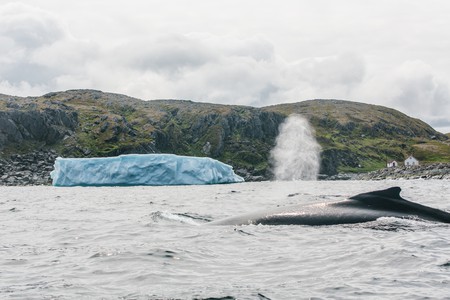 Hunt for fossils and Viking settlements

Much of Newfoundland and Labrador’s past is preserved in situ, completely unspoilt. Take a trip far into prehistory at Mistaken Point Ecological Reserve, a Unesco World Heritage site of more than 6,000 well-preserved precambrian fossils – mostly leaf-like imprints of ancient creatures called rangeomorphs, dating back some 579m years. Accessible by guided tour, the remote coastal site is one of the few places you can examine ancient fossils up close.

At the far northern tip of Newfoundland island, wind-swept L’Anse aux Meadows National Historic Site, a Unesco World Heritage site, preserves the remains of a Viking settlement, established in the early 11th century and brought to life by interpreters in period costume. Across the Strait of Belle Isle, Basque fishermen built a large whale-processing complex at Red Bay National Historic Site, also a Unesco World Heritage site, in the early 16th century. Today a boat runs from the interpretation centers – where several Basque boats recovered from the bay are displayed – across to Saddle Island, where more than 130 sailors are buried. Further up the Labrador coast, you can stay overnight in Battle Harbour, a beautifully restored fishing settlement established in the 1770s, and still only accessible by boat. 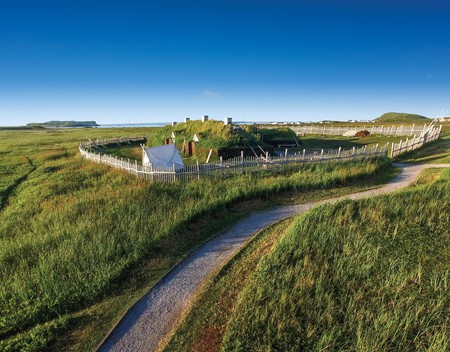 A boreal and subarctic wonderland, Labrador is perfect for travelers looking to get well off the beaten path. Some 60 percent of it is forest, and you are permitted to hike or kayak almost anywhere in the interior (most of which is crown land), tranquil lakes and giant waterfalls along the way.

Driving the 750mi (1,208km) Trans-Labrador Highway is an adventure in itself. Much of the route from the Québec border near Labrador City to Blanc-Sablon on the south coast is now paved (though it’s still best to attempt the trip in high summer). The road provides access to the primary sights in southern and central Labrador, from the historic fishing communities on the coast to the dense woods and iron-rich mountains of the interior. 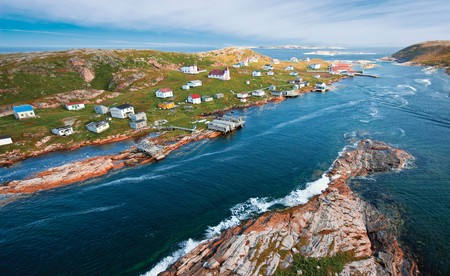 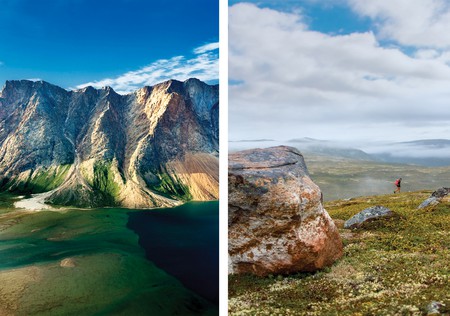 Ready to start booking your trip to this wonderful part of Canada? Check out our bookable experiences, request a custom itinerary, and explore more about Newfoundland and Labrador.