A Well-Storied City: Top 5 Books Every Torontonian Must Read

With authors such as Margaret Atwood and Dionne Brand calling Toronto home, this is truly a well-storied city. Writers fuse day-to-day life of Toronto with the fictional city through their works. For an in-depth look at Toronto’s literary history, Amy Lavender Harris’ survey Imagining Toronto is highly recommended. Here are five Toronto-based reads that give a taste of the rich diversity of literary genres that have been inspired by the Toronto cityscape. 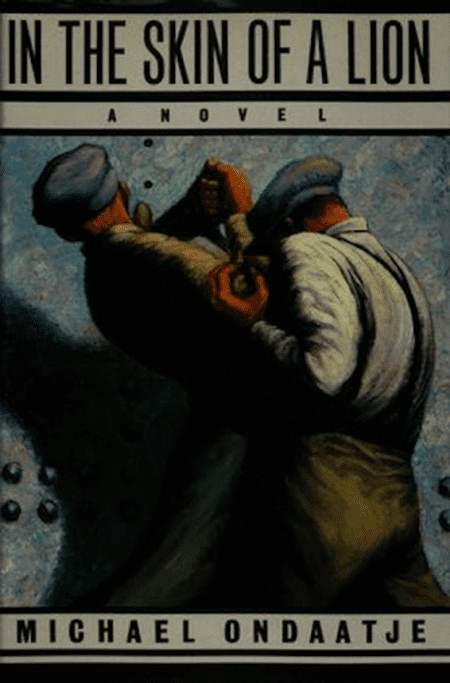 In the Skin of a Lion, Michael Ondaatje

Michael Ondaatje’s novels are essential reading for any Canadian booklist. In the Skin of a Lion will appeal to Torontophiles in particular as Ondaatje brings 1930s Toronto to life, as well as offers glimpses into rural areas around the city, including Muskoka. First published in 1987, this post-colonial novel integrates real historical events and multiple voices in the unfolding of the story. Ondaatje uses the experiences of the working-class immigrants who were integral to the construction of the city, including major infrastructure projects like the Bloor Street Viaduct and the R. C. Harris Water Treatment Plant – which remain definitive features of the cityscape into today. In fact, after reading the novel it’s well worth making an excursion across or beneath the Viaduct to reflect back on the history of its making and the migrants who were essential to its vast construction.

The novel functions as a prequel for Ondaatje’s internationally acclaimed novel The English Patient, which was adapted to film in 1996. 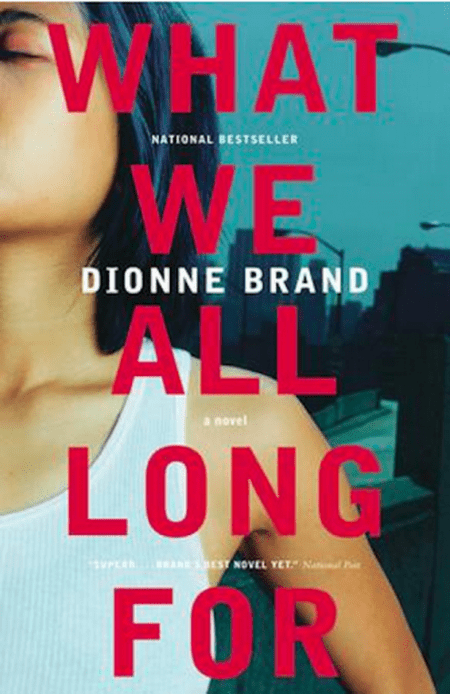 What We All Long For, Dionne Brand

In Dionne Brand’s 2005 novel, the city itself emerges as a character, with its rich variety of neighborhoods, languages, races and ethnicities re-imagined and described in detail. The descriptive opening pages of the novel draw the reader right into the dynamic center of the city, and the narrative follows four 20-something friends living in downtown Toronto. Importantly, all of them are “born in the city from people born elsewhere,” or second-generation immigrants with diverse family backgrounds, giving further insight into the social textures of contemporary Toronto. They work to make a life for themselves in the city, providing support for one another through their personal and family struggles.

This trilogy is a well-beloved coming-of-age classic set in Great Depression era Toronto. First published in 1981, this semi-autobiographical series follows the antics of a spirited girl experiencing some of the roughest aspects of the 1930s. The landmarks of Toronto, including its side streets, department stores, streetcars, and the Swansea neighborhood in particular, are vividly described, as the family tensions, poverty, and hints of political conflicts are observed through the eyes of pre-adolescent Beatrice – nicknamed Booky by her mother. Constant hunger and the scare of the bailiff making his rounds of evictions blend with Booky’s growing pains. The series also includes archival photos, which add to the vital sense of this period of Toronto’s history. 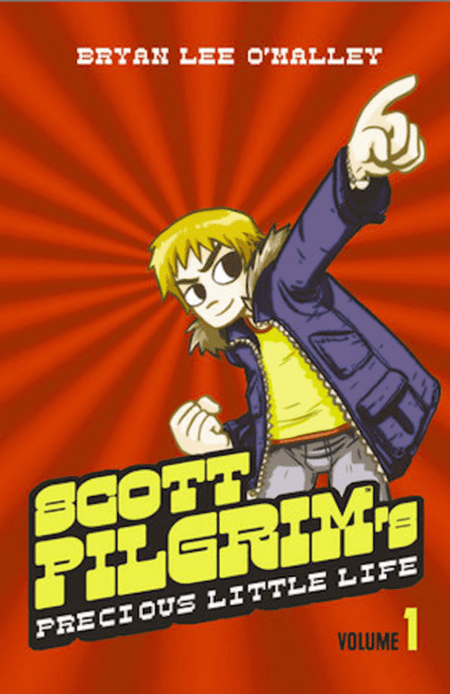 After viewing the city through a historical lens, how about Toronto as the backdrop to a modern graphic novel? Set in a contemporary Toronto that also fuses other dimensions of reality, O’Malley’s series uses the city as the stage of the adventures of 23-year-old musician and slacker Scott Pilgrim and his cronies. The Toronto cityscape is conveyed through black-and-white illustrations, the energetic backdrop to Scott Pilgrim’s misadventures. Combining absurdist humor with a taste of melancholy, the series is a fun and engaging read – a great introduction to the graphic novel genre.

The six volumes of the series were released between 2004-2010, and it was popularized by the 2010 film adaptation of the series, Scott Pilgrim vs. the World. Filmed on location, the comedy flick will also appeal to Torontophiles. 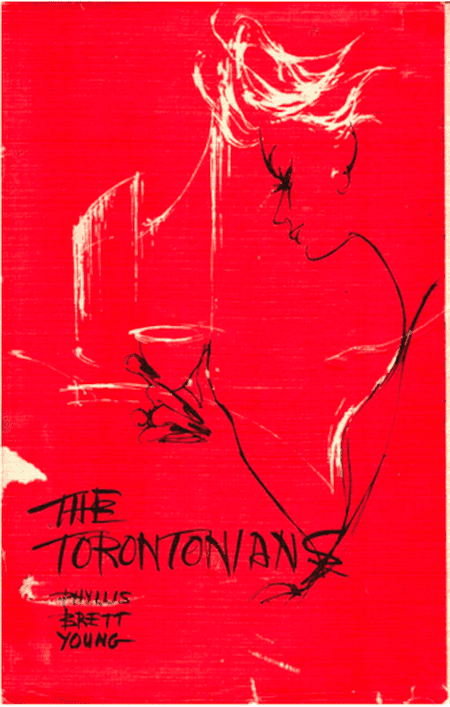 Step back in time to mid-century Toronto’s suburban lifestyle. Phyllis Brett Young’s novel, set in 1940s-50s Toronto, was originally published in 1960 and became an international bestseller. Following the introspections and experiences of Karen Whitney, a housewife and mother living at the developing outskirts of Toronto, Young turns a critical eye to the city’s developing suburban ennui and explores family and femininity during a time when the city was in a period of expansion and emerging diversification. The Torontonians offers social commentary and insight into this developmental period, particularly about the lives of women just prior to second-wave feminism, and reveals the contrasts and convergences of suburban and cosmopolitan life.

Even more interesting, however, is the story that surrounds the publication of the novel itself. After its initial international success, The Torontonians was nearly forgotten – as was the author, despite her early literary successes and considerable acclaim – and has only recently been rediscovered and re-released. Young’s long-lost book is a gem because there are few early examples of Toronto-based novels, and especially those that use suburbia as the main setting.

Read more about the rediscovery of this Toronto classic here.