A Nobel Vision: The Works of Alice Munro 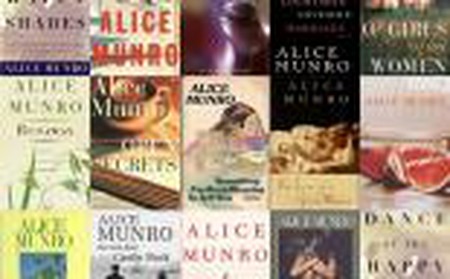 The awarding of the 2013 Nobel Prize for Literature to Canadian writer Alice Munro sparked surprise in some quarters, as her reserved prose and everyday concerns seemed ill-fitting for such a grand honour. However, these themes bely the profundity of Munro’s oeuvre which, in its tight focus on ordinary lives, remains an incomparable achievement in contemporary literature. 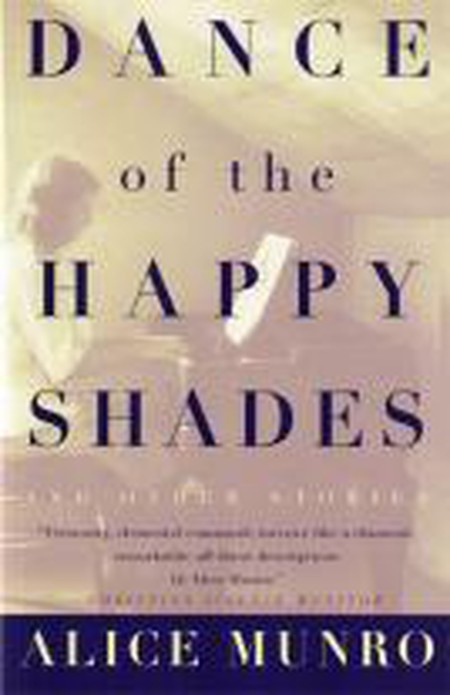 ‘Children, of their own will, draw apart, separate into islands of two or one under the heavy trees, occupying themselves in such solitary ways as I do all day’.
Munro’s first collection of short stories introduced her measured, deliberate prose to the world and garnered the 1968 Governor General’s Award for English Fiction. With its focus on the small town of Western Ontario and the vagaries of everyday life in a close-knit community, it encapsulated Munro’s vision and proscribed the terrain she would explore over the course of the next 50 years. Its focus on moments of quotidian revelation, and the depth of Munro’s empathetic vision, makes it a minor classic which signalled the Nobel laureate’s incredible talent to the world. 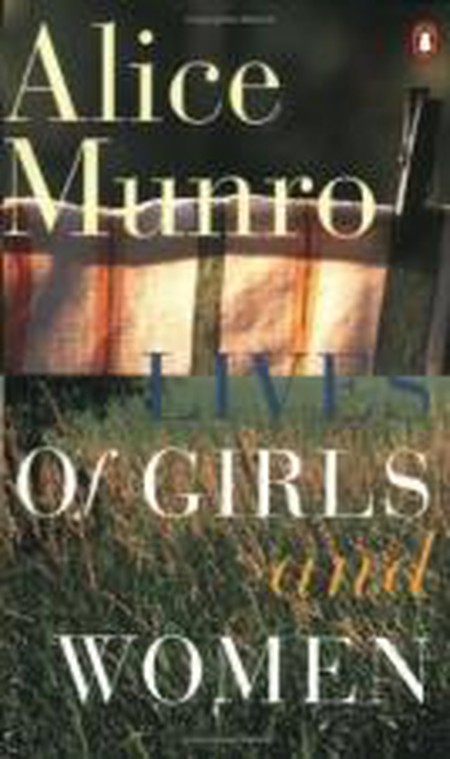 ‘Boys’ hate was dangerous, it was keen and bright, a miraculous birth right, like Arthur’s sword snatched out of the stone, in the Grade Seven Reader. Girls’ hate, in comparison, seemed muddled and tearful, sourly defensive’.
A short story cycle which records the exploits of a single character, Del Jordan, Lives of Girls and Women is Munro’s most ‘novelistic’ collection and can be read as an episodic piece of prose. Again, it focuses on small town life in Western Ontario, but introduces feminist themes and ideas which Munro would develop throughout her career. Its picture of small town desolation and isolation is powerfully moving and makes it a particular standout in Munro’s canon. 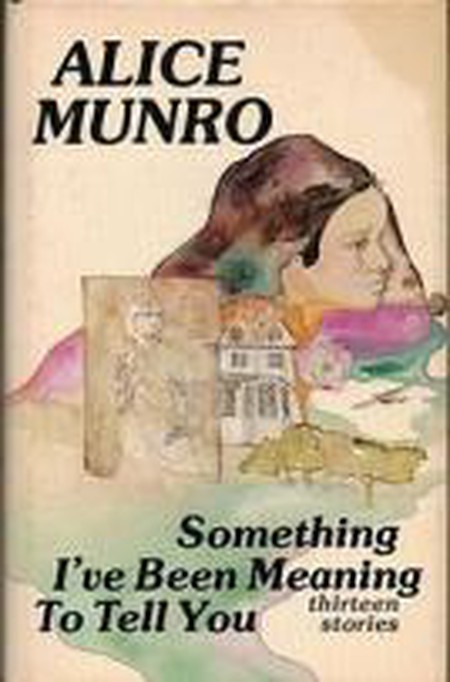 ‘The unhappiest moment I could never tell you. All our fights blend into each other and are in fact re-enactments of the same fight, in which we punish each other – I with words, Hugh with silence – for being each other. We never needed any more than that’.

Something I’ve Been Meaning to Tell You marked the emergence of Munro’s mature style, and revealed the way in which her work could encompass universal themes in a small town, almost minimalist framework. It also marked the recognition of her talent beyond her native Canada, propelling her to the esteemed position in the contemporary literary world which she has occupied ever since. 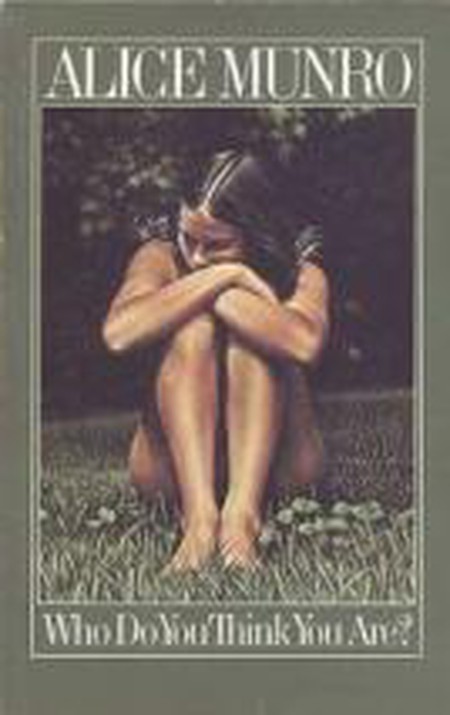 ‘This was, of course, in the days before the war, days of what would be later be legendary poverty, from which Rose would remember mostly low-down things—serious-looking anthills and wooden steps and a cloudy, interesting, problematic light on the world’.
Published as The Beggar Maid outside of Canada, and nominated for the Booker Prize in 1980, Who Do You Think You Are? also won the 1978 Governor General’s Award for English Fiction. Containing stories such as ‘Royal Beatings’ and ‘Simon’s Luck’, Who Do You Think You Are? engages with themes of shaming and questioning within the small town milieu that Munro made her own. As in Lives of Girls and Women, the stories in this collection are interlinked and can be read as a novel. 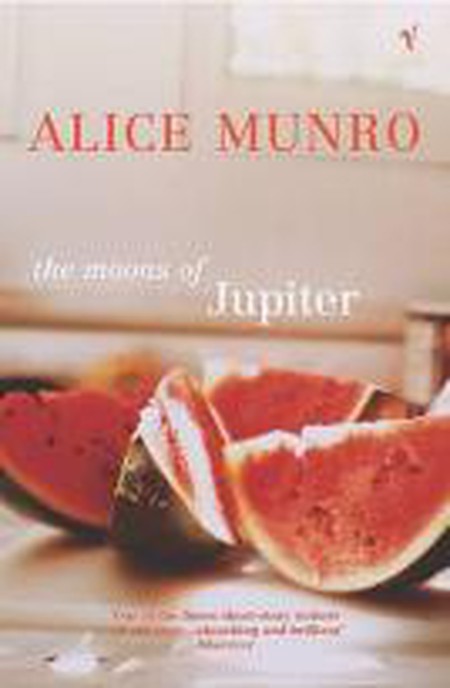 ‘Life would be grand if it weren’t for the people’.
Offering tales of romantic love and self-discovery which utilise the moons of Jupiter as an allegorical framework, The Moons of Jupiter is one of Munro’s best loved collections. It is also a notable addition to the Munro oeuvre because of its non-linear structure, which she utilises to evoke the vagaries of time and memory. This manifests itself in an ‘in media res’ form in which chronological gaps embody the complexity of her characters’ lives and loves. 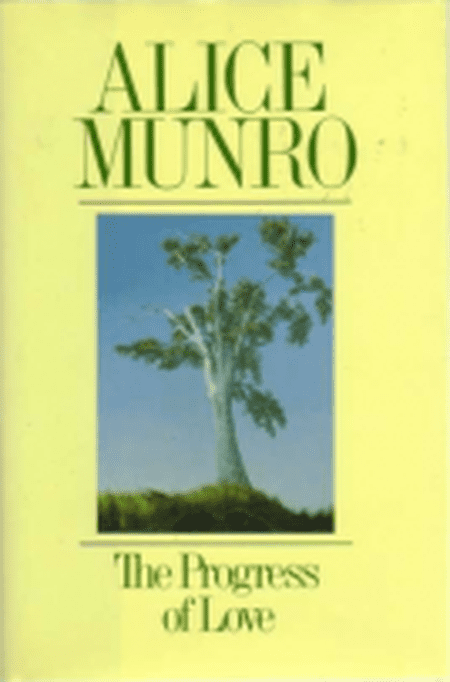 ‘This is the way you look at the poorest details of the world resurfaced, after you’ve been driving for a long time — you feel their singleness and precise location and the forlorn coincidence of you being there to see them’.
Munro’s third collection to win the Governor General’s Award for English Fiction, The Progress of Love continues her excavation of small town life and love. In it stories such as ‘The Moon in the Orange Street Skating Rink’ and ‘Eskimo’ document the betrayals and minor tragedies which punctuate everyone’s lives with Munro’s typically understated, minimal style. 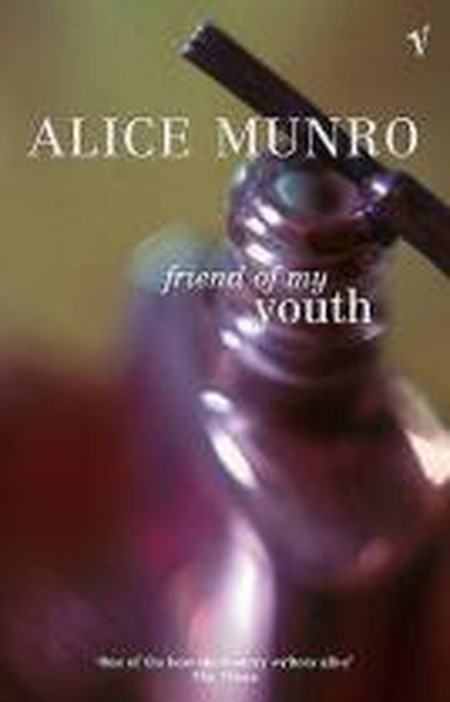 ‘I used to dream about my mother, and though the details in the dream varied, the surprise in it was always the same’.
Winner of the 1990 Trillium Book Award, Friend of My Youth is notable for its sustained focus on nostalgia and reminiscence, themes which Munro explores in all her collections but rarely with such emphasis. The story ‘Friend of My Youth’ is almost entirely devoted to the reminiscence of a family that the central character once knew, and is saturated with pathos and a sense of loss. 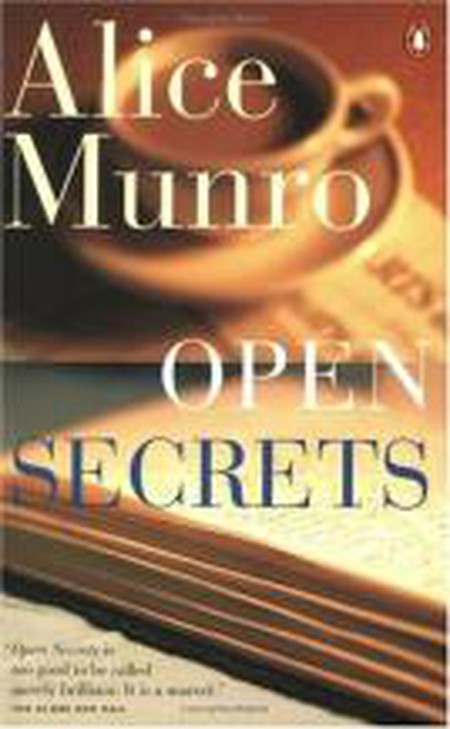 ‘It was at this time that she entirely gave up on reading. The covers of books looked like coffins to her, either shabby or ornate, and what was inside them might as well have been dust’.

Set around the town of Carstairs, Alberta, Open Secrets documents the varied lives of eight women in its eight stories. In ‘A Wilderness Station’, Munro depicts the arranged marriage of an orphaned girl in 1850s Carstairs, whilst ‘Carried Away’ uses the correspondence of a World War II soldier as a vehicle for its exploration of femininity in small town Canada. 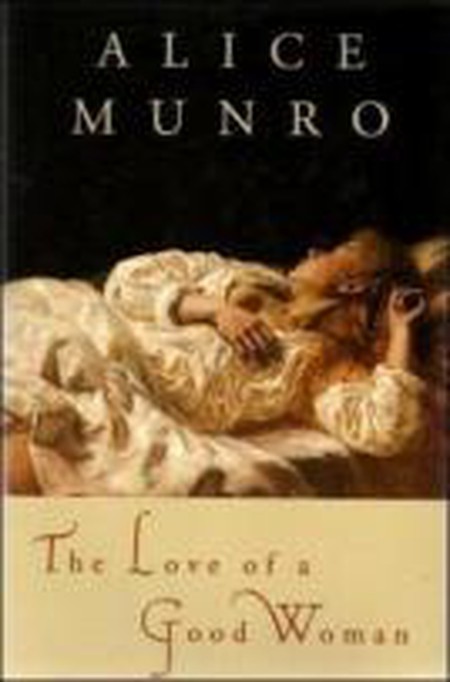 ‘”Son of a gun,” these boys said. With gathering energy and a tone of deepening respect, even of gratitude. “Son of a gun”’.
Regarded as one of Munro’s best collections, The Love of a Good Woman is the starting point for many Munro readers. It won the Giller Prize and the National Book Critics Circle Award for Fiction. It continues Munro’s exploration of life in rural Canada, with the title story a particular poignant reflection on how one life, or death, can affect a whole town. 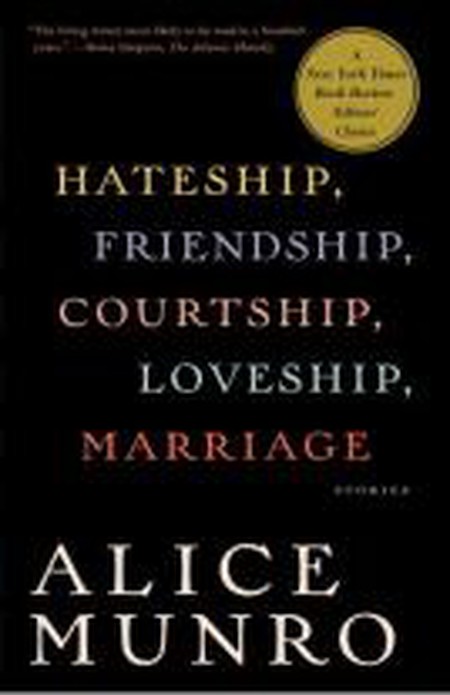 ‘Can’t you tolerate people being different, why is this so important? If this isn’t important, nothing is’.

Confirming her reputation as a modern day Chekhov, Hateship, Friendship, Courtship, Loveship, Marriage, as its title suggests, neatly encapsulated the themes of Munro’s entire oeuvre. Its story ‘The Bear Came over the Mountain’ was adapted into a film starring Gordon Pinsent and Julie Christie, Away from Her, in 2006. 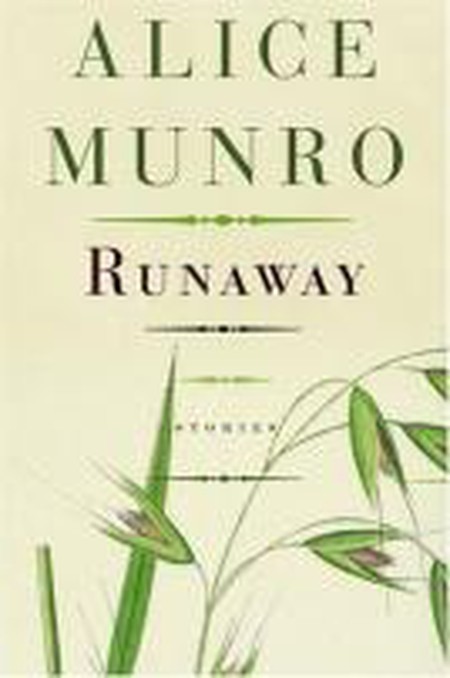 ‘If it was somebody getting ready to turn in at their gate it would be slowing down by now. But still Carla hoped. Let it not be her’.
Another winner of the Giller Prize, Runaway explores life throughout rural Canada, and reflects on the breakdown of relationships and love affairs. Munro’s tendency to write about ordinary lives and their mundane tragedies is to the fore in this collection, in which every story tells of estrangement and reconciliation. 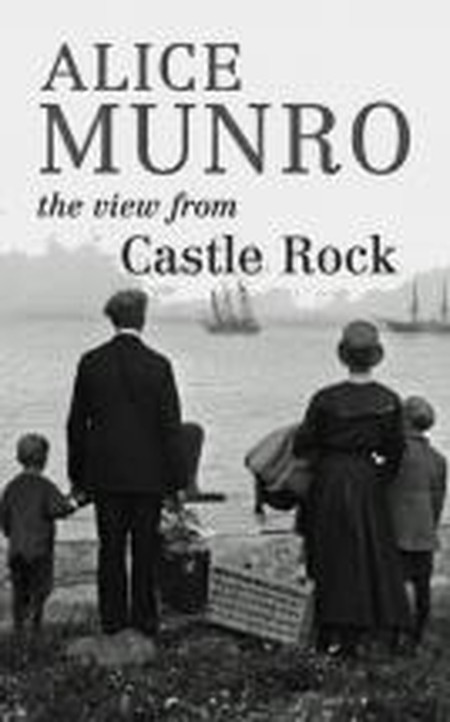 ‘As far as I know, my ancestors, generation after generation, were Ettrick shepherds’.
A unique addition to the Munro canon, The View from Castle Rock combines autobiography, history and fiction to tell the story of Munro’s own ancestors. It documents the Laidlaw family, from which Munro is herself descended, and their life from their time in 18th century rural Scotland to the present day. Half of the collection is a historical document of the family, whilst the second half is a fictional imagining of their lives in which the typical Munro themes are revived. 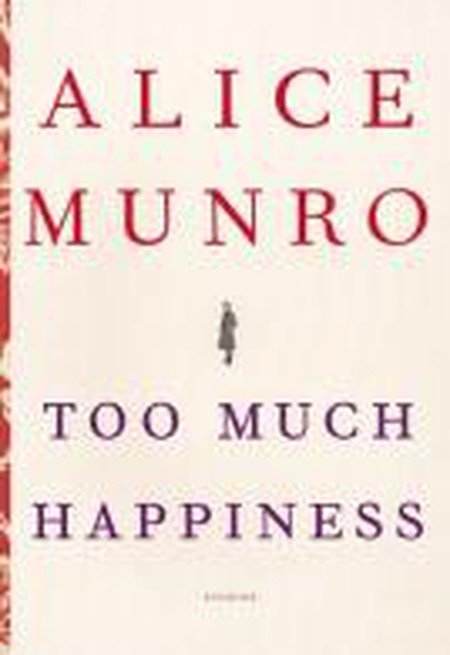 ‘In your life there are a few places, or maybe only the one place, where something happened, and then there are all the other places’

Too Much Happiness was a return to more familiar Munro terrain after The View from Castle Rock, and brings readers back to the ‘Alice Munro Country’ of Ontario. However there is some variety with the title story, which is set in Victorian England and follows the travels of a famous Russian mathematician. 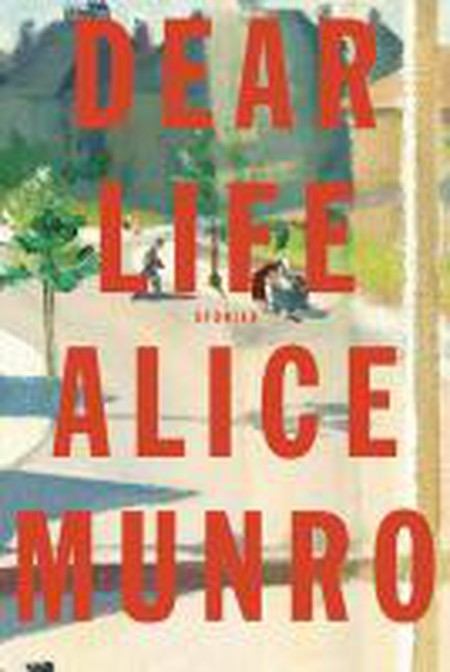 ‘We say of some things that they can’t be forgiven, or that we will never forgive ourselves. But we do–we do it all the time’.
This collection is a meditative assemblage of the themes which have obsessed Munro throughout her career, with an added autobiographical element that reveals Munro’s genesis as a writer. It is fitting that this is her last collection (she has retired from writing, although we can hope her plans change), and the one which preceded her Nobel Prize for Literature, as it sums up the incredible achievement her writing career represents: to exhume life’s mundane tragedies, and to illuminate the pathos and profundity of our everyday lives.