A Canadian Designer Created Her Own Dream Home and it's Stunning 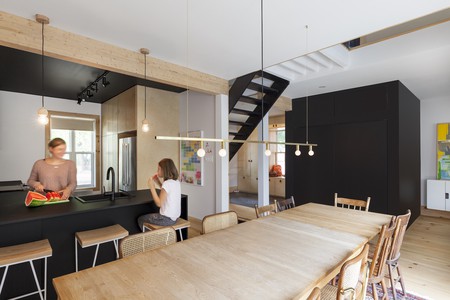 This century-old house in Laval, Montreal, has been completely transformed by owner and designer Mélissa Ohnona into a 21st-century family home that’s packed with character. Culture Trip took a look inside this beautiful contemporary property. 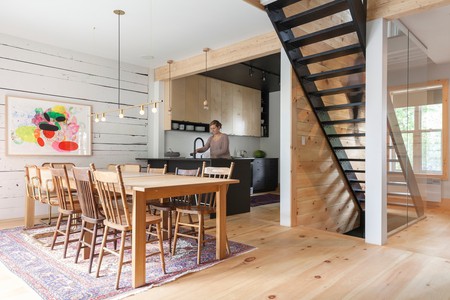 This suburban house had great potential but was a hodgepodge of unusually divided spaces due to a bad renovation attempt in the 1990s, devoid of any period charm. However, Mélissa could see beyond its problems and set about transforming it into a functional family home. She wanted to maximise the space as well as the natural light and exterior views from the house, so she needed to completely rethink the layout. 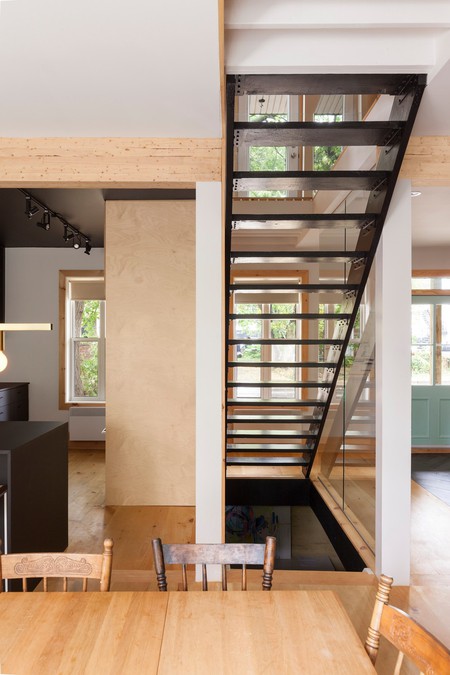 Not much was left untouched; even the staircase was moved and an extension was added to the second storey to provide an extra bedroom, making four in total. This was not the first time Mélissa and her husband tackled major renovations, so they knew what they were getting into from the start. By doing a lot of the work themselves, the couple managed to save money as they were working to a tight budget – Hubert, Mélissa’s husband, built the stairs, installed the floors, the mouldings, the wood panelling on the wall, the doors and also did all of the painting. 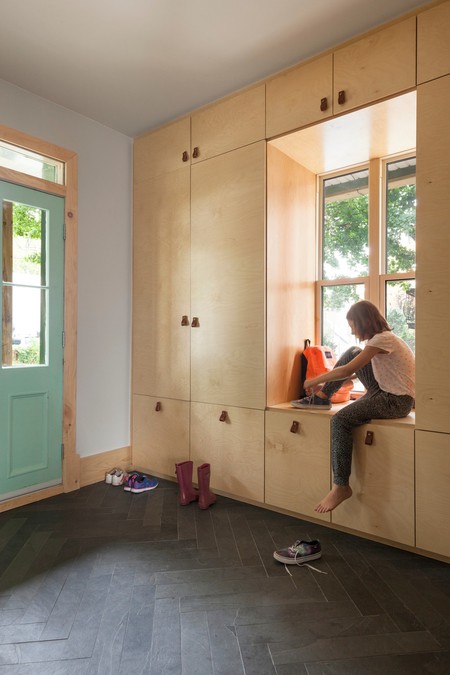 Now lovingly restored, the house has a handmade feel, which contributes to the warmth of the property. Slate tiles, pine flooring, leather handles, glass railings and matt kitchen cabinets also add texture and interest to the interior spaces. 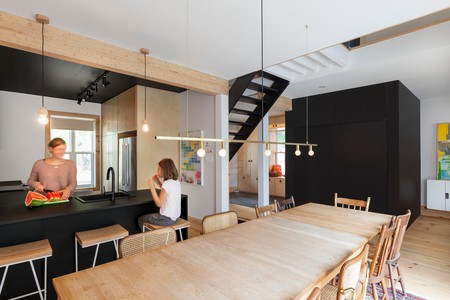 The black cube hides a cloakroom and laundry | © Maxime Brouillet 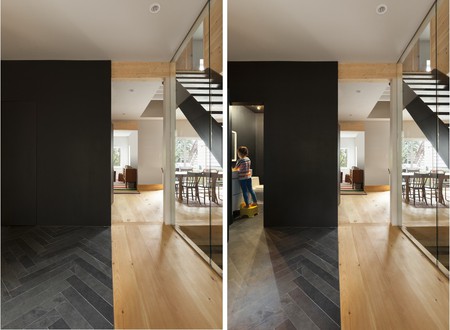 The ground floor strikes a perfect balance between openness and defined spaces. When you first enter, a black cube (where the cloakroom and laundry area are concealed) adds a bit of the mystery, and ensures that the house does not reveal itself completely at first glance. 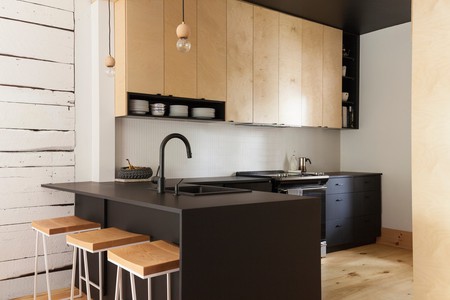 The kitchen is partially tucked into a nook behind the staircase, yet still has open access to the dining area. This was key for Mélissa who likes to entertain and meant that she could still socialise with her guests while cooking. The previously small dining room can now cater for up to 14 people at dinner parties. 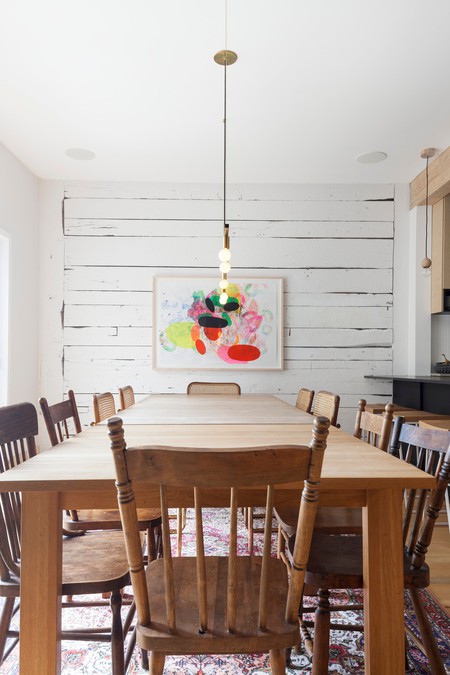 Both the living area and spacious dining room have views out to the greenery of the garden beyond (the living room was previously at the front of the house, which faces out on a busy street). 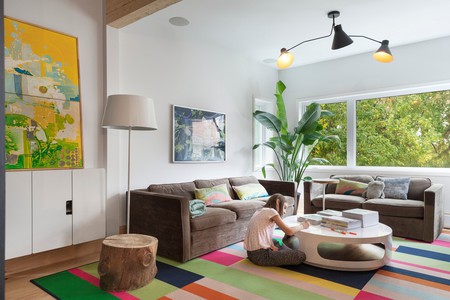 The living area is bright and more colourful than the rest of the house, mimicking the greenery outside | © Maxime Brouillet

Upstairs, the second floor is now divided into two equal parts by a central rift, which connects the two floors. Only two small ‘bridges’ cross the gap to allow access from the hallway to the bedrooms on the other side, creating interesting views to the living area below. 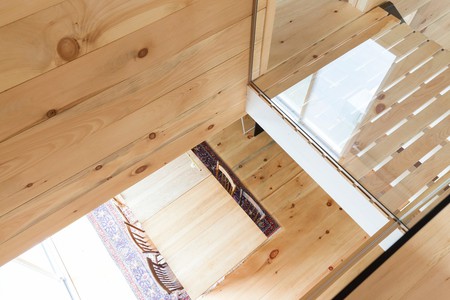 A restricted colour palette of black, white and pale woods link all the spaces together, with the pine adding character and much-needed warmth to the house. Simplicity, sobriety and functionality are key to Mélissa designs; she refers to this project as “the big small house” – it is at once grand, with its high ceilings and open staircase, but also welcoming and homely, with its timber surfaces and human-scale spaces. It’s a delicate balance that has been successfully pulled off, giving Mélissa and her family their dream home. 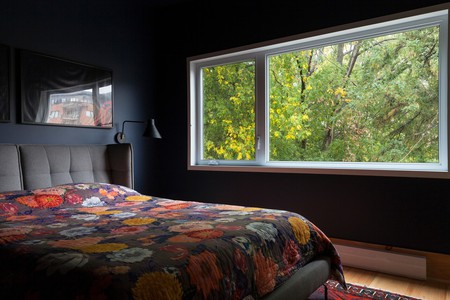