A Brief History of Whistler Blackcomb 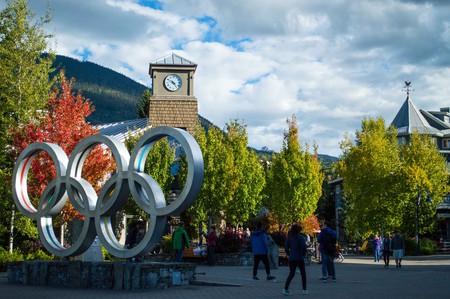 Whistler Blackcomb Mountain is the biggest ski resort in North America. It’s as well known today for its skiing terrain as it is for its excellent village life and après-ski spots. Here is a brief glimpse at the resort’s history: from its beginning as London Mountain to its Winter Olympic debut.

Whistler’s beginning starts in the 1860s when British Naval Officers came to the area and called the main peak London Mountain. Whistler then became the most popular summer destination west of the Canadian Rockies in the 1920s, thanks to Myrtle and Alex Philip. They built the Rainbow Lodge on Alta Lake’s shore in 1914 and named it after the rainbow trout that tourists caught in the lake. Fortunately, the Pacific Great Eastern Railway (known today as BC Rail) expanded to Whistler in the same year, helping to bring visitors to the region. 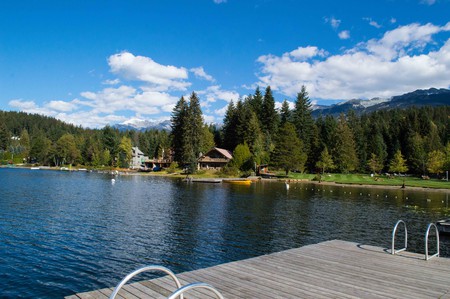 In 1960, local businessman Franz Wilhelmsen formed Garibaldi Lifts Limited, hoping to host the 1968 Winter Olympic Games. However, many people didn’t think he would successfully win the bid. Unfortunately, they were correct, and France hosted the Winter Olympics instead. Even with those dreams crushed, Wilhelmsen and his team worked to make Whistler what it is today.

On August 27, 1965, London Mountain became Whistler, named after the sound that the local Hoary Marmots make. In February 1966, Whistler Mountain officially opened to the public for skiing. The official website says: ‘Boasting the biggest vertical drop in North America and a ski season that stretched from early November until late May, Whistler Mountain opened with a four-person gondola, a double chairlift, two T-bars, and a day lodge, and virtually reinvented the modern ski experience.’

In the late 1970s, Whistler Village began to take shape. Neighboring Blackcomb Mountain opened at the end of 1980, and the two mountains had a lot of healthy competition over the years. For instance, if one mountain created a new lift, its counterpart would soon follow suit. In 1997, the two mountains merged to create the world-renowned skiing destination Whistler Blackcomb. By 2004, the ski resort’s total terrain reached 8,171 acres. But they weren’t done yet. 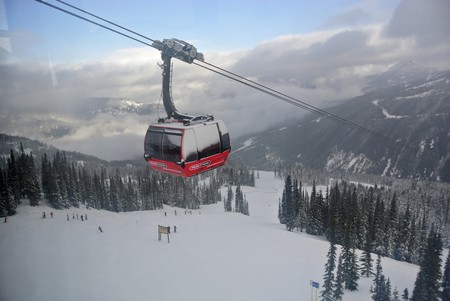 The PEAK 2 PEAK Gondola opened in December 1998 and smashed three world records, including becoming the world’s longest continuous lift system. It connected Whistler and Blackcomb Mountains and opened up a lot more possibilities for both summer and winter activities. Then Whistler Mountain’s dream came true in July 2003 when Vancouver was named the 2010 Olympic and Paralympic Winter Games host city. Whistler was the official alpine skiing venue.