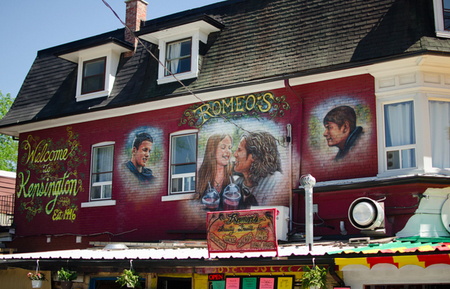 Kensington Market is Toronto’s cultural mecca — a neighborhood filled with eclectic vintage shops, cheese and fish mongers, specialty meat and bread shops, cafes and a unique blend of restaurants featuring cuisines from all over the world. Revel in the Victorian architecture, brightly painted buildings, and art murals adorning public spaces, all of which showcase the unique character of Kensington Market and its centuries old roots.

Located just west of Chinatown, Kensington Market is a vibrant neighborhood in the heart of the city made up of narrow streets, synagogues, parks, commercial businesses and residential homes and apartments — either tucked down small alleyways or built on the second level of shops. Many know this area as distinctively unique, an urban 27 hectare district that makes for one of the best spots to snap a photo of its cool and quirky style, especially on Sundays when the streets are a “no car zone.” 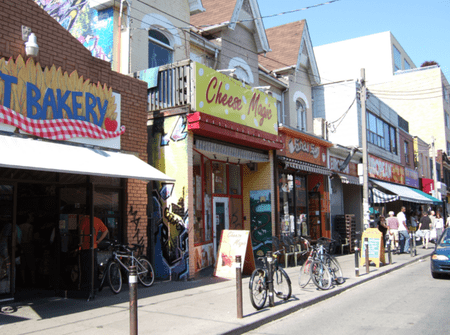 The varied architecture and multitude of colors found in Kensington openly expresses its evolving inhabitants throughout the course of history. From the old Victorian style houses representative of the 19th century to the brightly colored, ‘hippie’ 1960s, this neighborhood prides itself on being eclectic. Despite the dense population, Kensington has managed to maintain all low-rise buildings, preserving the historical and dynamic vibe of the area. 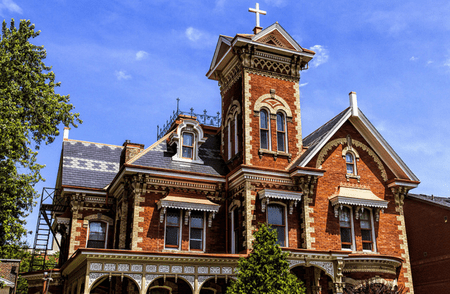 The history of this urban community began in 1815 when George Taylor Denison built his Bellevue Estate on a 100-acre piece of land that sat just west of Spadina Avenue. He eventually divided the property into plots that were sold to British and Irish immigrants in the 1850s and 1860s. An influx of immigrants continued to flood to this area, and in response, workers built small cottages along the small laneways, developing the area into a middle class Anglo-Saxon neighborhood with street names like Kensington Avenue and Oxford Street.

In the early 1900s, the area began to see a change in its cultural landscape as Jewish immigrants, mostly from Eastern Europe, flooded the area. Excluded from being able to trade or sell to the business community, Jewish families began to build outdoor stalls in front of their homes, selling goods to their neighbors and turning Kensington into an “old world marketplace” that continued to flourish and grow for the next 30 years. Other residents followed suit, building upwards and outwards to compete for business and make more room for stores and shops. 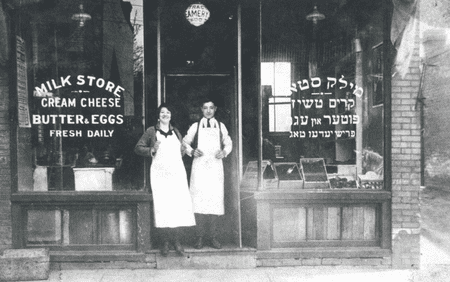 By the late 1960s, Kensington became an incredibly diverse area, hosting immigrants from all over the world with ethnicities, races and religions ranging from Eastern Europe, Portugal, Italy, China, East India and those of Afro-Caribbean decent (the former which immigrated post-war in the 1950s). While many immigrants were eventually priced out due to gentrification, Kensington Market still boasts a continually evolving cultural landscape, which can be seen to this day. 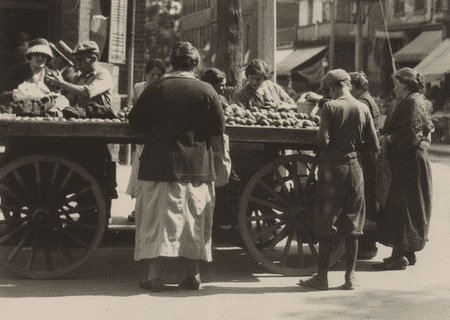 With its deeply rooted history and cultural significance, it’s no wonder that Kensington Market was named a national historic site of Canada in 2005. 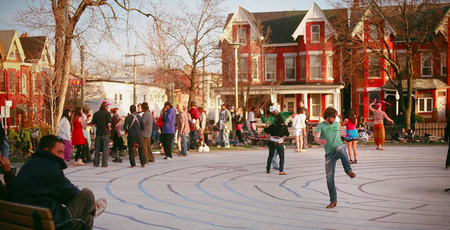