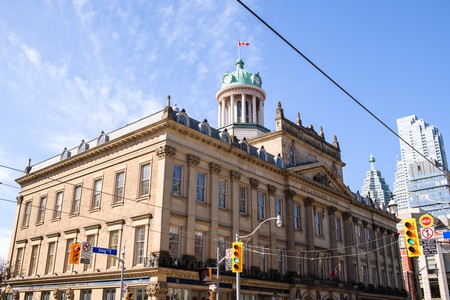 Old Town is the longest-standing and most historic neighborhood in Toronto. Officially named in 1815, the area has seen significant change over many decades, but is still an integral part of Toronto and loved among Torontonians.

Toronto’s Old Town remains one of the oldest neighborhoods in the city and one of the most vibrant. Crowned as the first of Toronto’s officially named areas back in 1815, Old Toronto was originally made up of a ten-block radius bustling with Victorian-era architecture, green space and outdoor art – most of which remains today. Travelers and Torontonians alike flock to Old Town to experience the historical culture housed in much-loved institutions like the St Lawrence Market, the Hockey Hall of Fame and the Flatiron Building. Here’s a look into the origins of Toronto and the roots that have withstood time and generations. 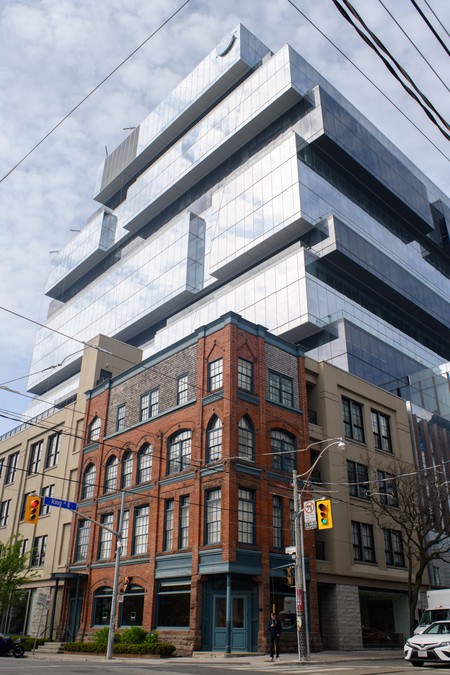 The architecture of the area is defined by buildings three stories and under, distinguished as “one of the largest concentrations of 19th-century buildings in Ontario, and [a] tremendous heritage resource,” according to the Old Town Toronto Society. Today, visitors can grab The Heritage Landscape and Resource Guide, a resource put together by the citizens of Old Town, outlining the heritage landscape, along with foundation information sourced by researchers.

The history of the naming of this area dates back to 1815, as the town of York (the original name for the city of Toronto) was ever-growing in size and industrialization. As the downtown neighbourhood continued to expand, the original neighborhood was monikered “Old Town,” while newly built residential areas became known as “New Town.” 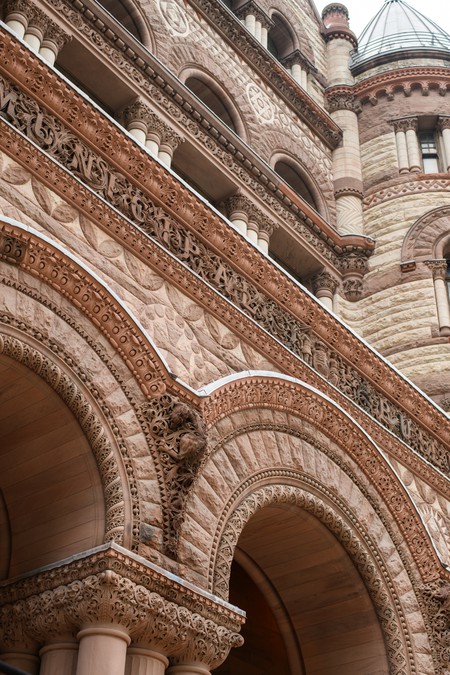 The creation of St Lawrence Market in 1803 was the original source for drawing crowds to settle in Old Town. People gathered in small communities close to the market in order to trade and sell local goods grown by Ontario farmers, and also to cultivate social circles and participate in religious life. From there, Scottish surveyor Alexander Aitkin was hired to craft town plans laying out the gridiron pattern that the entirety of the city is built on today. The first of government buildings (and the creation of a formal government) were established along Parliament and Front Streets. 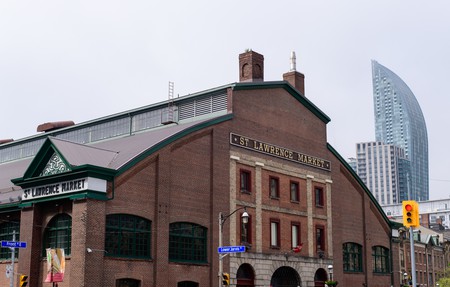 Since 1803, St Lawrence Market has been a popular market place for Torontonians to buy local goods from Ontario farmers | © Connor Dudgeon / Culture Trip

Following the infamous Battle of York in April 1813 where the British-Native force was overtaken by the Americans, many of the original settlements were looted and burned by the opposing troops, including the original Parliament building of Upper Canada. Bestowed with further misfortune, the Great Fire of Toronto in 1849 wiped out much of St Lawrence Market, as well as the business block (known today as the Financial District). While it is still undetermined what sparked the fire, a rainstorm thankfully swept through and saved half the city from a fiery demise. A large portion of original Toronto architecture was lost to the fire (no buildings from original Toronto still stand in modern times), but the neighborhood is home to multiple notable heritage buildings that date back to the 19th century.

Today, the Old Town neighborhood is a blend of modern and historical, where preserved buildings can be found next to minimalist, glass condominiums. A stroll along the original ten blocks will take you to the Victorian mansions of Corktown, the architectural feat that is the Instagram-worthy Flatiron building or shops along King Street West, home to some of the most popular modern home stores in the city. 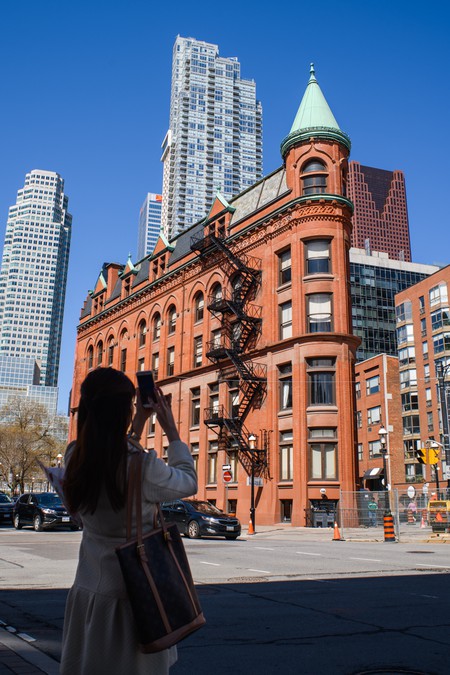 From shiny modern-builds to historical red-brick buildings, the area is now a fusion of new and old Toronto | © Connor Dudgeon / Culture Trip

But perhaps what Old Town is best known for is its densely packed streets of exceptional restaurants. Whether you want a laid-back evening at the local pub or high-end fare at a five-star restaurant, Old Town’s got it. Art and theatre lovers will particularly enjoy this stretch of Toronto, with prominent performers belting their lungs out at Meridian Hall (formerly known as the Sony Centre), or performing at the Alumnae Theatre, the longest-standing theatre society in Toronto founded by exceptional female graduates of the University of Toronto.

For true history buffs, each summer between June and August, visitors wandering along the streets of Old Town should keep their eyes peeled for historical re-enactors and artisans roaming the area. With a tour starting daily at noon, you can follow in their footsteps through the neighborhood to learn about life in the olden days and listen to the distinguished life of townspeople leading up to Canadian Confederation in 1867.