8 Of The Strangest Canadian Poems You Should Read 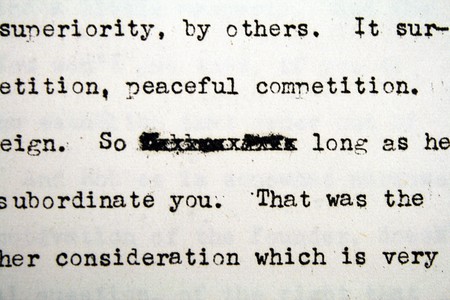 Canadian literature possesses a style unto itself. As Canada’s writers and poets have developed a voice for the Great White North, a recurring theme is a refusal to adhere to the poetic norm. Find anything from broken words to strange analogies to graphic imagery in the eight poems below; and in the meantime, brush up on your Canadian Lit.

This poem from Power Politics (1971) takes an alternative approach to the traditional love poem. The evocative imagery is simultaneously beautiful – but visually jarring (and likely leaves the reader wincing) – comparing her partner’s compatibility to ‘a fish hook’ in ‘an open eye’. In classic Atwood fashion, she challenges and questions traditional ideas about love, relationships, and romanticism.

you fit into me

Cucumbers hide
in a leafy camouflage,
popping out
when you lease expect
like flashers in the park.

Never has a poem been more eloquently Canadian than Elizabeth Bishop’s ‘The Moose‘. It’s a long poem (unsurprisingly, since it reportedly took Bishop over 20 years to complete), exploring the Nova Scotian landscape and the power of nature in our increasingly modernized lives. You’ll find mentions of red, gravelly roads; rows of sugar maples; clapboard churches; rubber boots; vast rivers; and of course, moose – powerfully evoking the Eastern Canadian lifestyle and land. While ‘The Moose’ isn’t necessarily ‘weird’, it’s unapologetic Canadianness makes it a must-read for any Canadian poetry lover.

the moose can be seen

on the moonlit macadam;

then there’s a dim

smell of moose, an acrid

While Ondaatje is perhaps best known for his novels, he was actually primarily regarded as a poet, prior to the nineties, when The English Patient (1992) cemented his status as a great contemporary Canadian novelist. ‘The Cinnamon Peeler’ first appeared in 1982 as part of his book Running in the Family, a fictionalized memoir. Beginning with a hypothetical situation – narrator imagining life as a cinnamon peeler – Ondaatje evokes graphic imagery and eroticism using lines like ‘I would ride your bed and leave the yellow bark dust on your pillow’ and ‘your breasts and shoulders would reek’ to explore just what one can do as a cinnamon peeler.

If I were a cinnamon peeler

I would ride your bed

and leave the yellow bark dust

Throughout the 1960s and 1970s, Milton Acorn developed his reputation as ‘The People’s Poet’ – his poetry representing the downtrodden and the marginalized. A Second World War veteran, Acorn hailed from Charlottetown, Prince Edward Island, eventually moving to Montreal, with a few years spent in Toronto’s Waverley Hotel. With ‘The Natural History of Elephants’, Acorn describes the bodily functions of an elephant. Given the elephant’s size, it all seems remarkably more repulsive… or perhaps, impressive. He writes of ‘exchanging great farts for compliments’ while drowning ‘in his great fragrant marshes of turds.’ Further bodily functions are detailed, so enjoy the poem in its entirety.

In the elephant’s five-pound brain
The whole world’s both table and shithouse
Where he wanders seeking viandes, exchanging great farts

Bert Almon: ‘The Muse in the Surgical Theatre’

Bert Almon, a Texas native who came to teach at the University of Alberta in the late ’60s, discusses the somewhat graphic aftermath of a kidney transplant in ‘The Muse in the Surgical Theatre’, when the nurse tests its function with a catheter. Alluding to the Greek myth of Hippocrene – the spring on Mt. Helicon, sacred to the Muses and formed by Pegasus’ hooves – Almon finds the perfect parallel to the beauty inherent in both poetry and the human body, with its healing abilities: ‘These are moments of equal beauty.’ Be sure to share this one with all of your medical professional friends.

Julie Berry: ‘Not the Heaven of Racoons’

Berry effortlessly combines poetry and prose, creating a unique spin on the traditional poem in ‘Not the Heaven of Racoons’, a poem from her book The Walnut-Cracking Machine. The final stanza/paragraph has a stream-of-consciousness-like quality, as the narrator mulls over just what one might find in their own heaven. She talks about her theory of ‘separate heavens for separate people’ and uses raccoons and cornfields as the main force in the evocation of imagery.

Berry, Julie. ‘Not the Heaven of Racoons.’ The Walnut-Cracking Machine. BuschekBooks, 2010.

Bill Bissett is perhaps best known for his unconventional style. Refusing to adhere to traditional conventions of poetry, Bissett removes letters or simply replaces words with their phonetic counterpart. The result requires the active engagement of the reader, as Bissett’s words are best experienced read aloud. In ‘A Violent Prson’, Bissett addresses the issue of domestic violence, referring to a ‘changling’ (changeling) and the transformative potential of a partner from lover to abuser. The sad, powerful subject of the poem is further complicated by Bissett’s anti-conventional poetry. What makes Bissett a must-read is that he’ll leave you asking questions, likely confusing you to no end.