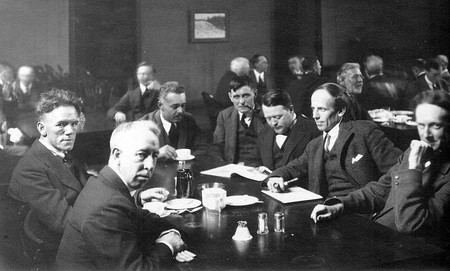 First formed in 1920, the Group of Seven remains Canada’s most famous – and beloved – artist collective. Active until 1933, their work has been reproduced on posters, postcards, notebooks, and in school textbooks for decades – with some of the images becoming iconic interpretations of the Canadian wilderness. But some of the work that these men did is underrepresented in the popular imagination. Indeed, several of these men were official war artists during World War One, which produced very different subject matter than the landscape paintings for which they have become known. Here are seven paintings that offer a glimpse into the Group’s iconic style while also demonstrating the particular style and color techniques of some of the individual artists.

Franklin Carmichael (1890–1945) was the youngest of the founding members of the Group of Seven. Born in Orillia, Ontario, he went to Toronto at the age of 20 to study at the Ontario College of Art (now OCAD University), and he worked closely with Tom Thomson, joining the Group of Seven on their weekend excursions to paint Ontario’s landscapes. North Shore, Lake Superior is representative of this period of his work. 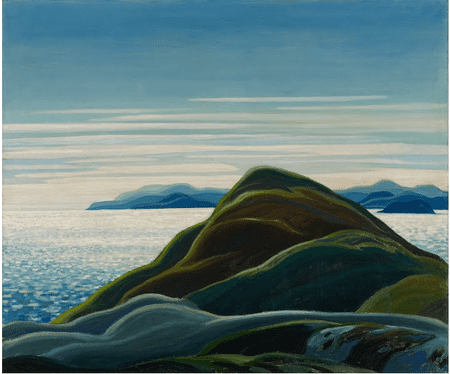 Born in England to an English mother and a Canadian father, James MacDonald (1873–1932) immigrated with his family to Hamilton, Ontario when he was 14 years old. One of the founding members of the Group of Seven, he studied commercial art and worked as a designer to supplement his income as a landscape painter. Starting in 1924, MacDonald traveled to the Canadian Rockies to paint the mountainous landscapes that featured in his later work. 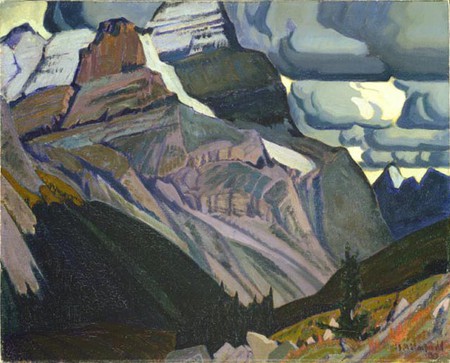 Born and raised in England, Frederick Varley (1881–1961) studied art in Sheffield and subsequently went to the Académie Royale des Beaux-Arts in Antwerp, Belgium before immigrating to Canada in 1912. Commissioned as an official Canadian war artist beginning in January 1918, he accompanied the Canadian troops from Amiens, France to Mons, Belgium. The painting For What? is from this period, just prior to the formation of the Group of Seven. It depicts a cart full of bodies collected from the field in the aftermath of a battle, conveying the horrors of war and questioning its purpose. 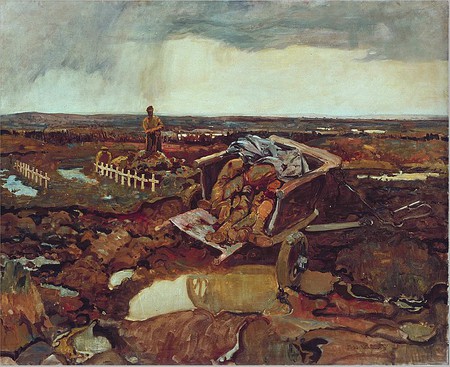 For What? (1918) by Frederick Varley | Public Domain/WikiCommons

Born in Montreal, A.Y. Jackson (1882–1974) was one of the founding members of the Group of Seven. He served in World War One first as a soldier in the 60th Battalion of the Canadian Army, and after being wounded, he was transferred to the Canadian War Records branch as a war artist. Red Maple represents his early work, before the official formation of the Group of Seven. 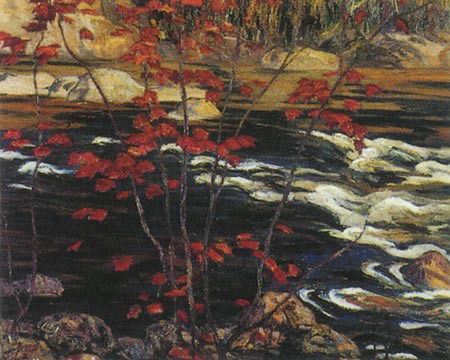 Much like A.Y. Jackson and Frederick Varley, England-born Arthur Lismer (1885–1969) worked as an official war artist. During this period, he became well known for his paintings of ships in dazzle camouflage, a technique he perfected as he portrayed the naval activity of the ports in Halifax, Nova Scotia. Minesweepers was created during this period, before Lismer became a founding member of the Group of Seven. 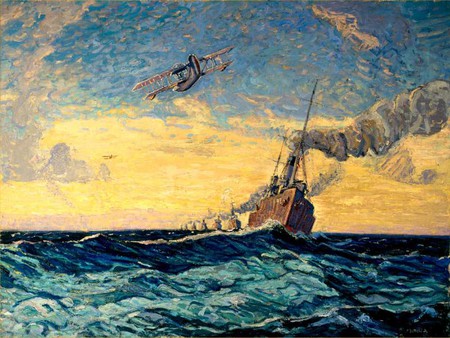 Largely credited with being the driving force in the creation of the Group of Seven, Lawren Harris (1885–1970) was born in Brantford, Ontario. The McMichael gallery, which holds one of the most comprehensive collections of their work, cites founding member A.Y. Jackson as having said: “Without Harris, there would have been no Group of Seven. He provided the stimulus; it was he who encouraged us to always take the bolder course, to find new trails.” 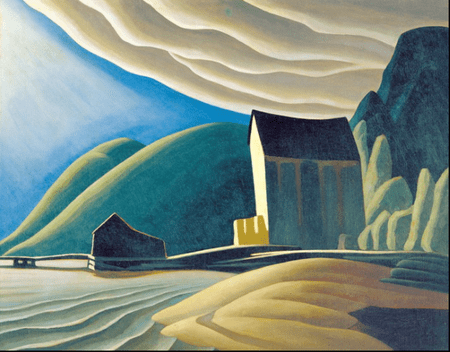 Frank Johnston (1888–1949) was born in Toronto, and he studied in Germany before World War One. He was one of the founding members of the Group of Seven, though his association with the Group was brief: in 1921, after their first exhibition, he left Toronto to become the principal of the Winnipeg School of Art. During those early days, Johnston went with Lawren Harris and James MacDonald on their painting trips to Algoma, in Northern Ontario. Fire Swept Algoma is an example of the artwork that he created during this time. 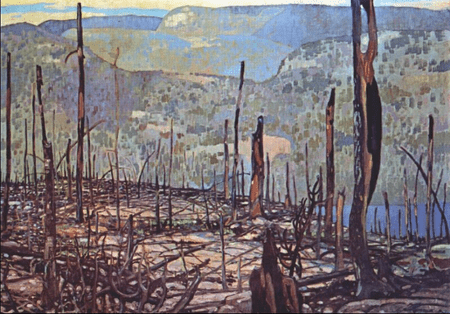