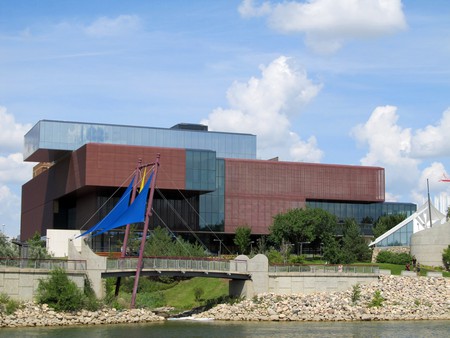 Remai Modern is Canada’s new museum of modern art, which opened October 21, 2017. Located in Saskatoon, the public modern art museum was designed by KPMB Architects, a Toronto-based firm. Its unique design pays homage to the museum’s location in the Canadian Prairies. Although the design is impressive, so is the range of artwork and installations inside. It houses more than 7,500 artworks from the now-closed Mendel Art Gallery too. Here are the must-see artists and artworks at Remai Modern.

Remai Modern is home to the world’s most comprehensive collection of linocuts by Pablo Picasso, one of the most influential and well-known artists of the 20th century. The collection includes 194 out of the 197 linocuts known to exist as well as 212 working proofs. Picasso created the linocuts between 1951 and 1968, alongside Hidalgo Arnera, his master printer. Édouard Manet’s painting Le déjeuner sur l’herbe (Luncheon on the Grass) was the inspiration behind one of Picasso’s collections, which included several paintings, prints, maquettes and 150 drawings. His linocut, Le déjeuner sur l’herbe, d’après Manet I, is just one on display at Remai Modern, which is a must see.

Many pieces from Picasso’s ceramic collection are also exhibited in Remai Modern. He painted a variety of subjects on his ceramic work, including mythological scenes, animals like owls and fish, abstract faces, and bullfights from his beloved Spain. Tripod is one ceramic piece on display at Remai Modern that showcases what Picasso was most well-known for — abstract faces. 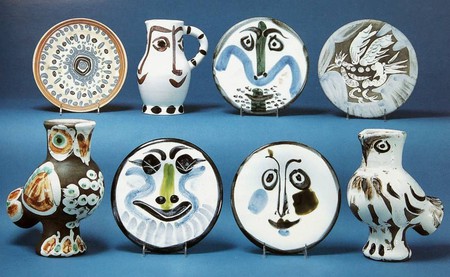 Lucky Charms is an installation created by Los Angeles-based artist, Pae White. The colourful and bright neon figures resemble things you would find in a box of Lucky Charms cereal. White conceived the light-filled installation as a form of light therapy for seasonal affective disorder, which is something that definitely affects locals living in Saskatchewan. The Globe and Mail says it is also meant as a playful response to Saskatoon’s winters — one of the city’s less charming features.

A video installation, The Secret Agent is a film by Canadian artist Stan Douglas. It’s a rendering of the novel by the same name by Joseph Conrad. However, the novel takes place in 1886 London, whereas the film is based in Portugal in 1975. It focuses on the time period following the Carnation revolution, when Europe’s longest-standing dictatorship was overthrown. The film plays out on multiple screens in a darkened section of the gallery. 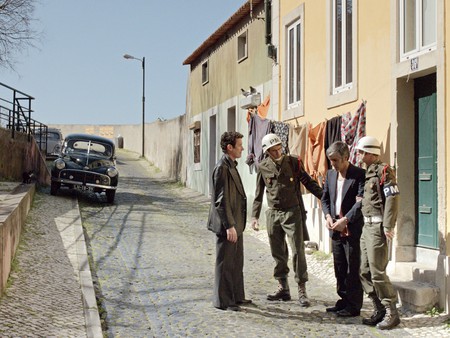 Vita Brevis (1992) is a unique installation by Métis artist, Edward Poitras. The Saskatchewan artist uses mixed media in his artwork and predominantly focuses on the history and life in both urban spaces and Indian reserves. Vita Brevis was created with coyote bone, a circuit board, rawhide, transmitters and antennas, components from a transistor radio, and more.

Determined by the River

An installation created by Tanya Lukin Linklater and Duane Linklater, Determined by the River is focused on indigenous history and ideas. The collection consists of a variety of artworks by Canadian indigenous artists. There are pieces from across the decades, including All Different Thoughts by Irene Avaalaaqiaq Tiktaalaaq. This is a stencil cut on paper work from 1978. There’s also Treaty Dress by Ruth Cuthand, an acrylic on canvas piece from 1986.