The Secret History of Casa Loma

Casa Loma stands gracefully on the brow of the Davenport Hill in the midst of the modern, bustling city of Toronto. Built over a period of three years from 1911-1914, this attractive palace has borne witness to a century-long history of romance, ambition, mystery and passion. A popular tourist destination, Casa Loma stores a unique blend of historical memoirs, ghost stories, military secrets, architectural marvels and Hollywood connections for its inquisitive explorers to unravel. 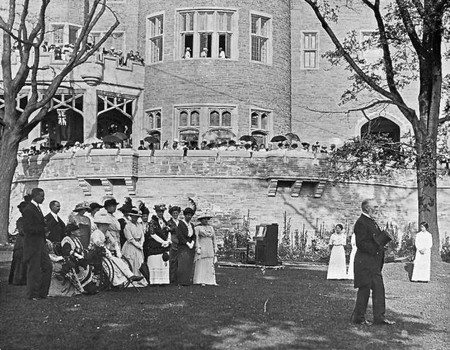 A Garden Party at Casa Loma in 1914 | © Public Domain/WikiCommons

Sir Henry Pellatt was the ‘King of Casa Loma’. It was his ‘eye for beauty’ that led him to invest millions of dollars to build this magnificent mansion comprising 98 rooms, 30 bathrooms, 25 fireplaces and much more. Sir Pellatt was a leading financier, industrialist and military officer of his time and controlled around 25% of Canada’s economy. To fulfill his ambitions for a palatial home, he hired Toronto’s brightest architect, E.J. Lennox, to design Casa Loma; it took 300 men three years to complete.

In 1882, Pellatt married Mary Dodgson, who came to be called Lady Pellatt. Lady Pellatt encouraged and sponsored the Girl Guides of Canada and held parties at Casa Loma for these girls. Misfortune, however, met the owners of Casa Loma when financial troubles forced them to evacuate their home in 1924. Since then, Casa Loma’s ownership has changed hands a number of times. Currently, Casa Loma is in the charge of the Liberty Entertainment Group and serves as a royal getaway for the people of Toronto. 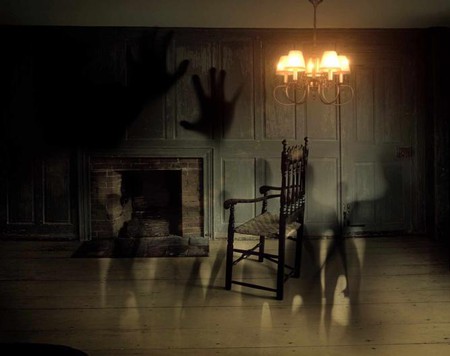 Casa Loma’s long history is riddled with spooky tales of strange noises, voices, apparitions and invisible grabbing hands. Tourists and staff at Casa Loma have often reported episodes of haunting in this century-old castle. The White Lady seems to be the most popular of the ghosts; a number of guests and cafeteria staff attest to witnessing a woman dressed in white haunting the palace. She is believed to be a maid who worked at Casa Loma in the early 1900s.

The first owners of Casa Loma, Sir Henry and Lady Pellatt, also seem to haunt the palace. During an outdoor function in Casa Loma gardens, a young boy reported sighting a man at a second floor window. The second floor was locked at the time, and the description of the man that the boy gave shockingly matched that of Sir Henry Pellatt’s. Hauntings by Lady Pellatt’s ghost have been reported with lower frequency. People say the need to leave Casa Loma due to financial reasons led the unsatisfied spirits of the owners to haunt their beloved home.

The castle’s underground tunnel is also creepy; strange noises have been heard by visitors, and a playful spirit is believed to be responsible for grabbing peoples’ hands and pulling their hair occasionally. 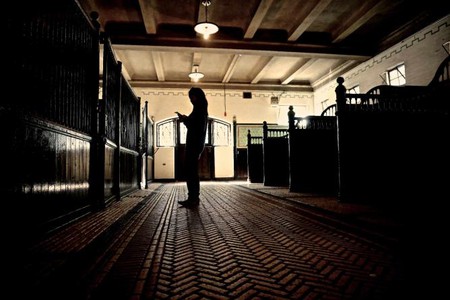 Casa Loma is more than just luxurious living and ballroom dances. A military secret lurked in the stables of Casa Loma during World War II. During this period, German U-boats threatened shipping services between Britain and North America. To combat this threat, Britain developed the ASDIC device, which was an early form of sonar that could detect U-boats at a distance of 8 km. However, in a terrifying attack, Britain’s ASDIC-producing plant was bombed by German planes. A secret location for the ASDIC device laboratory was needed. A Canadian engineer, William Corman, was assigned the task of finding such a location. He came up with the idea of using Casa Loma’s stables as the secret research lab. His idea worked, and even Toronto city councillors were kept in the dark regarding this fact. Little did the unsuspecting tourists of Casa Loma know that the “Construction in progress—sorry for the inconvenience” sign outside Casa Loma’s stables shielded a major military action in progress. It was not until decades later that this secret fact came to public light. 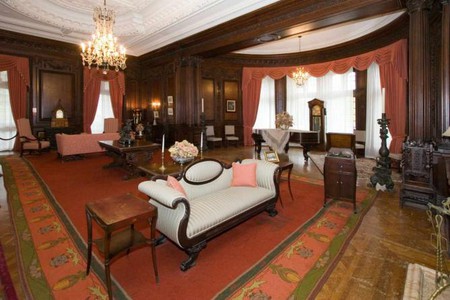 Spectacular architecture and modern technology classified Casa Loma as one of the marvels of Toronto in the early 1900s. The castle exhibited the benefits of electric power, which was very new to North America at that time. It had an elevator, which was the first of its kind in a private home in North America, and the castle’s ovens were so big that each one could cook an entire ox! The mansion was fitted with a central vacuuming system and had its own telephone exchange with so many telephones that the castle’s operator handled more daily calls from the castle itself than operators from the entire city of Toronto. The furniture of the Oak Room of Casa Loma was designed by the same company that furnished the Titanic. Casa Loma also was equipped with several secret passages and stairwells, the most interesting of which was an 800-foot-long tunnel that connected the castle to the horse stables. The stables themselves were a stunning wonder, with herringbone tile floors, carved mahogany walls and cast iron panels. 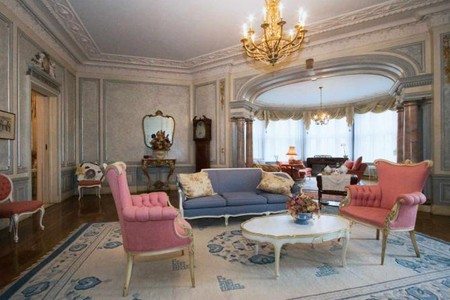 This spectacular castle, with its grand interiors and secret passageways, has served as an ideal set for many Hollywood movies. The Tuxedo features Casa Loma’s ballroom, hallway and exteriors. The romantic essence of the Conservatory of Casa Loma was The Perfect Man’s wedding venue. Hollywood heartthrob Richard Gere’s office in Chicago utilized the elegantly designed Oak Room, and Lady Pellatt’s suite served as a location for Cocktail, starring Tom Cruise. The creepy tunnels leading to the stable of Casa Loma played backdrop to scenes from X-Men and Jean Claude Van Damme’s Maximum Risk.