5 Films To See At The Toronto After-Dark Film Festival

Since 2006, the Toronto After Dark Film Festival has brought the best of international cult film to Hogtown. The festival will be celebrating its tenth birthday between October 15-23 with dozens of screenings at the Scotiabank Theatre and events like post-movie pub visits and Zombie Night where undead fans take over. From dark sci-fi thrillers to kitschy horror comedies, here are some movies to check out at TIFF’s goth cousin. 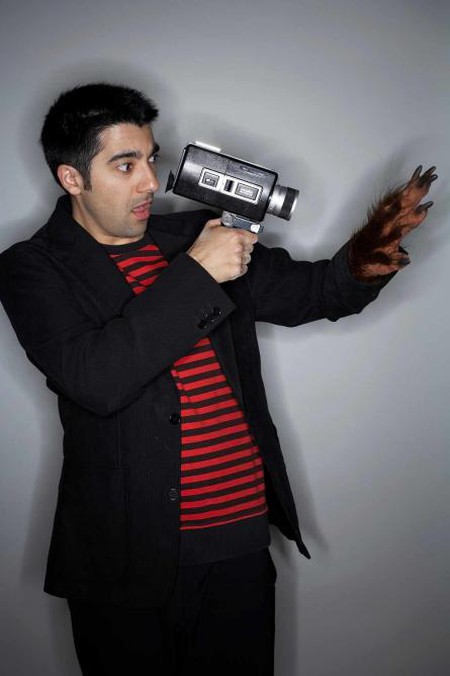 New Zealand: home to luscious wildlife, the vibrant Maori culture…and a surprisingly large horror scene. The latest addition to NZ`s proud legacy of gory cult horror follows a group of headbangers who release the forces of evil on their hapless town before having to fight them off with chainsaws, weaponized sex toys, and rock ’n roll. A smash hit at this year’s SXSW, Deathgasm will be closing TADK with a bang on October 23 with screenings at 9:30 pm and 11:45 pm.

From the soft, 1980s-style synth score to the harsh blue lights obscuring more than they reveal, Synchronicity revels in its status as a sci-fi/noir throwback à la Blade Runner with the credentials to prove it. Featuring genre mainstay Michael Ironside (Alien, the original Total Recall) as a sinister venture-capitalist, the film follows a young inventor struggling to create a time machine while sinking deeper into an affair with a beautiful femme fatale. For lovers of both sci-fi and mysteries, as well as 80s synth-pop, Synchronicity will be kicking off the festival`s sci-fi night on Friday, October 16 at 7:00 pm. 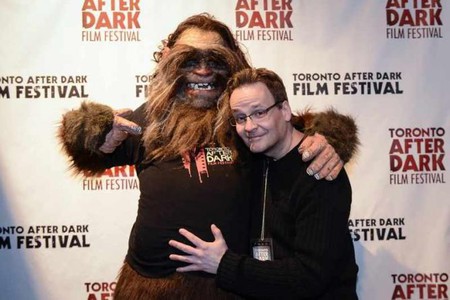 While Toronto’s crime rate has fallen for nine years in a row, this Canadian revenge drama will make you afraid to leave the apartment for fear of encountering The Demolisher. When a man’s wife is paralyzed by a brutal gang, he dons SWAT armor and an arsenal of riot gear to take his rage out on anyone who crosses his path. More Drive than Death Wish, The Demolisher is a complex take on vengeance and vigilantism with quiet scenes that are as thoughtful as the action sequences are relentless.

One of two films playing by visionary Japanese director Sion Sino on October 22, Love & Peace is an electric fairy-tale about following your dreams…even when they’re incredibly unrealistic. At the heart of it though, is the touching friendship between an office clerk who yearns to be a rock star and his pet turtle who insists he’ll one day grow up to be a giant monster. With a lively original score and the rampant energy of a Looney Toons cartoon, Love & Peace is the sort of movie that can only come out of Japan.

Celebrate Christmas in October with this anthology of horror stories set on one heinous Christmas Eve where zombie elves, ghosts, and Krampus descend on the quaint town of Bailey Downs. With residents struggling to survive the night it falls to Santa Claus himself to save their lives, not to mention Christmas. With each segment helmed by the team behind the Ginger Snaps franchise and William Shatner playing a local disk jockey, viewers should expect both big laughs and big scares when A Christmas Horror Story plays on October 17. 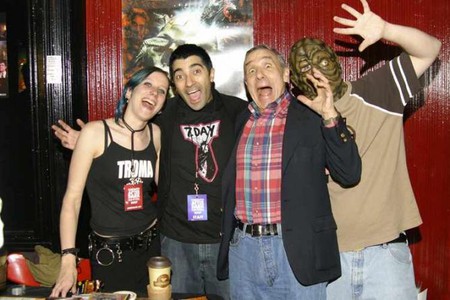 To buy tickets or get more information about the movies playing, please visit the festival’s official website.