18 Reasons Why You Should Visit British Columbia 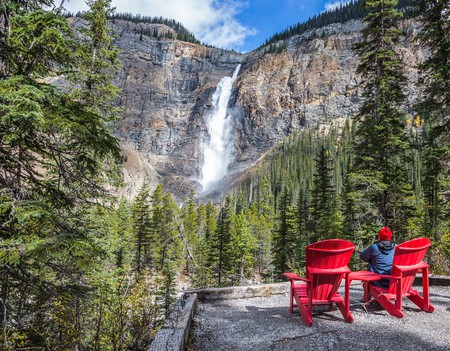 British Columbia is a diverse province that really does has something for everyone. Remote islands, award-winning wine regions, amazing cities, outdoor adventures, and world-class ski resorts are all on offer in British Columbia. Keep reading to learn more reasons why you need to visit BC now.

If there’s only one place you visit in British Columbia, make sure it’s Vancouver. The city has everything: beaches, excellent museums and art galleries, cool hipster neighbourhoods, national sporting teams, and too many independent breweries. But the icing on the Vancouver cake is that it’s close to three accessible North Shore Mountains, so you can go from city brunch to snowboarding within an hour. Its access to the outdoors is why it’s so popular. 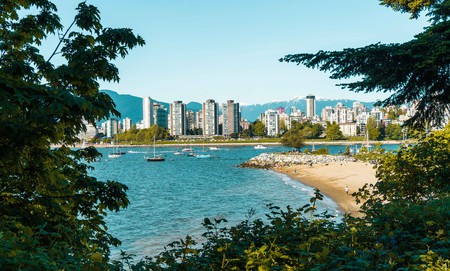 There are fantastic hiking trails located across British Columbia. The Stawamus Chief in Squamish is popular with Vancouver locals, as is the Grouse Grind (Mother Nature’s stairmaster), Joffre Lakes Provincial Park, and Quarry Rock in Deep Cove. The West Coast Trail is a multi-day adventure on Vancouver Island, while the Iceline Trail traverses Yoho National Park in the Canadian Rockies.

To stalk some celebrities

Do you enjoy spotting celebrities, and seeing where your favourite TV shows and movies are filmed? Well then you have to visit British Columbia. Many TV shows are filmed around the Greater Vancouver Area, such as Supergirl, Timeless, Supernatural, Riverdale, and Arrow. Once Upon a Time transforms the seaside town of Steveston into Storybrooke. Ryan Reynolds is also from Vancouver, and has returned home to film Deadpool (and its sequel). 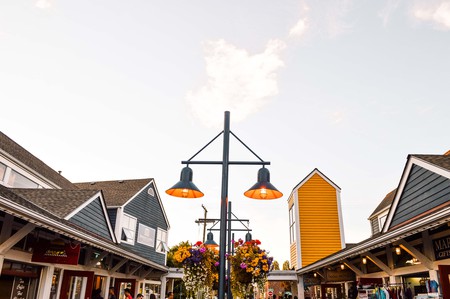 To experience Canada’s most mild winters

Southern British Columbia has the most mild winters in Canada. Although it can snow in Vancouver and Victoria during winter, both cities can go years without turning into a white winter wonderland. So if a winter vacation in Canada with above-freezing temperatures interests you, choose British Columbia (but check the forecast first, as Mother Nature is unpredictable).

The British Columbia capital, located on Vancouver Island, is a city straight out of England. With its Victorian architecture, colourful buildings, and floral hanging baskets adorning the streets in the warmer months, Victoria is a very popular tourist destination. It’s a great city to visit for the weekend. Enjoy attractions like Butchart Gardens, Fisherman’s Wharf, the Inner Harbour, and Hatley Castle. 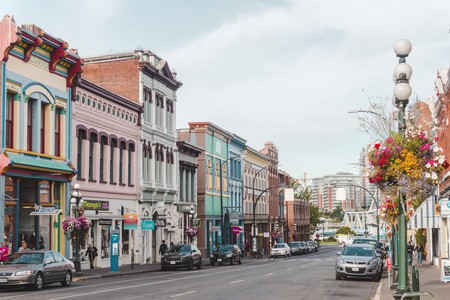 To have a drink in the Okanagan Valley

The Okanagan region is another popular destination, for both BC residents and international visitors alike. The Okanagan Valley surrounds Okanagan Lake, and includes towns like Kelowna, Vernon, Penticton, and Osoyoos. The valley is Canada’s second-largest wine region, with many wineries located in its various towns. It is also home to two major ski resorts: Silver Star and Big White.

To have an adventure in Squamish

Squamish is located between Vancouver and Whistler. It calls itself Canada’s adventure capital, and it isn’t hard to see why. In Squamish visitors can go on the Sea-to-Sky Gondola, rock climb, kiteboard, mountain bike, cross country ski, and hike the Stawamus Chief. There’s also the Britannia Mine Museum, which is great for families. Squamish is a great day trip option from Vancouver. 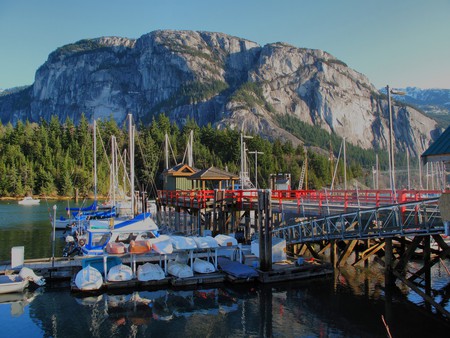 Whale watching season in British Columbia stretches from May until October, as whales migrate north for winter. The four main whale species seen off the coast of BC are orcas, humpbacks, minke whales, and Pacific grey whales. Vancouver Island is one of the more popular places for whale watching tours, and Travel + Leisure even called it one of North America’s best whale watching spots. But tours also depart from Vancouver and smaller towns in northern BC. 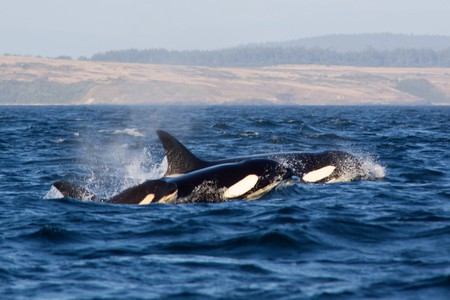 To surf and storm-watch in Tofino

Located on Vancouver Island, Tofino is a must-visit for two reasons: surf and storms. The small town is Canada’s surf capital, and places like Long Beach are filled with wetsuit-clad surfers in the summertime. From November, though, the town attracts storm watchers. Chesterman Beach is the best place to watch the storms roll in off the coast, and see the waves crash into the rocky coastline. Having tacos at Tacofino’s food truck in Tofino is also a must do when in town.

Although part of Vancouver, Stanley Park deserves its own mention. The urban park is one of Vancouver’s top attractions, and gives New York’s Central Park a run for its money. It is home to controversial statues, First Nations totem poles, the Vancouver Aquarium, seasonal attractions like Bright Nights during the holidays, and beautiful beaches. Walk or cycle around the Seawall and enjoy the views from every angle. 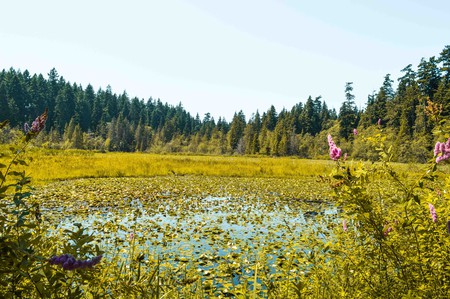 To ski in Whistler

Whistler is British Columbia’s most popular ski town, and it’s easy to see why. There’s something to do in Whistler no matter the season. Ascend the mountain via the PEAK2PEAK Gondola year-round; go hiking in the summer; tackle the snow-free slopes on a mountain bike in summer; and dine and shop within Whistler Village. Whistler also has one of the longest ski seasons in North America, with Blackcomb Mountain remaining open until usually mid-May.

To see the spirit bear

The Great Bear Rainforest is the only place in the world people can see the Kermode (spirit) bear. The white-furred bears are actually a black bear subspecies, which is why they’re so unique. There are approximately only 400 of them left in the wild. The Great Bear Rainforest itself is the world’s largest intact temperate rainforest, and has been called the Amazon of the North. 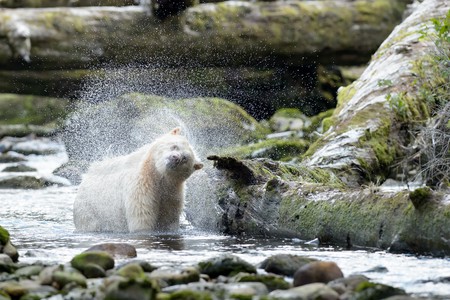 To witness the Northern Lights

To explore all of the islands

British Columbia is home to 40,000 islands. There’s Vancouver Island, where you will find the province’s capital city. Next door are the Gulf Islands, and some of them are accessible via ferry from Vancouver Island or the mainland. There’s also the raw and remote archipelago named Haida Gwaii, which is home to a UNESCO World Heritage Site. It’s a different style of island hopping compared to the Caribbean, but nonetheless breathtaking. 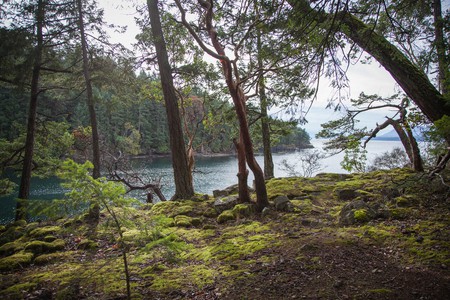 Pender Island, one of the Gulf Islands | © Matthew Oliphant / Flickr

To cruise the Inside Passage

Have you heard of the Inside Passage? Many cruise ships heading towards Alaska cruise through the Inside Passage, which weaves through the islands off mainland British Columbia. The passage allows ships and freighters to avoid the open ocean and its unpredictable weather. Be blown away by BC’s forested and rocky coastline, fjords, and wildlife sightings.

To see the other side of the Rocky Mountains

To do all the outdoor adventures

British Columbia is a must-visit for people who enjoy the outdoors. As mentioned, it has excellent hiking trails and plenty of ski resorts. But other outdoor activities to be enjoyed in BC include fishing, canoeing and kayaking, mountain biking, cross country skiing, snowshoeing, and heliskiing. If you’re an outdoor adventurer, then you need to visit British Columbia.