17 Reasons You Should Get Lost in Nova Scotia 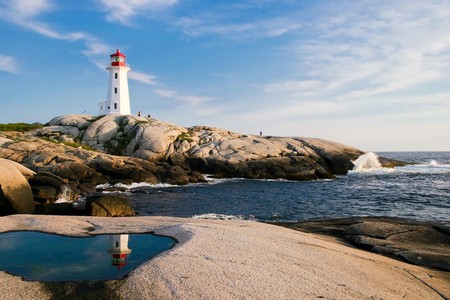 Nova Scotia is one of the three maritime provinces, and has a rich European and French history. Scottish, Irish, French, and English immigrants were some of the first settlers. Its unique past is visible from its town names to its annual festivals. Here are 17 reasons to visit Nova Scotia, as you never know what historic site or beach you will find when you get lost.

Get lost in Halifax, the capital of Nova Scotia, and explore its many museums, galleries, and historic sites. Highlights include the Maritime Museum of the Atlantic, which is Canada’s oldest maritime museum. Step inside and learn about Nova Scotia’s part in the aftermath of the Titanic disaster. There’s also the Art Gallery of Nova Scotia, Canadian Museum of Immigration, and The Discovery Centre, which is a hands-on science centre and Halifax’s newest attraction. Finally, there’s Halifax Citadel National Historic Site, where there’s gun firing at noon every day. 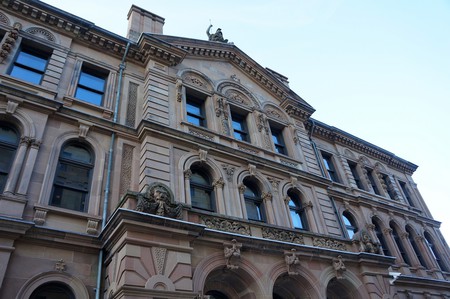 Lonely Planet says driving the Cabot Trail on Cape Breton Island is Nova Scotia’s most famous recreational activity: “Taking you along winding roads, by serene lakes, beneath soaring eagles, and onto cliff-top vistas that are sure to make your jaw drop.” It’s the perfect place to put down the map and just drive; stopping whenever something catches your eye, like an incredible view or interesting trail marker.

A small town 100 kilometres (62 miles) from Halifax, Lunenburg was designated an UNESCO World Heritage Site in 1995. Today, it’s still the best example of British colonial settlement in Canada, and one of only two North American urban communities with UNESCO designation. Wander through the colourful Old Town and its wharf, stop for a drink at Ironworks Distillery, and learn some fishy facts at Fisheries Museum of the Atlantic. 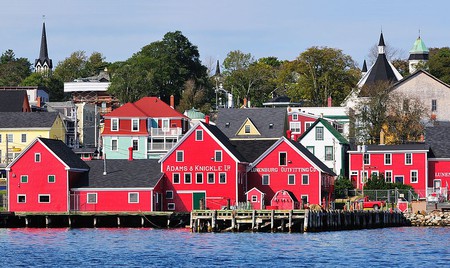 A National Historic Site on Cape Breton Island, the Fortress of Louisbourg is North America’s largest historical reconstruction. It takes visitors back in time to one of North America’s busiest seaports in the 18th century, which was founded by the French in 1713. The one-quarter reconstruction is open from May to October and has a lot of activities to enjoy, like a chocolate workshop and historic rum-tasting session.

With a population of just over 1,000 people, Mahone Bay is the definition of a blink-and-you-will-miss-it town. But travel off-the-beaten-path and explore this photogenic seaside village. Take the perfect postcard photo of its three churches (one of Canada’s most photographed views), marvel at the colourful houses and interesting architecture, stay in a beautiful B&B, and stroll through the local markets. It’s just 15 minutes from Lunenburg too. 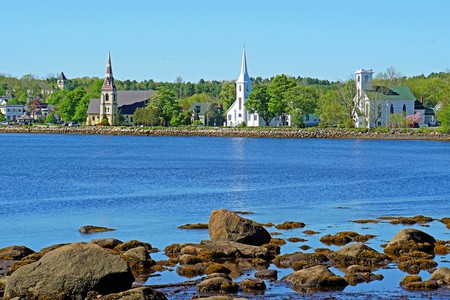 Another great reason to get lost in Halifax is the variety of breweries to discover across the city. The most famous is Alexander Keith’s, which is a popular beer across Canada. Craft brewery favourites include Garrison Brewing Co., and Propeller Brewing Company, which are two of Halifax’s original microbreweries. There’s also Good Robot Brewing Co., which calls itself “Halifax’s most questionable brewery.”

Get lost and discover some of the 150 historic lighthouses located across Nova Scotia. The most famous is definitely Peggy’s Point Lighthouse in Peggy’s Cove, which was built in 1915. There’s the Kidston Island Lighthouse, which can only be accessed by boat. Sambro Island Lighthouse is Canada’s oldest working lighthouse too, while Cape Forchu Lightstation is also home to the world’s first applecore-style lighthouse. 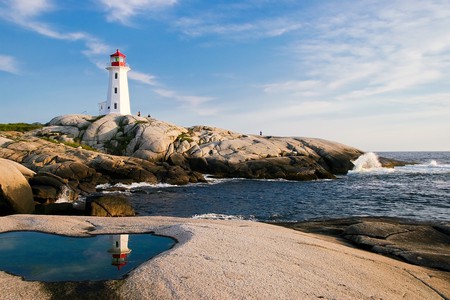 The Halifax donair is a variation of the doner kebab, which is of Turkish and Greek origin. It became popular in the 1970s in Halifax, when King of Donair prepared their donairs with beef instead of lamb, and used a unique sauce. The sweet sauce’s ingredients include sugar, garlic, vinegar, and condensed milk. There are many delicious donair shops across Nova Scotia. It was named Halifax’s official food in 2015.

Named one of Canada’s best islands by both Travel + Leisure and Condé Nast Traveler, Cape Breton Island has a lot of other worthwhile attractions besides the Cabot Trail. There’s Ingonish Beach, Cape Breton Highlands National Park, Highland Links golf course, the world’s biggest fiddle in Sydney, the Skyline Trail, and artisan shops galore. One of the island’s most sought-after hotels is Keltic Lodge too. 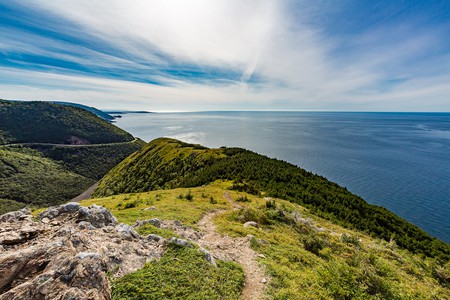 Another unique attraction on Cape Breton Island in Nova Scotia is Gampo Abbey. It’s a Western Buddhist monastery in the Shambhala tradition, which was founded in 1983. Gampo Abbey is the only monastery of its kind in North America, and CNN Travel named it one of the world’s best meditation retreats. Behind the monastery is the traditional Stupa of Enlightenment, which is dedicated to world peace.

The Lobster Capital of Canada

The maritime provinces are known for their seafood, but Nova Scotia claims to be home to Canada’s Lobster Capital — Barrington. Lobster fishing has fueled Shelburne County’s economy since the mid-1800s. Barrington hosts a Lobster Festival every year in June, to celebrate the end of season. No matter whether you visit Barrington or Baddeck, make sure you enjoy some lobster in Nova Scotia, the world’s largest exporter of lobsters. 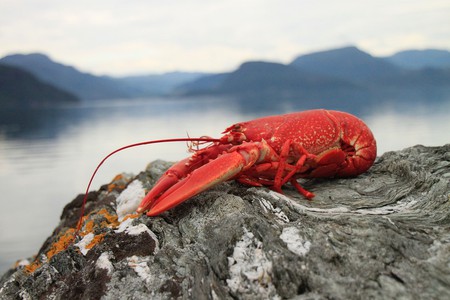 Digby Neck is Nova Scotia’s top whale watching destination. Between June and October, there are daily tours to head out and spot humpback, minke, and pilot whales. The small town is also home to Sandy Cove, which has been called one of the most beautiful places in Nova Scotia. Other activities include golfing at Digby Pines Golf Resort and Spa, strolling along the waterfront Admiral’s Walk, and eating scallops of course!

Yes, you can experience Bay of Fundy fun in both New Brunswick and Nova Scotia. The Bay of Fundy is one of North America’s seven wonders, and has the world’s highest tides. 160 billion tonnes of water flows in and out of the bay twice a day, every day. To put it into perspective: that’s more than the flow of all of the world’s freshwater rivers combined. Go tidal bore rafting on the Shubenacadie River, walk on the ocean floor at Burntcoat Head Park, and be blown away at Joggins Fossil Cliffs, a UNESCO World Heritage Site. 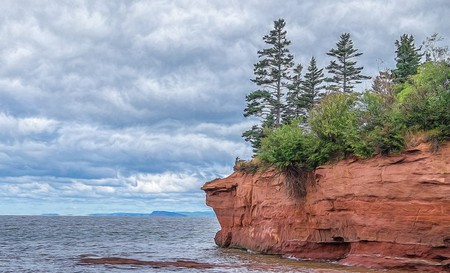 Crystal Crescent Beach Provincial Park is unsurprisingly known for its crystal clear water and white sand. It’s located about a 40-minute drive from Halifax. There are three neighbouring beaches within the park, which are simply named first, second, and third beach. There’s 10 kilometres (six miles) of hiking trails too, and a boardwalk connecting the first two beaches. The third beach is clothing-optional.

“Get a rare glimpse into the extraordinary heart and mind of a world-famous inventor whose genius helped shape the modern world.” The Alexander Graham Bell National Historic Site allows visitors to learn more about the remarkable man who patented the world’s first practical telephone. Explore artifacts, learn about his interests and other inventions, and even hold history in your hands through the white glove tour. 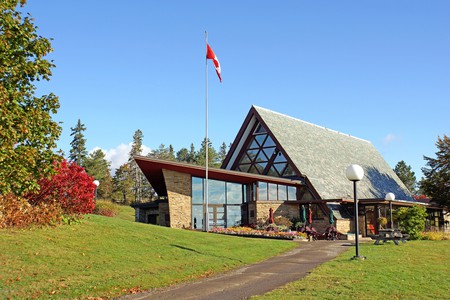 Take another step back in time at Fort Anne, which was Canada’s first administered National Historic Site. The fort has an interesting past, as it was fortified by the Scots, then the French, before falling to the British. Today at Fort Anne, visitors can explore the museum, which is home to centuries-old artefacts and the Heritage Tapestry. For the brave, the Historical Association of Annapolis Royal does candlelit tours of the Fort Anne Garrison graveyard, one of the oldest British graveyards in Canada.