Dishes Worth Travelling to Toronto For 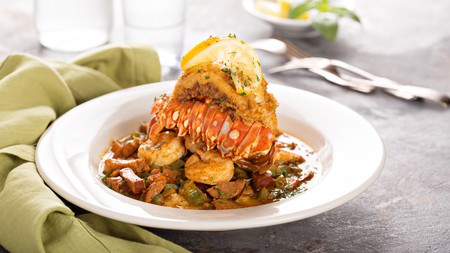 Toronto is home to a patchwork of cuisines, spanning the globe from Trinidad to Thailand and, of course, Canada. If you don’t have time to try them all, the following list of utterly inventive, uniquely Torontonian dishes is an excellent place to start.

No matter if your stay in Toronto is hours, days or years, chances are you won’t get to taste everything you want to. The wonderfully diverse city is home to so many cultures that you could sample the flavors of 100 regions in a day if you were so inclined. However, you probably can’t, due to time, volume and financial constraints. The following list, therefore, summarizes the Torontonian dishes you really shouldn’t miss

Some dishes cost a few dollars, while others are splurge-worthy. Some originated decades ago, while others are the product of recent innovation. Some are so beautiful they beckon an Instagram shot. Others are so tempting, you’ll lick your plate clean before you even remember to take a picture. There are gloriously over-the-top dishes (Patois’s exuberant wok-fried jerk lobster) and true Canadian treasures (the peameal bacon sandwich at Carousel Bakery). Whatever you choose, each is well worth trying to see what makes Toronto’s dining scene exciting.

Rose and Sons for the famous caesar, a close cousin of the bloody mary

Restaurant, Cocktails, $$$
Facebook
Email
Twitter
Pinterest
Copy link
Share
Map View
Americans will preach that the bloody mary (essentially vodka and tomato juice) is the penultimate day drink, but Canadians are in on a little secret – the caesar. The caesar replaces the bloody mary’s base of tomato juice for clamato juice. While it doesn’t seem like a swaying difference, the addition of clam juice adds a savory hit of umami that makes it the perfect brunch drink. Canadians are very serious about their caesars and expect bars and restaurants to overload the cocktail with towering garnishes, from lobster tails to fried chickens. Rose and Sons mixes up one of the most respectable versions of the cocktail. It subs out clamato for Walter’s craft mixer and adds pickle juice and horseradish, alongside a rim of duck salt and a garnish of sausage and sour pickles.
Open In Google Maps
176 Dupont Street, Old Toronto Toronto, Ontario, M5R 2E6, Canada
+16473420356
Visit Website
Give us feedback

The three-layer, no-bake cake is named after Nanaimo, British Columbia, but the sweet treat has become the country’s unofficial national dessert. No one knows where it came from, but since the recipe first became popular in the ’50s, the mixture of custard powder, graham cracker crumbs and cocoa has found itself on the shelves of coffee shops and fine-dining menus alike. Distillery District pastry peddler Brick Street Bakery makes an excellent version – best enjoyed while strolling the area’s cobblestone streets. 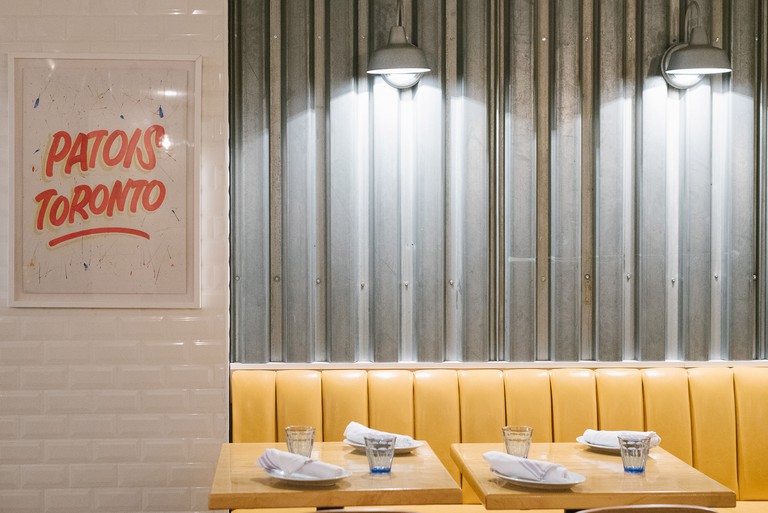 Toronto is home to many Jamaican and Chinese restaurants. However, chef Craig Wong’s Dundas West spot is the only place that seamlessly blends both culinary influences into one menu. Patois Toronto’s most beloved dish is the Prosperity Jerk Lobster. It was initially served as a Lunar New Year special, but when Wong tried to pull it from the menu, there was an uproar, earning the dish a permanent home. The wok-fried, Hong Kong-style lobster is first boiled in a court bouillon. Then, it’s tossed in a home-made Jamaican jerk paste alongside a healthy dose of butter and topped with a fresh hit of cilantro and lime.

If you’re looking to truly taste a bit of traditional Canadiana, head straight to St Lawrence Market for a peameal bacon sandwich from Carousel Bakery. The bacon and mustard roll is widely considered Toronto’s signature dish – particularly since Canada is responsible for producing 90 percent of the world’s mustard seed. Pork baron William Davies, who moved to Canada from England in 1854, invented the roll. He rolled a cured and trimmed boneless loin in dried, ground yellow peas to extend its shelf life. The most classic and authentic version of the peameal bacon sandwich is made up of a fresh-baked bun, tangy mustard and a heaping serving of grilled bacon.

Fusion cuisine is standard fare around the world, but the Italian-Jamaican marriage that is Rasta Pasta warrants a double-take. The Jamaican influence comes from co-owner Magnus Patterson, and the Italian lean is from his co-owner-partner Mary Neglia. Follow the sound of Jamaican steel drums that beckon in passers-by and order the reggae lasagna – traditional Italian layers of ricotta, mozzarella and fresh pasta flirt with the spices from a zingy tomato sauce and steamed callaloo.

Poutini’s House of Poutine for a Canadian classic

Poutine is a Canadian national treasure. It’s indulgent, gooey and cheesy, and Canadians take their poutine quality very seriously. Many spots in the city make respectable versions, but Poutini’s House of Poutine – if the name is any indication – is a veritable paradise of poutine. Traditional (gravy, cheese curds and hand-cut fries) is the standard order, but if you’re feeling indulgent, upgrade to barbecue pork or smoked meat. Orders can be tweaked to withhold the meat for vegetarians. If you’re looking for an authentic Canadian experience, hit Poutini’s after a night out for a very serviceable late-night snack.

DaiLo’s LoPan for Chinese dumplings with a North American twist

You can throw a rock in Toronto and hit a range of decent dumplings – 12 percent of the city’s population is of Chinese ancestry, after all. However, the Big Mac baos rank in a world of their own. At LoPan (DaiLo’s upstairs snack bar), chef Nick Liu packs a steamed bao with 90-day aged beef, home-made “processed-style” cheese and a “secret sauce,” which is the bar’s take on a tangy aioli.

The many Mexican taco places in Kensington Market are delicious in their own right; however, don’t skip Pow Wow Cafe’s Ojibway tacos. Highlighting foraged, indigenous ingredients, the tacos feature bannock (a type of frybread) with different fillings, both traditional and inventive. There’s the fish taco with local salmon and mussels that sit in a creamy saffron and dill corn chowder. The more traditional beef taco has stewed beef and a dollop of cumin sour cream. The heaping portions make the dish more knife-and-fork tacos than one-bite wonders, so come hungry.