12 Reasons to Visit Jasper Over Banff in Canada 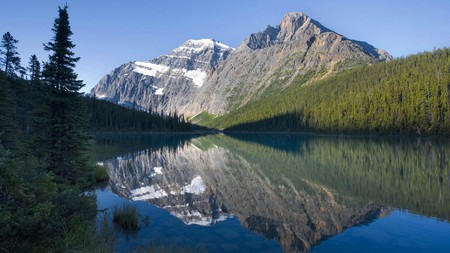 The battle of the Canadian Rockies in Alberta: should you prioritize visiting Jasper or Banff? While both places have their pros and cons, as well as incredible sights and scenery around every corner, this is why you should visit Jasper over Banff on your Rocky Mountain adventure.

The township of Jasper, within Jasper National Park, is smaller than Banff, in both size and population. But the town’s laid-back, less commercialized, and rustic charm is what makes it more enticing than Banff, which is saturated with tourists seemingly year-round. Jasper receives a fraction of visitors compared to Banff, even in the summertime. The small main street has everything you need, though. 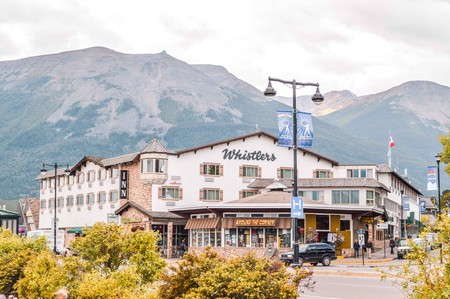 Another of Jasper’s advantages is the fact that VIA Rail, Canada’s national train carrier, stops in Jasper and not Banff. People often say that getting a train to the Canadian Rockies allows you to see some of the region’s best views, but only those who visit Jasper will get this experience. Visitors can catch the train directly from Vancouver to Jasper—if coming from the west coast.

Parks Canada says that the United Nations created the Canadian Rocky Mountain Parks World Heritage Site partly because of the incredible diversity of animals found there. Experts say that wildlife viewing is a lot better in Jasper than Banff, and you can expect to see a lot of wild animals when visiting Jasper National Park. It is home to 53 mammal species, such as the black and grizzly bears, cougar and lynx, coyote and wolf, wolverine, big horn sheep, moose, and elk. As always, when visiting a national park, remember to keep your distance and treat the animals with respect, as you are in their habitat.

Banff has plenty of hotels and hostels lining its main street, and it even has a castle atop a hill like in a fairytale. The situation is quite different in Jasper, which has a minimal amount of hotels within its township, but this has allowed many residents to open their homes (and more often their basement suites) and offer bed-and-breakfast-style accommodation. Staying in a homey place while supporting and getting recommendations from a local family is a fantastic reason to visit Jasper over Banff. 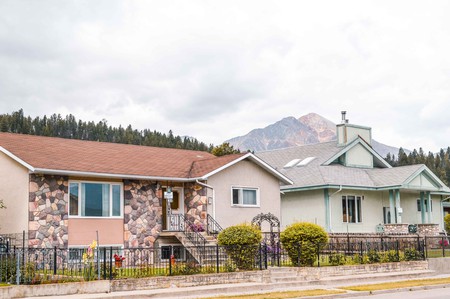 Skiing without the crowds

Banff National Park does have three ski mountain resorts: Mount Norquay, Lake Louise, and Sunshine. However, their slopes are naturally extremely busy during peak ski season. Why not skip the crowds and head north to Marmot Basin in Jasper National Park? A local favorite, Marmot Basin is known for its “spectacular views, varied runs, and laid-back atmosphere.” It also has the highest base elevation out of all the ski areas in Canada, which means an extended season, usually to May. With 86 runs over 1,675 acres, skiing at Marmot Basin is a must in Jasper.

The Icefields Parkway, which connects Jasper to Banff, is one of the world’s most scenic highways. One of the unmissable stops along the way is Columbia Icefield and Athabasca Glacier, which is one of the world’s largest non-polar ice fields. Within Jasper National Park, visitors have the chance to travel in the iconic Ice Explorer and walk on, feel and drink from Athabasca Glacier. There’s also the opportunity to walk along the glass-floored Glacier Skywalk and marvel at the magnificent Sunwapta Valley. 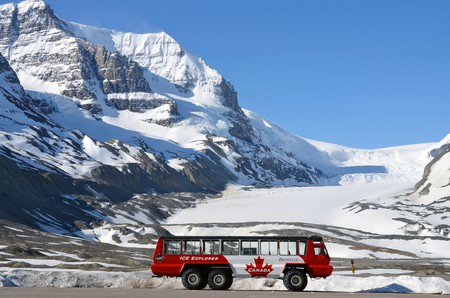 If you ask the experts, they will say that Jasper’s food and beverage scene is better than Banff’s. Jasper Brewing Company is a popular option, thanks to the business’ mission of enriching the lives of their guests, employees, and community. They make their beer from Canadian Rockies-sourced natural mountain water, and in addition to their brews, they also have food to sample. Meanwhile, Syrahs of Jasper boasts Jasper’s “most innovative cuisine and comfortable dining experience.” Their desserts are known as the best in town, and the majority of their menu is gluten-free; they are also number one on TripAdvisor for dining in Jasper.

The Royal Astronomical Society of Canada named Jasper National Park a dark sky preserve in 2011, and it is the world’s second largest one. Parks Canada recommends visiting Pyramid Island, Maligne Lake, Old Fort Point, and the toe of Athabasca Glacier for optimal night sky viewing. Being a dark sky preserve means Jasper is also a fantastic (and relatively easy) place to visit to see the Northern Lights in Canada, and it also hosts an annual Dark Sky Festival too, for adventurers who love to stargaze. 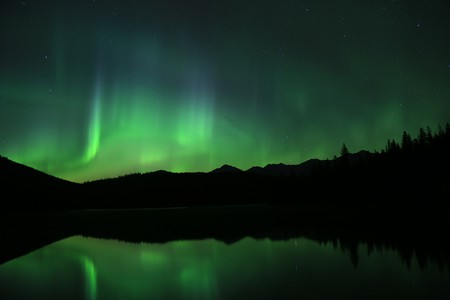 The Jasper SkyTram says it offers the best views in Jasper. It takes riders up Whistlers Mountain for breathtaking 360-degree views of the Canadian Rockies. At the top, there are interpretive boardwalks, hiking trails, and mountainside dining. Visitors can also choose a Rise & Shine Package, which gets you free breakfast when you reserve an early flight. They also have Dark Sky Packages in September and October, coinciding with the Dark Sky Festival mentioned earlier.

Due to Jasper National Park’s size, many of its hikes are less developed than their counterparts in Banff National Park, which is definitely a positive for adventurers and experienced hikers, and it also means fewer crowds. Some of the best Jasper hikes include Tonquin Valley, which National Geographic named one of the world’s best hikes. The valley has trails that take from two to seven days. Other options include Cavell Meadows, Sulphur Skyline, Morro Peak, Bald Hills, and the Skyline Trail, Jasper’s most popular backcountry hike. 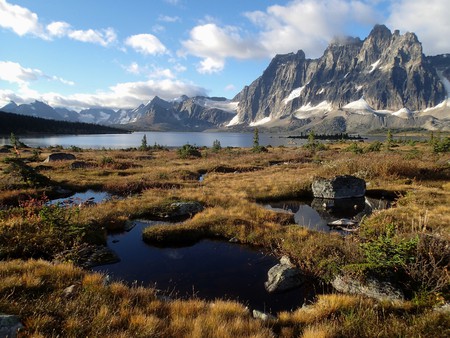 Finally, you should definitely visit Jasper over Banff because you will not meet friendlier locals. The kindness and helpfulness of locals in Jasper is what many previous visitors distinctly remember about the small township. Its residents love living in their charming town and want to share the love with out-of-towners. Expect to meet friendly people everywhere, including at your bed and breakfast, at the pub, and when you’re simply walking down the main street.