12 Reasons Everyone Should Visit Vancouver Island At Least Once 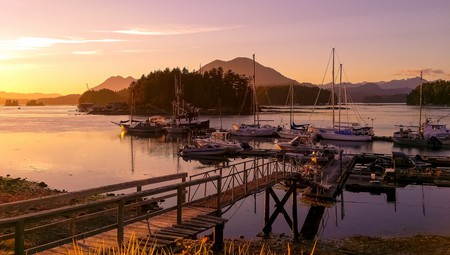 Vancouver Island is a large island located off the west coast of North America, between British Columbia and Washington State. It’s where you will find incredible national parks, BC’s capital city, secluded resorts, and pretty coastal towns. Here are 12 reasons why you should visit Vancouver Island at least once in your lifetime.

The first reason why you should visit Vancouver Island is that it’s so easy to reach from the mainland; therefore, you can’t use travel time as an excuse. Several ferries depart from both British Columbia and Washington daily, and they arrive in various places on Vancouver Island as well, such as downtown Victoria, Sidney, Swartz Bay (30 minutes from Victoria), and Nanaimo. There’s also the option of taking a seaplane, from both Seattle and Vancouver. 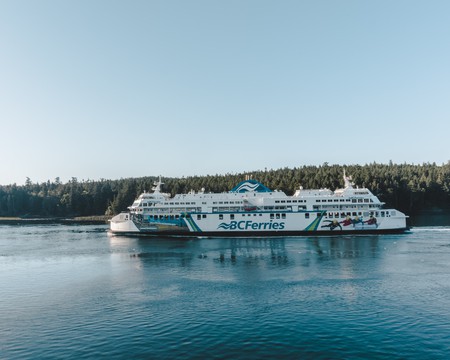 A BC Ferry heading to Vancouver Island | © Hayley Simpson

Due to its position in the Pacific Ocean south of Alaska, Vancouver Island is one of the world’s top whale-watching destinations. Peak whale-watching season is from May until October when there’s a 95% chance of seeing orcas, as well as grey, minke, and humpback whales. Several tour companies offer whale-watching excursions in Victoria, and elsewhere on the island. From zodiacs to cruisers to kayaks, there’s a whale-watching experience to suit everyone.

Victoria is British Columbia’s capital and one of the prettiest towns you will ever see. From the architecture to the floral hanging baskets to its waterfront location, it’s a city you have to visit once in your lifetime. There are plenty of things to do in Victoria, such as visiting the Royal BC Museum, Butchart Gardens, Fisherman’s Wharf, and Beacon Hill Park. The city also has many pubs and cafés, and Tea at the Empress is an afternoon tea enjoyed by all, including royals and celebrities, who visit Victoria. 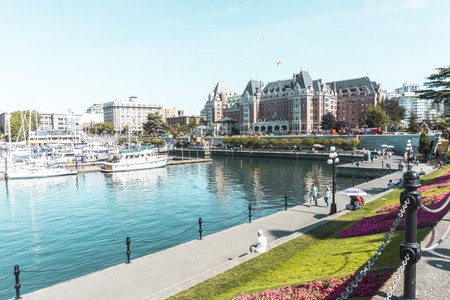 If Canada’s harsh winters scare you, don’t fret. Victoria actually holds the title of Canada’s mildest winter. The city’s southern position also means it receives considerably less rain than Tofino on the west coast. Both places have an average winter temperature of 7°C (45°F), and Victoria’s average summer temperature is 22°C (72°F). However, if you want to view wildlife, spring is the best time to visit.

Speaking of Tofino, it’s one of the most popular destinations on Vancouver Island. The small town is known as both Canada’s surfing capital and a storm watcher’s paradise in winter. No matter whether you’re into kayaking, wildlife-watching, fishing, hiking, or surfing, you can do it all in tiny Tofino. It’s also a great place to learn more about the island’s First Nations history. The town is known as a foodie hot spot too, with popular options being Tacofino, Wickaninnish Inn, and Wildside Grill.

Pacific Rim National Park Reserve is the first, and oldest, national park reserve, established in 1970. It comprises three primary sections: Long Beach, the Broken Islands, and the West Coast Trail. It’s characterized by its rugged and rocky coastline, as well as its temperate rainforest. Even though you need to wear a wetsuit year-round at Long Beach, it has some of the best surf in Canada. Meanwhile, the West Coast Trail is a multi-day hike and 75-kilometer (47-mile) trail.

A visit to Vancouver Island means having the chance to stay in a unique accommodation option: Free Spirit Spheres. Located in the rainforest near Qualicum Beach, there are three suspended spherical treehouses on the property. Named Eve, Eryn, and Melody, the spheres are cozy, but Eryn can sleep up to three people. Tom Chudleigh created the treehouses, which are a perfect way for people to soak up Vancouver Island’s natural beauty. 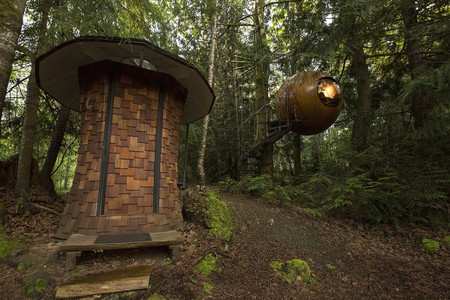 There’s no doubt about it—Vancouver Island has stunning natural surroundings. No matter what kind of outdoor adventure you want to have, you can have every type of experience on the island. For example, you can surf at the Canadian surf capital, view wildlife (including bears, birds, and marine life), hike along rugged coastlines, escape to secret swimming holes, and wander through thick forests and rainforests. Vancouver Island is a nature and outdoor lover’s paradise.

Cowichan Valley is conveniently located between Victoria and Nanaimo and enjoys Canada’s warmest mean temperature. This climate equals ideal growing conditions, so the area is naturally home to award-winning wineries, BC’s first cidery, and the island’s best farmers market, located in Duncan. Even if you’re not a food and wine enthusiast, there are plenty of towns to explore in Cowichan Valley, including Chemainus, Cowichan Bay, Duncan, and Ladysmith. 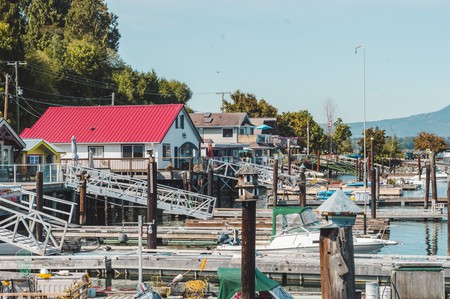 Although Vancouver Island is known for its mild climate, visitors can still hit the slopes on the island. Mount Washington Alpine Resort is the island’s largest year-round resort for skiing, snowboarding, mountain biking, and hiking. It has 82 runs and 10 lifts. Approximately 35% of the runs are classified as intermediate, while 40% are advanced. There aren’t a lot of slopes for beginners. Nevertheless, you can really do it all on Vancouver Island.

There are many hikes to tackle on Vancouver Island. As previously mentioned, there’s the West Coast Trail in Pacific Rim National Park Reserve, which is best for more experienced hikers. The Wild Pacific Trail in Ucluelet has three sections and is a local favorite for its views and variety. There’s also the Juan de Fuca Marine Trail on the west coast, which is a 47-kilometer (29-mile) trail from China Beach to Botanical Beach. Other options include the Cape Scott Trail and hikes within Mount Douglas Park. 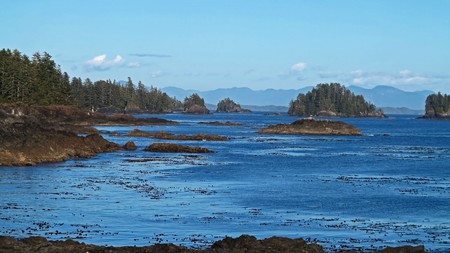 Located in MacMillan Provincial Park, Cathedral Grove is a beautiful part of Vancouver Island. The grove is a unique and endangered part of an ancient Douglas-fir ecosystem. Cathedral Grove’s biggest and oldest trees are over 800 years old and can reach up to 75 meters (250 ft) in height and stretch nine meters (29 ft) in circumference. There are trails around the area too, which allow you to get up close to this incredible ecosystem.