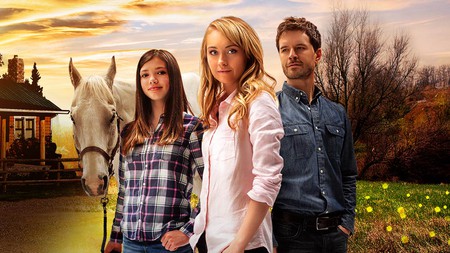 There are many American TV shows, such as Arrow, Reign, Once Upon a Time, and Suits, filmed in Canadian cities like Vancouver and Toronto. But there isn’t a shortage of Canadian television shows on the air right now either. Here are the best Canadian TV shows of the past decade, which definitely need to be binge-watched.

A TV show set and filmed in Toronto, Rookie Blue was on television from 2010 to 2015, for a total of six seasons. It followed the lives of rookie cops just out of the academy at Toronto’s 15th division. Action, romance, heartbreak, and promotions abound during the six seasons.

A captivating and multi-award-winning TV show about clones, talented Canadian actress Tatiana Maslany plays several different clones each episode. Orphan Black is definitely intriguing, as is Maslany’s portrayal of the various characters. Its fifth and final season will premiere this June.

With its 11th season being released on Netflix at the end of March 2017, the Trailer Park Boys is a hilarious mockumentary series about three Canadian men living in a trailer park in Nova Scotia. It follows their misadventures as they try and make money through petty crimes. There have also been three films released based on the comedic series.

A fascinating Vancouver-based science-fiction series, Continuum’s fourth season finished in 2015. It is about a group of rebels and a cop who are sent back through time from 2077 to 2012. The cop, played by American actress Rachel Nichols, attempts to stop them from taking down the corporations that will rule the world in her future. She works with the Vancouver Police Department and young tech whiz Alec Sadler, who she knows in 2077.

A brand new Canadian television series, Bellevue stars True Blood’s Anna Paquin as a detective searching for a missing transgender teen. Season one premiered on February 20, 2017. Paquin’s intense nature clashes with the do-gooders in her blue-collar hometown. The TV series is filmed in Montreal.

This unique TV show is set and filmed in Vancouver. At the beginning of each episode, the audience finds out who the killer and victim are in each murder. Then you learn why they did it as the detectives solve the case. The unique concept definitely sets Motive apart from other cop drama series.

Heartland is a Canadian family drama series, which premiered in 2007. It’s Canada’s longest-running 60-minute scripted drama series; its 10th series began airing in late 2016. Based on Lauren Brooke’s Heartland book series, about life on the ranch, the TV show is primarily filmed in High River, which is 54 kilometers (34 miles) south of downtown Calgary.

Saving Hope’s fifth and final season is currently airing. Billed as a supernatural medical drama, or Canada’s Grey’s Anatomy, Saving Hope centers around the lives of the doctors and nurses at Toronto’s Hope Zion Hospital. The supernatural side of the story comes from the chief of surgery, who’s in a coma at the beginning of the series, but wanders the halls as a spirit.

A Canadian werewolf drama, Bitten follows Elena Michaels, who’s the world’s only female werewolf. She’s torn between her normal life in Toronto (where the show’s filmed) and her werewolf obligations in upstate New York. Based on the Women of the Otherworld novels by Kelley Armstrong, Bitten’s third and final season aired in 2016.

A series set and filmed in Montreal, 19-2 follows the professional and personal lives of two unwilling police partners, as they try and work together for the good of their city. The original French series aired on Radio-Canada from 2011–2015, while the English version began in 2014, and its fourth and final season will air in 2017. The “19-2” references the call-sign of their patrol car.

With its 10th season currently airing, Murdoch Mysteries is a very popular Canadian drama series. Set in Toronto at the turn of the 20th century, it follows William Murdoch, a detective who uses innovative forensic techniques and an unconventional approach in order to solve murders. He has an amusing circle of coworkers and friends who help him solve the cases and navigate the prejudices and traditions of the Victorian-turned-Edwardian society.