11 Habits You Pick Up Living in Toronto 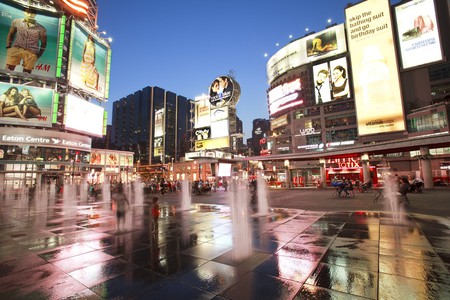 Toronto is a great city to live in; known for its diversity and multiculturalism, it’s home to people from all over the world. When you live here long enough, the chances are that you’ll pick up a few local habits such as taking pictures of the Toronto skyline every season, having a love of extra strong coffee and drinking $15 cocktails. Here are 11 Toronto things that will rub off on you.

Queuing for the latest “It” dessert

Living in such a vibrant city has some serious advantages because there’s always some new dessert to try out, and the good people of Toronto don’t seem to mind standing in line for it. Whether that’s charcoal ice cream cones, Japanese cheesecake, unicorn everything or macarons from Ladurée, when you live in Toronto, you will queue up for at least one hip dessert. Other things that Torontonians will queue up for include limited edition sneakers, tables on patios, and brunch.

Because ice cream is always appropriate (and because we have been saying we were going to go since it opened). #icecream #toronto #charcoal #ihalokrunch #icecreamweather #fall

You eventually drop the second “T”

Live in Toronto long enough, and you become comfortable with dropping the second “T” in casual situations, pronouncing it “Toron-o” instead. The city has a number of nicknames that endear it to the residents; some people call it TO (Tee Oh), T Dot or even by its Drake-given name, “the 6ix.” Whatever a Torontonian may call their city, they all agree that home is Toronto.

You’ll try cuisine from around the world

Toronto’s growing multiculturalism has led to a bustling food scene with endless and delicious choices. There are so many different types of cuisines available in the city that you can eat whatever you want here and very quickly get used to it. At times, it feels like there is an eatery to satisfy every niche craving. 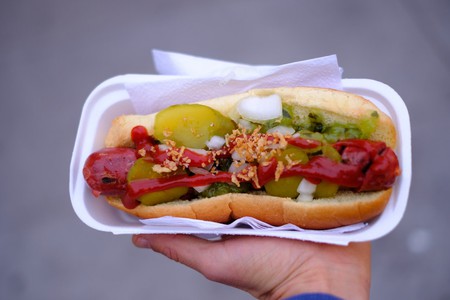 You live for the summer

Toronto winters have their own charm. There’s ice skating, the Christmas market, and the option to have some piping hot food delivered to your condo, or you can cozy up in a café or bar. However, in reality, Toronto is all about the warmer months, complete with festivals, patios, parks, and beaches all contributing to the general joy found on a hot day in the city. The summers in Toronto are beautiful and the only reason to put up with a ridiculously long and cold winter. 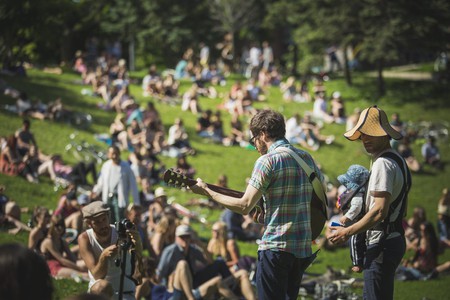 Taking off your shoes at the door

People in Toronto take off their shoes at the door before entering a home—this might well be something that happens all over Canada too. One of the reasons for this is probably the weather conditions that leave footwear covered in salt, dirty snow, and wet grime from the streets, but they do it year-round.

At some point in time, brunch in Toronto became a thing. Some say it’s a religion, while others call it a love affair. Either way, brunching is one habit you will definitely pick up when living in the city. Of course, Toronto has a lot to offer when it comes to this beloved weekend meal, and the blueberry pancakes at Mildred’s Temple Kitchen are a great place to start.

You get spoilt for choice

There is a lot to see and do in Toronto and plenty of art and culture. Even if you aren’t big on the tourist attractions, it’s hard to get bored. The city has over 80 film festivals, including the Toronto International Film Festival and Hot Docs. In addition to the museums and galleries dotted all over the city, there are also over 200 professional performing arts organizations. In short, there are lots of free events, festivals, and tons of activities throughout the year.

You develop a complicated relationship with the Toronto Transit Commission (TTC)

Torontonians can’t do without the TTC and learn to deal with it the best they can. On any given day, you could be faced with service interruptions, route replacement buses, streetcars getting stuck, and delays. Of course, all is forgiven on those perfect days when you have a seamless journey. 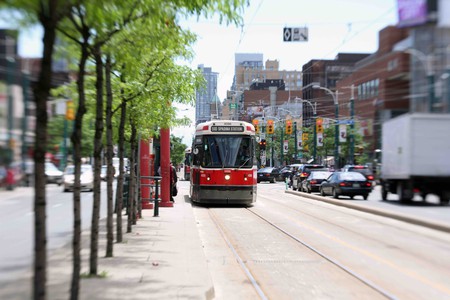 You own at least one thing that says “Toronto”

Whether it’s a Blue Jays hat, a Raptors T-shirt, a Maple Leafs jersey, something from Peace Collective or a city toque, those that live here own at least one thing that says Toronto. People love the city, and with good reason. It’s one of the few places where no matter who you are or where you are from, you can call Toronto home. It’s inspiring to live in a city like this in 2017, and lots of Torontonians wear their city loud and proud.

One of the great things about living in Toronto is you get used to being a hop, skip and jump away from cottage country, and it doesn’t matter what time of the year it is. Nothing beats driving a couple of hours north, south, west or east in the direction of a cute countryside abode where you can sip hot or cold drinks over a fire and wake up beside a lake. 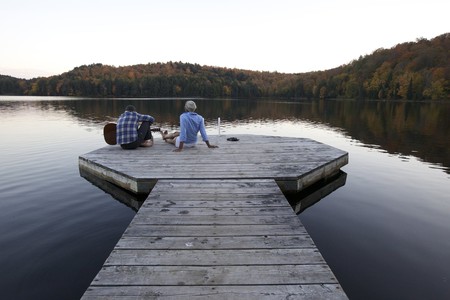 Chilling by the lake | © OTMPC

Torontonians work hard and play hard. The Canadian dream is realistic here, with many professionals trying to make it big. The city is brimming with creativity and arts and has a flourishing start-up culture and opportunities for newcomers. The success stories inevitably rub off and inspire you.