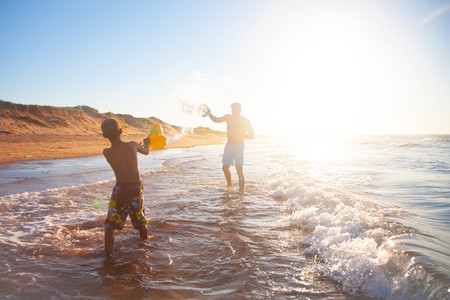 The east coast of Canada is a truly magical place, and you’ll find unique cultures here that really set these provinces apart from the rest of Canada. Not to mention there are vibrant cities, historic towns, beaches galore and some of the best seafood you’ll ever have! Start planning your trip with a look through our picks for the area’s best road-trip routes. 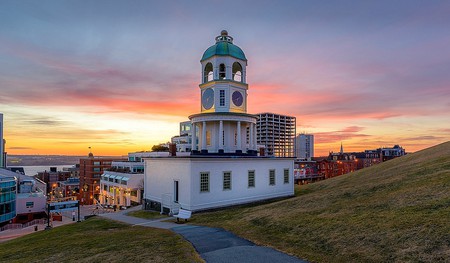 A drive through the historic Eastern Townships is like stepping into another world. A journey around these beautiful little towns, located in southeastern Quebec just two hours from Montreal, makes for the perfect mini road trip.

If you’re looking for a longer road trip through Quebec, the Gaspésie Tour is a great one to consider. You can conveniently start your trip in Montreal or Quebec City, and then drive the 1,235 kilometre route around the Gaspé Penninsula. Trust us, the views are worth the gas money. 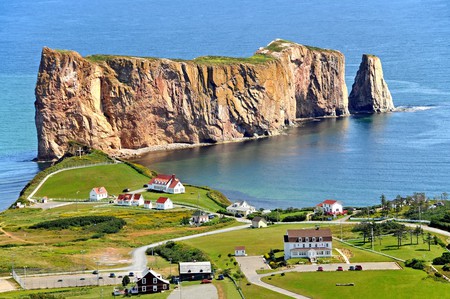 Percé, a small village near the tip of the Gaspé Peninsula in Québec | © Dennis Jarvis / Flickr

Take a week-long trip through the Iles de Madeleine and discover the beauty and charm that these secluded islands have to offer. There are various ways to get to the islands, including a five-hour ferry from Prince Edward Island and cruises from Montreal and Quebec City.

Extend the above route by adding on a drive along New Brunswick’s Bay of Fundy, or make it a trip of its own! You’ll begin in the city of Moncton, and then continue along the coast, past highlights like Hopewell Rocks, wineries, and of course, the Fundy itself. 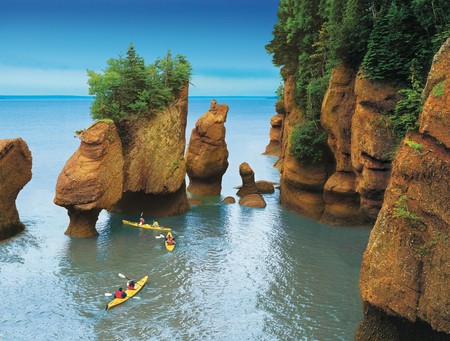 Enjoy some of Canada’s warmest beaches with a road trip along New Brunswick’s Gulf of St. Lawrence coast. You’ll drive the length of the coast and enjoy the many beautiful beaches and parks along the way.

One of the most stunning routes in all of Canada, Nova Scotia’s Cabot Trail has earned itself international recognition for its unparalleled beauty. Running along the Cape Breton coastline, this trail is especially popular in the fall when visitors come from far and wide to admire the fall colours. 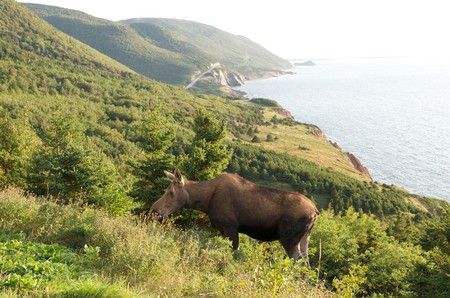 Foodies will love Nova Scotia’s Chowder Trail, which runs the full length of the province from Yarmouth to Louisbourg, and makes stops along the way at 10 restaurants, serving up some of Nova Scotia’s best chowders. It’s a great way to enjoy delicious food and take in all that the province has to offer.

Prince Edward Island is roughly divided into three sections, so there are three coastal drives you can make: North Cape Coastal Drive, Central Coastal Drive, and Points East Coastal Drive. Each route is beautiful and full of fun attractions, gorgeous beaches, amazing restaurants, and so much more. Luckily, the island is small enough that you can easily fit all three drives into your vacation.

We love this route that The Loop put out, which covers all the hot spots in the Maritime Provinces. It’s the perfect way to see the best of these three charming places.

How cool does this trail sound? This route is perfect for nature lovers who want to explore Newfoundland’s wild side. Beginning in Deer Lake and then heading straight to Gros Morne National Park, the route continues along the coast, ending at the island’s northernmost point. Along the way, you’ll encounter unbelievable scenery, quaint fishing villages, and rugged landscapes. It’s also a great jumping off point to visiting Labrador – just catch the ferry over to the Quebec-Labrador border. 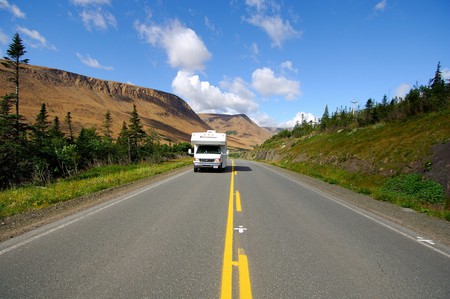 Courtesy of Newfoundland and Labrador Tourism
Give us feedback