11 Beaches You Wouldn't Believe Are in Canada

Sandlands Provincial Park | © Ron Bulovs / Flickr
Canada has the world’s longest coastline, but a lot of its beautiful beaches are actually located on lakes. Its sandy shores are buzzing with people in summer, as locals know cold weather is inevitably coming around the corner. Here are 11 of the best, and more unique, beaches in the country.

Long Beach is in the Pacific Rim National Park Reserve, next to North America’s best surf town, Tofino. Known for its surfing and the fact that it’s the largest and longest beach on Vancouver Island, Long Beach is also a good spot for wildlife spotting, both in and out of the water. Whales swim off the shoreline, while bears and wolves call the national park home. 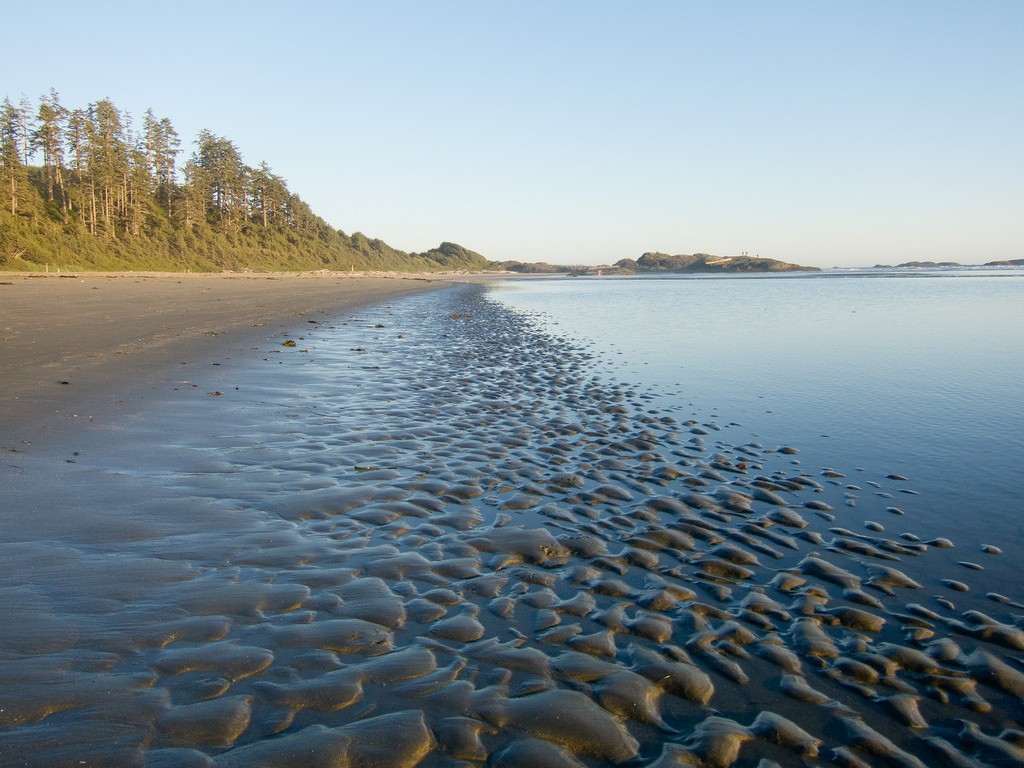 Known for its white sand and crystal clear turquoise water, Crystal Crescent Beach is located just a 40-minute drive from Halifax in Nova Scotia. Its provincial park has three beaches next to each other – easily named first, second, and third beach. There’s a boardwalk linking the first two, while the third is a clothing-optional beach. Try visiting and thinking you aren’t in the Caribbean.

Manitou Beach is located on Little Manitou Lake – called the Dead Sea of Canada because it has a high salt content and no outward flow – in Saskatchewan. The beach’s shallow water allows visitors to have a natural spa day. The water is said to relieve tension and pain, as the water contains magnesium, potassium, iron, and sulfur.

Located in Cape Breton Highlands National Park along the Cabot Trail, Ingonish Beach has access to both fresh and salt water. A naturally formed rock barrier gives the beach both an Atlantic Ocean pool and freshwater cove. The beach’s coastline is also very picturesque, with rolling green hills and trees and rocks surrounding the water. 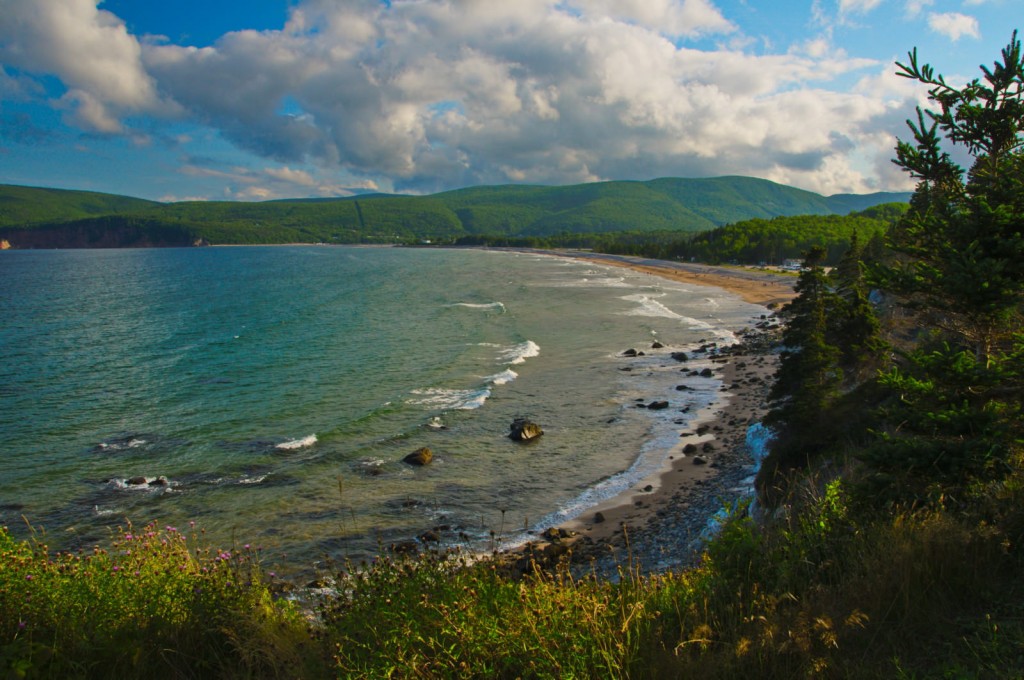 Park
Sandlands Provincial Park | © Ron Bulovs / Flickr
Identified as the largest freshwater sandbar in the world (it’s on Lake Ontario), Sandbanks has sand that stretches nearly 20 kilometers (12 miles). But it’s not just its sand that is worth a visit. Sandbanks is a beach with some of the most beautiful turquoise water you’ll find in Canada.
More Info
Open In Google Maps
3004 County Road 12, Picton Prince Edward, Ontario, K0K 2T0, Canada
+16133933319
Visit website

Basin Head Provincial Park on Prince Edward Island is known for its singing sand beach. When walked on, the white sand makes a squeaky noise, which scientists believe is from spherical quartz sand. The beach stretches for eight kilometers (five miles) at Basin Head and features the warmest water north of the Carolinas.

Located 40 minutes east of Halifax in Nova Scotia, Lawrencetown is another of Canada’s top surfing beaches. Swells here can reach four meters (13 feet), and the strong tides entice surfers from around the world. Its often foggy conditions and pebbled foreshore make Lawrencetown look a little eerie – like it’s straight from a movie. 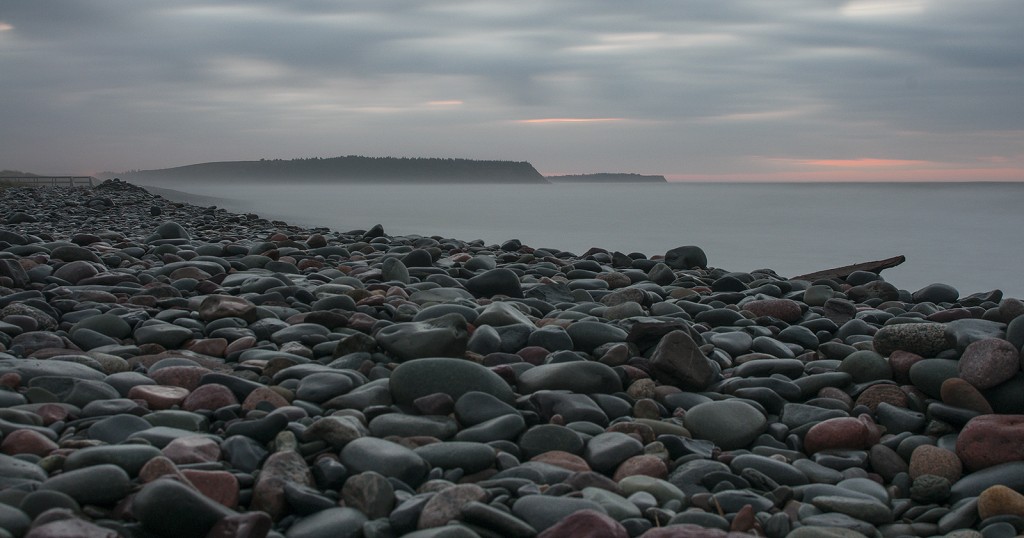 Located in Ontario’s Georgian Bay, Wasaga Beach is the world’s longest freshwater beach at 14 kilometers (nine miles) long. It’s on Lake Huron, and people refer to it as a little slice of the Jersey Shore in Canada. It’s brimming with people in summer and has a boardwalk, beachfront restaurants, and plenty of souvenir shops.

Winnipeg locals have been spending their summers at Grand Beach for a hundred years. Playboy magazine even named it one of its top 10 beaches in the 1980s, and it’s repeatedly called one of the best beaches in North America. It’s located on Lake Winnipeg and boasts white sand, a boardwalk, and a campground nearby.

Bennett Beach is a little bit unique, as its backdrop is rugged, snowy mountains. It’s a part of Bennett Lake, which straddles the British Columbia and Yukon border. In summer, the Yukon’s temperature can reach up to 30ºC (86ºF), so spending an afternoon hanging by the beach isn’t totally unbelievable.