<a href="https://www.flickr.com/photos/bensonkua/5035380820/" target="_blank">The Stonehouse Distillery at Toronto's Distillery District | © Benson Kua / Flickr</a>
If you’re looking to take your relationship into the long term through marriage, Toronto is full of romantic spots to ask the question. Whether you’re looking for a secluded garden, a historical setting, breathtaking heights, or want to profess your love in public, these ten spots show some of the romantic variety that exists around the city.

For a regal and romantic proposal setting, there’s no better spot than Casa Loma. Toronto’s only castle is a labyrinth of towers and intricately decorated rooms and suites, stables, and tunnels. The grounds feature a beautiful garden that is resplendent in spring and summer, and the conservatory fountain is a particularly romantic proposal spot. Casa Loma also serves as a beautiful and popular wedding venue for the complete romantic treatment. 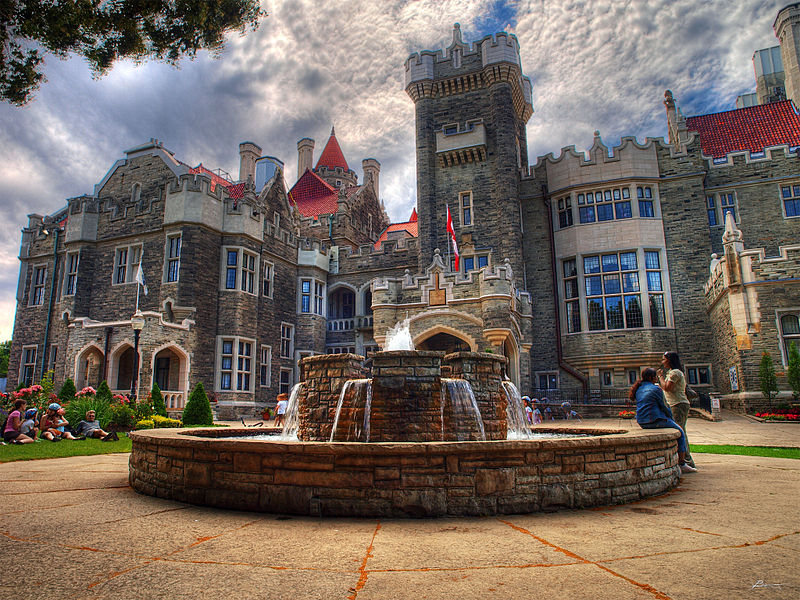 Distillery, Historical Landmark, Brewery
With its cobblestone streets and Victorian-style architecture, the Distillery District is another romantic proposal spot with a historical twist. From certain angles, this neighborhood even has a quaint European feel, making it a popular setting for engagement photos as well. Take your partner out for a meal at one of the several nearby restaurants, see a play at the Soulpepper Theatre, and then propose under the well-known Gooderham & Worts sign. When your partner says yes, you can add your own lock to the Distillery’s LOVE installation—a final romantic touch to the perfect proposal.
Looks like it's closed Hours or services may be impacted due to Covid-19
More Info
Open In Google Maps
55 Mill Street, Old Toronto Toronto, Ontario, M5A 3C4, Canada
+14163641177
View menu
Visit website
Visit Facebook page
Send an Email
Give us feedback

Park
Sakura blossoms in High Park | © Laslovarga / WikiMedia Commons
Toronto’s favorite park is a lovely natural setting for a spring or summer proposal. With winding pathways, sloping gardens, hiking trails, and ponds, there are countless options for popping the question while surrounded by picturesque romance, and Grenadier Pond is especially scenic at sunset. Sakura cherry blossom season in late April to early May is among the most beautiful times of year in High Park and makes for a magical proposal scene. But make sure to plan ahead—it gets busy!
More Info
Open In Google Maps
1873 Bloor Street West, Old Toronto Toronto, Ontario, M6R 2Z3, Canada
+14163380338
View menu
Visit website
Visit Facebook page
Send an Email
Give us feedback

Park, Hiking Trail
Bluffer's Park, Toronto | © Benson Kua / Flickr
In the east end of Toronto, striking bluffs stretch for approximately 8.7 miles (14 kilometers) along the shores of Lake Ontario. Why not boost your proposal with a geological landmark representing over 12,000 years of history? Propose while kneeling on the sandy beach of Bluffer’s Park, or scale the bluffs and have the Great Lake’s sparkling waves as a romantic backdrop.
More Info
Open In Google Maps
Toronto, Ontario, M1M 3W3, Canada
+14163922489
View menu
Visit website
Visit Facebook page
Send an Email
Give us feedback

Located at the corner of Jarvis and Carlton in the downtown area, Allan Gardens offers a quiet refuge teeming with an array of plants and flowers. While the garden is housed under a glass dome structure, there is also a conservatory and playground—totaling over 16,000 square ft (1486m²). Allan Gardens is over 100 years old, making it the oldest park in Toronto. 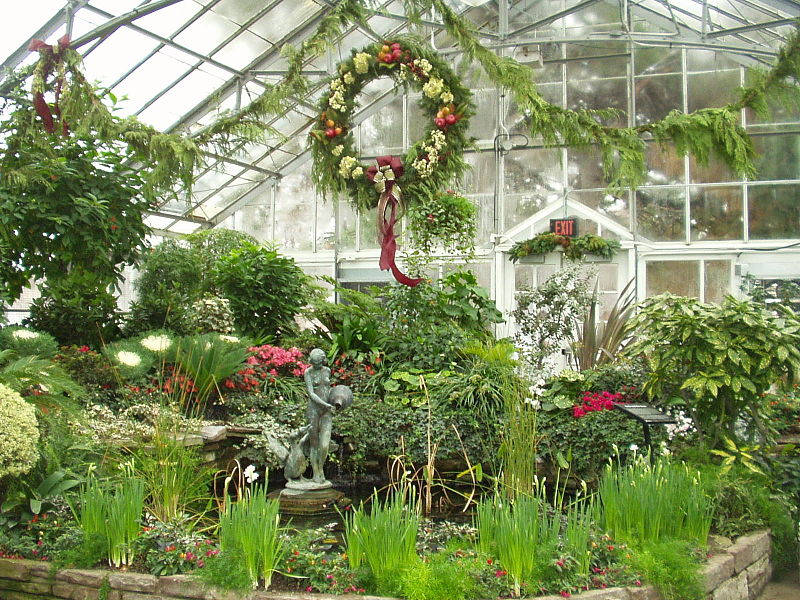 Architectural Landmark
The CN Tower might seem overly touristy for a marriage proposal, but we’re suggesting something a little different. Not only is the CN Tower the city’s most definitive landmark, but it now also offers couples the EdgeWalk, a harnessed walk around the roof for an adrenaline-filled proposal. Less inclined toward risk, heights, and high winds? Opt for proposing from the 360 Restaurant, which still offers stunning views of the city and shoreline.
Looks like it's closed Hours or services may be impacted due to Covid-19
More Info
Open In Google Maps
290 Bremner Boulevard, Old Toronto Toronto, Ontario, M5V 3L9, Canada
+14168686937
View menu
Visit website
Visit Facebook page
Send an Email
Give us feedback

Beyond libraries and lecture halls, UToronto’s St. George Campus has numerous historical buildings complete with carved archways and ivy-woven stone walls. Located in the heart of the city’s downtown area, the campus feels more like a park out of a historical romance novel, and couples pose for engagement photos all year long. 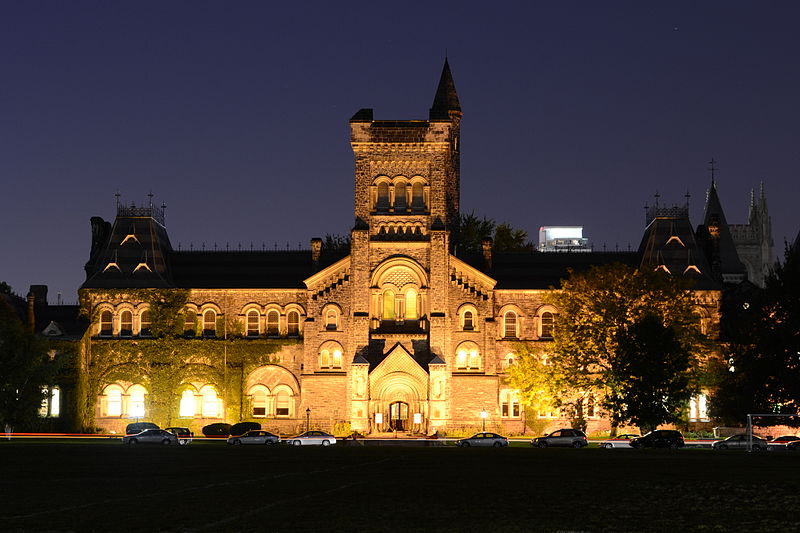 University College at the University of Toronto | © Raysonho / WikiCommons

Just a short ferry ride from downtown Toronto, proposing on the shores of the Toronto Islands with a panoramic view of the city’s skyline can be an unforgettable moment—and a full day experience complete with biking, strolling, and lounging on the beach. St. Andrews by the Lake, built in 1884, is a small whitewashed chapel with beautiful little stained glass windows that add a quaint hint to waterfront proposals. 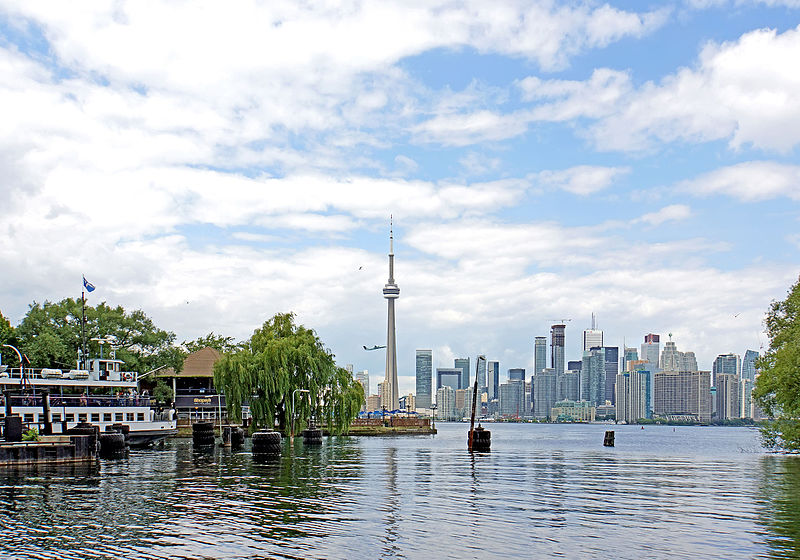 View of Toronto from the Islands | © Dennis Jarvis / WikiCommons

Architectural Landmark
Nathan Phillips Square lies in the heart of Toronto and hosts many events year-round | © Valentino Visentini / Alamy Stock Photo
For a winter wonderland romance, plan to propose at Nathan Phillip’s Square. During the holiday season, the square is lit up with Christmas lights as families and couples skate around the public rink. There are always plenty of onlookers at this popular Toronto landmark for those who want to declare their love to the world.
More Info
Open In Google Maps
100 Queen Street West, Old Toronto Toronto, Ontario, M5H 2N1, Canada
+14163922489
View menu
Visit website
Visit Facebook page
Send an Email
Give us feedback

Toronto’s Harbourfront offers beautiful views of Lake Ontario, the marinas, and the Toronto Islands. Beyond the boardwalks lined with ice cream stands and the weekenders picnicking or sunbathing, the Toronto Music Garden is a quiet and somewhat secluded area for an urban proposal. The park’s spiral is inspired by Bach’s Suite No. 1 in G Major, designed in collaboration with cellist YoYo Ma, landscape designer Julie Moir Messervy, and urban landscape architects. A summer proposal may be accompanied by live classical music, performed Thursdays at 7 p.m. and Sundays at 4 p.m. from June to September. 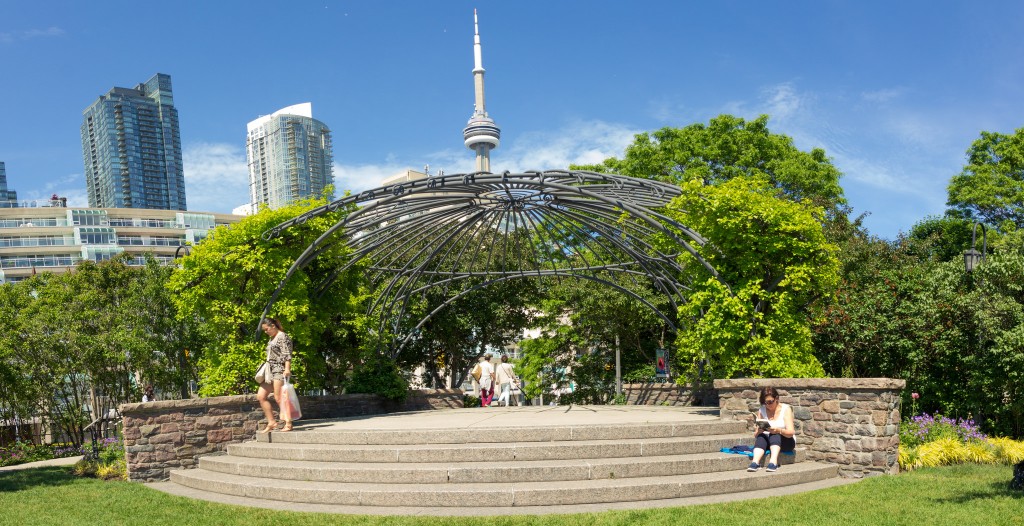