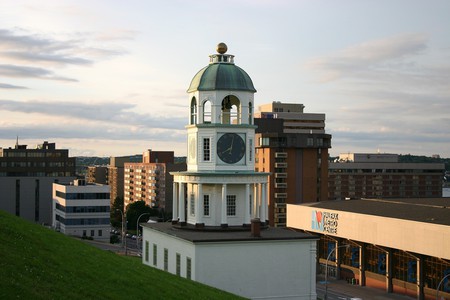 The capital of Nova Scotia and one of Canada’s Maritime Provinces, Halifax is a laid-back city with a stunning waterfront, ocean-scented air, and a thriving music scene. The restaurants here have always specialized in seafood but many are moving beyond fresh fish to take advantage of the region’s noteworthy craft breweries and farms.

Brooklyn Warehouse offers delicious food and warm ambience . The restaurant has a strong commitment to locally-sourced products and fresh ingredients, with an on-site vegetable garden and rotating daily specials displayed on a chalkboard menu. The region’s breweries and wineries are well-represented on the restaurant’s extensive beer and wine menu. The interior looks like a cross between a bistro and a pub, with tin ceiling tiles and hand-painted signs, along with an airy three-season patio.

Open for more than thirty years, Five Fishermen is well-known for its Alberta Angus beef and exceptional Nova Scotian seafood, including lobster, oysters, and steamed mussels, served with four signature sauces. Five Fishermen is divided into a fine dining restaurant upstairs, and a more casual grill area downstairs. The restaurant has won numerous awards from Wine Spectator, recognized for its superb selection of wines. Dating back to 1817, the restaurant’s building originally served as an art school, and was later used as a mortuary to house victims of the Titanic and the Halifax Explosion. This building’s interesting history may explain the frequent reports of supernatural activity made by the restaurant’s staff over the years. 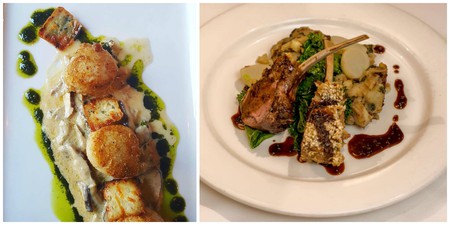 Agricola Street Brasserie features a menu of seasonal, French-inspired dishes in a setting that encourages diners to linger. Menu highlights include an heirloom tomato tart with goat cheese, and braised rabbit with roasted mushrooms and pearl onions. The restaurant’s decor makes an equally strong impression, with high ceilings, vibrant furnishings, brick walls, and an open kitchen. The restaurant is proud of its location in Halifax’s community-minded North End, even naming one of its signature cocktails, ‘the North Ender’.

This eclectic restaurant has been one of Halifax’s trendiest places to dine for over a decade. The restaurant’s retro sign, from which the Economy Shoe Shop gets its unusual name, once belonged to a Barrington Street shoe shop in the 1950s. Popular with locals, celebrities, and tourists, Economy Shoe Shop is divided into several different rooms, each of which features quirky decorations, including a jukebox, chandeliers, and an indoor garden. The restaurant’s diverse menu offers dishes ranging from Thai red curry to Maritime seafood chowder, as well as piled-high nachos, which are a local favorite. The restaurant also has regular live music, public readings, and a rotating showcase of local artwork hanging on the walls.

Chives Canadian Bistro serves a menu of Canadian cuisine with innovative twists created by chef/owner Craig Flinn, the author of numerous best-selling Canadian cookbooks. The menu makes the most of seasonal ingredients, and every meal begins with the restaurant’s signature tea biscuits, which are prepared from a family recipe. The decor incorporates elements of the Canadian landscape, including wood, water, sand and rock. The building, a former bank, makes for a unique setting; the bank’s vault has been repurposed as an intimate private dining area. Chives also features an innovative ‘Moving Menu’, an exterior art installation that live broadcasts the action in the restaurant’s kitchen to pedestrians out on Barrington Street.

Regularly voted as Halifax’s best breakfast, the Ardmore Tea Room is a classic diner that has been serving up comfort food since 1956. A favorite among families and students, this budget-friendly restaurant is best known for its filling ‘Lumberjack Breakfast’, which consists of eggs, ham, sausage, bacon and multigrain toast. In addition to typical diner fare like milkshakes and hot turkey sandwiches, the menu also features local dishes like ‘Newfoundland Steak’ and cod fish cakes. The service is fast and friendly, the atmosphere is simple and homey, and there’s often a line-up outside the door on weekends.

Set in the former home of Canadian politician William Alexander Henry, Henry House is a three-level restaurant, pub and private dining facility. The 18th century ironstone building is the perfect backdrop for the restaurant’s menu of British pub fare and Maritime cuisine. The menu is the same whether you choose to sit in the more formal dining room upstairs, or in the casual pub on the lower level. Typical dishes include beef-and-beer stew, steak sandwiches, fish cakes with beans, and homemade bread pudding. The drink menu features English-style ales, and local Granite Brewery beers. Henry House also offers seating on its outdoor patio during the warmer months. 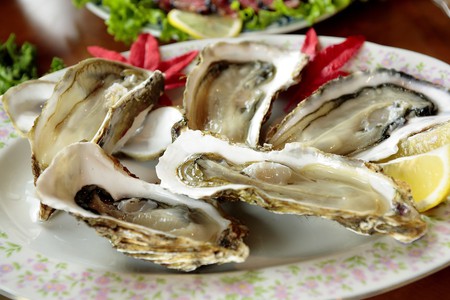 Your Father’s Moustache is a favourite Haligonian summer hang-out, with a rooftop deck that’s widely considered to be the best patio in the city. The rooftop area provides views over one of Halifax’s busiest streets, plus offers plenty of seating and umbrellas for shade. The restaurant features a classic pub-style menu of pasta, steaks, seafood, fish and chips, as well as a popular club sandwich. The highlight of the restaurant’s summer menu is fresh lobster served with potato salad and French bread. Your Father’s Moustache also features frequent live entertainment, as well as a drink menu with a good selection of craft beers and international brews.

Set in one of Halifax’s oldest buildings, the Press Gang has a reputation for offering one the city’s best fine dining experiences. The large menu focuses on seafood, meat, and poultry dishes, with highlights including seared Nova Scotia halibut with ginger lime thyme sauce; and herb-crusted rack of lamb. The restaurant also offers an extensive oyster bar, ideal for a light meal or to have alongside drinks from their excellent wine and cocktail menu. The Press Gang features a live band on Friday and Saturday nights, with the jazz, Motown, and classic rock music adding to the restaurant’s already cozy ambience.