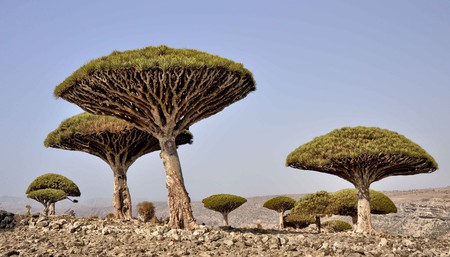 No matter a country’s size, almost every one has designated some territory within its borders as a national park in order to portray, but also conserve, its natural beauty. We stray from the world famous national parks like Yosemite, Kruger, and Banff, and put the spotlight on some of the most remote, untouched, and arguably most impressive national parks that the world has to offer.

Not on the mainland of Chile, but still a part of the country, this national park is located on Isla Pascua, commonly known in English as Easter Island. In order to see the massive stone heads that still remain a mystery, you will be enjoying the beauty of the Rapa Nui National Park as it circles most of this remote island located between Chile and the distant islands of the South Pacific. 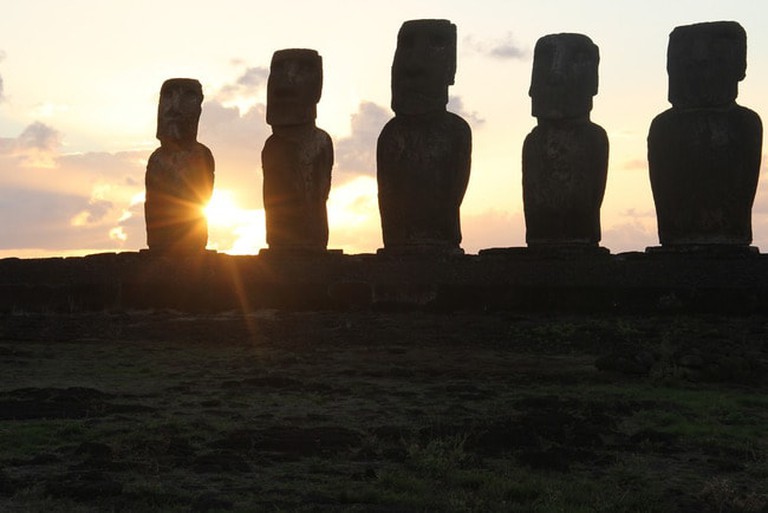 No longer a secret but still hard to reach, one of the most famous national parks in Patagonia is so because of its remote location. Riding the border of Chile at the base of the Andes, the town of El Chalten, a hiker’s paradise, sits within the Los Glaciares National Park and is home to the famous Fitz Roy peak.

Gates to the Arctic (United States)

Think of Alaska and you will think of remote tundra, and a journey to the north of the state means you are getting as remote as humanly possible. This national park is not only remote, but it is also huge, larger than the country of Belgium. If you make the trek here you are rewarded with scenery that can be compared to the northern equivalent of Patagonia.

Gates to the Arctic National Park and Reserve, Alaska 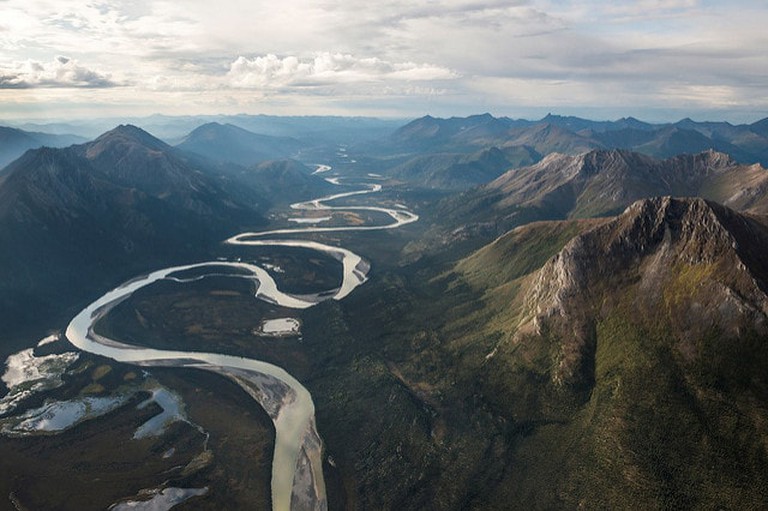 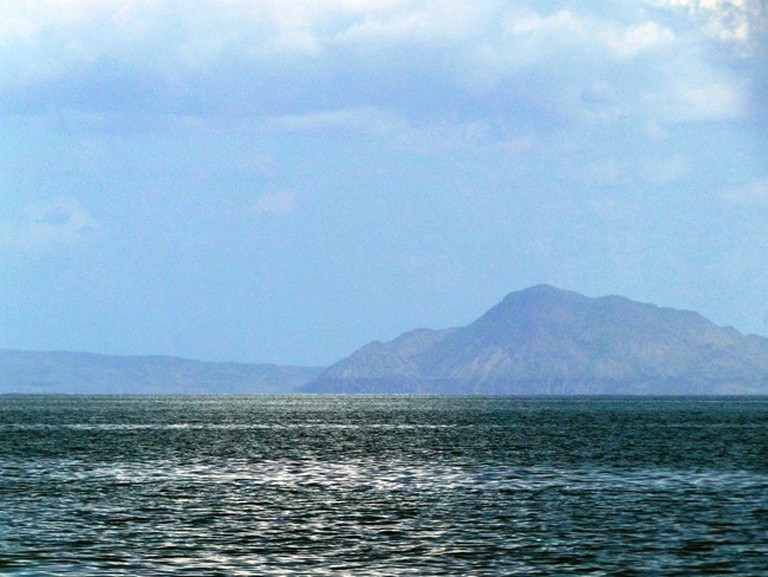 Central Island | © Peter Etelej / Flickr
Like something out of the movie Jurassic Park and home to surviving dinosaurs, this island is also known as Crocodile Island, and contains a lake within the island, which sits within a lake, within the continent of Africa. Confused? Yeah, so are we.
Open In Google Maps
Kenya
Give us feedback

Park
Facebook
Email
Twitter
Pinterest
Copy link
Share
Map View
Getting to this national park is about as difficult as trying to pronounce its name, or region (Qikiqtaaluk Region). As Canada’s newest province, Nunavut has the world’s most northern national park in the world, occupying the northern tip of Ellesmere Island, one of the closest landmasses to the North Pole.
Open In Google Maps
Sirmilik National Parks Office Pond Inlet, Nunavut, X0A 0H0, Canada
+18679754673
Visit Website
Give us feedback 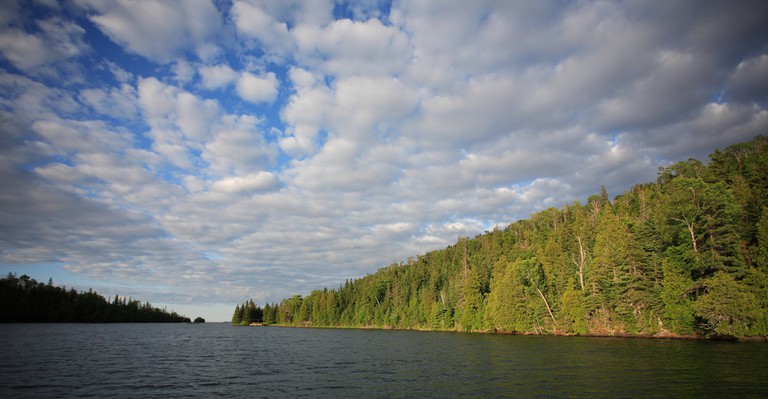 Isle Royale National Park | © Ray Dumas/Flickr
Lake Superior, belonging to Canada and the United States, is so enormous that it has a tide, something usually reserved for oceans. It also has a remote national park situated in the center, which belongs to the state of Michigan. The island is 2314 square kilometers (893 square miles) of rugged beauty, untouched nature, and thriving wildlife surrounded by beautiful sparkling blue waters that are frigid, no matter how inviting they may look.
Open In Google Maps
Michigan, USA
+19064820984
Visit Website
Give us feedback

Just the fact that it is becoming a hotbed for hikers and explorers does not make it any more accessible, and this is a benefit in keeping Torres del Paine in pristine condition. A gorgeous location that could fill an album of the best photos of Patagonia, this national park is being made more accessible by the increasing desire to visit the lush forests, stunning lakes and stubborn mountains. 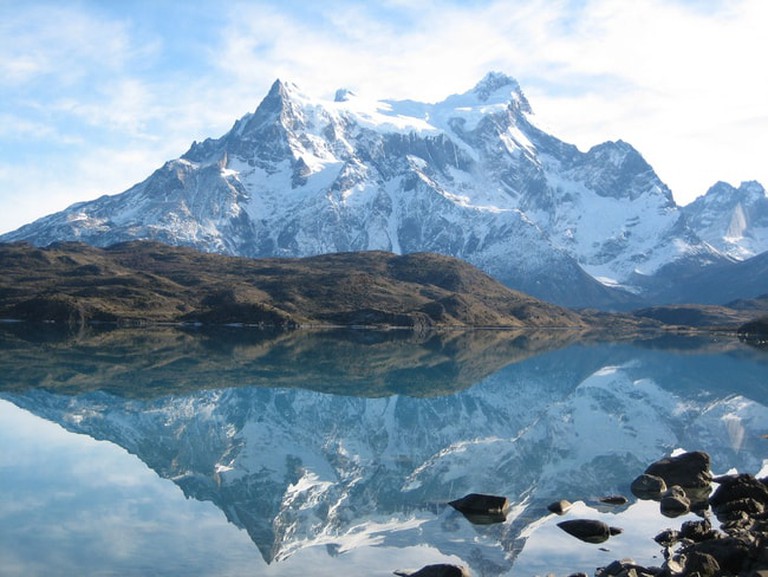 The enormous French-Canadian province of Quebec has a portion of its land that, fittingly, is shaped like the top of a Christmas Tree, and down the center of this is the border between Quebec and Newfoundland and Labrador, the province to the east. Here, as the great hosts that Canadians are, they offer you two absolutely breathtaking national parks as a reward for visiting, with jawdropping scenery that you come to expect from the true north strong and free.

Park
Facebook
Email
Twitter
Pinterest
Copy link
Share
Map View
West coast, best coast, they say, but often times the west coast of Australia is the forgotten one. The Pulu Keeling National Park has remained somewhat unknown to the world due to its location as it is actually closer to Indonesia than Australia. What you will find here is incredible, tropical jungle, unique marine life, and glassy clear water.
Open In Google Maps
Christmas Island, Western Australia, 6799, Australia
+61891626678
Give us feedback

Park
Facebook
Email
Twitter
Pinterest
Copy link
Share
Map View
You can’t get much more remote than Yemen. How about an island off Yemen you say? Well, that is the case with the Ayhaft Canyon National Park, which encompasses the whole main island of Socotra, home to some of the most unusual plant life ever seen, or not seen, on planet earth. The strange trees look like a combination between a wax palm tree, and an enormous mushroom belonging in a Dr. Seuss book, making for some stunning photographs.
Open In Google Maps
Socotra محافظة حضرموت, Yemen
Visit Website
Give us feedback
Give us feedback