Beautiful Light: 4 LETTER WORD MACHINE by D. A. Therrien | ©Neal Jennings/WikiCommons
Toronto has a plethora of galleries and exhibits to explore, but not all of them feature new media art. New media art encompasses a wide variety of artistic disciplines and merges them with the past, present, and future of technology. As technology continues to intertwine itself with our daily lives, it’s only natural for artists to explore the relationship between technology, culture, and the human experience. These ten places in Toronto can change the nature in which we see technology and ourselves.
Still from the documentary Terminal Device Courtesy of Charles Street Video

The main focus of Charles Street Video is to cultivate the creation of media art by offering artists training, workshops, and youth outreach programs. CSV also works in partnership with multiple grassroots and institutional organizations such as the Reel Asian International Film Festival and imagineNATIVE Media Arts Festival.

CSV doesn’t have a standing gallery or exhibition space. However, CSV does have an ongoing networking event called, Video Chucks, which is held once a quarter. During the event, short works by CSV members and participants are shown to all in attendance across various sites. Aspiring new media artists can gain a wealth of knowledge from CSV or possibly get commissioned to create a new installation that challenges and inspires all those who view it. 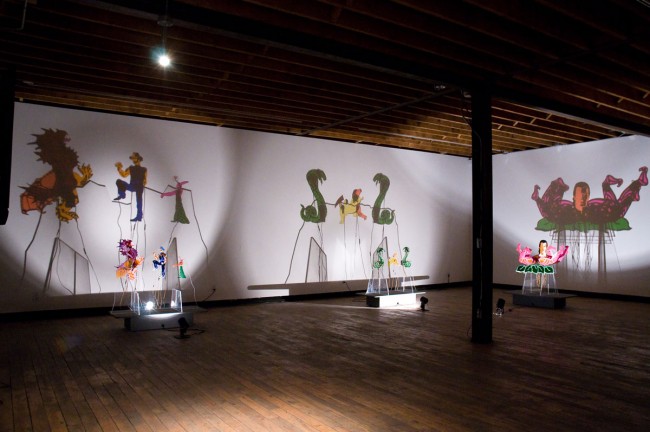 InterAccess is a non-profit access centre run by artists since 1983. Not only is it a public gallery, it’s also a production space and educational facility with a focus on new media and electronic art. InterAccess can help foster an artist’s initial concept into a complete exhibition or installation. Members are given 24/7 access to the studio facility and a large variety of tools with which to work on their own projects.

InterAccess has year-round programs open to the public in a variety of formats — like live performances and panel discussions with artists — in addition to an extensive workshop series. Every Wednesday from 7pm-10pm, the public is invited to see what the artists are working on or to bring their own projects to tinker with, absolutely free of charge. 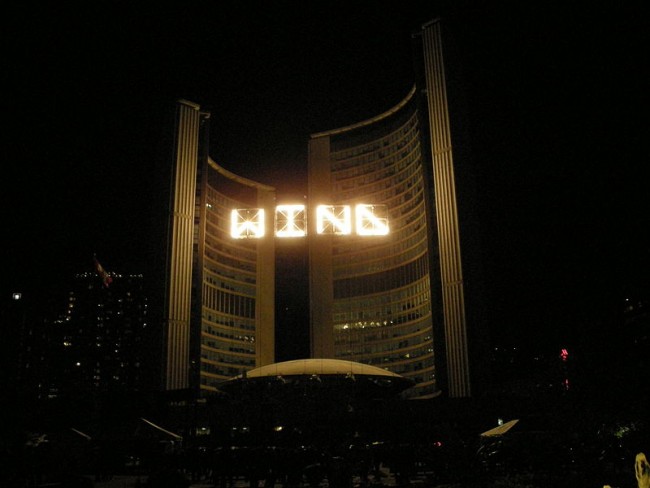 While Nuit Blanche may only happen once a year between dusk and dawn, it’s assuredly one of the best places to experience some of the best new media art from around the world. This annual festival is not for the faint of heart, and to make the most out of the night, it’s essential to have a plan to survive. With over a 100 different exhibits to see and dozens of unofficial pop-up projects, there’s absolutely nothing else like Nuit Blanche. No one ever simply sees art at Nuit Blanche; they truly experience it.

The Ontario College of Art & Design (OCAD) has been a staple of the Toronto art community since its creation in 1876. OCAD is the oldest and largest educational institution in Canada for art and design, and it just happens to be located right beside the prestigious Art Gallery of Ontario. OCAD has an impressive three galleries, each of which showcases unique and diverse forms of art from contemporary to new media.

Powell MacDougall founded p|m Gallery in 2004. p|m Gallery represents a rich and distinct network of artists in a variety of media, from sculpture and performance art to video and new media art. Jessica Thompson is one of the artists represented by the gallery, and her interactive works exploring social situations through the use of wearable technology, sound, and performance embodies what new media art is all about. 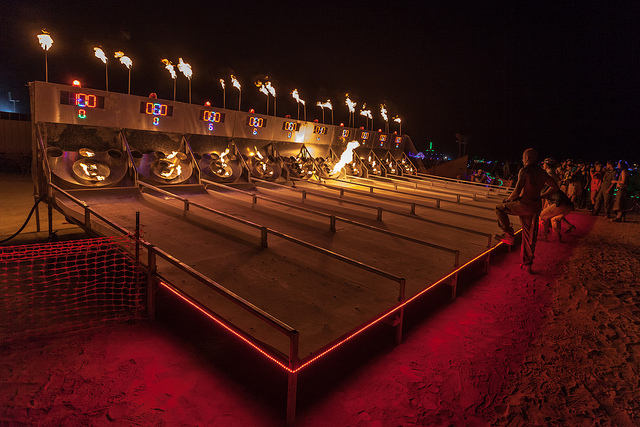 Site 3 coLaboratory is one of the perfect places for inspiring mad genius. It’s not quite a gallery where works are displayed; rather, it’s where art and technology crash into each other in what can best be described as a fiery blaze of glory. Site 3 is a workshop for members to create, teach, display, and inspire through a variety of events.

Every Thursday from 7pm to close, Site 3 has an open house for the public to see what new projects are being manufactured and to interact with members.

Building
Morehshin Allahyari, Material Speculation: ISIS, Gorgon, 2015 | Courtesy of Trinity Square Video
Subtle Technologies is a not-for-profit organization that promotes community building and knowledge sharing. Subtle Technologies holds year-round events and an annual festival that brings artists, scientists, and innovators together to share their works and ideas with the public. The 2016 festival, Seamless Visions, will explore new textiles and wearable technologies. Some of the topics covered will include body augmentation, pattern recognition and algorithmic making, material innovation, and activism and social critique. It’s a must-see for tech enthusiasts and new media artists and admirers.
More Info
Open In Google Maps
Toronto, Canada

One of the oldest artist-run centres in Canada is Trinity Square Video. It stands at the edge of new media art and pushes the public perception and understanding of what it is. The gallery is open six days a week and is host to various exhibitions, screenings, and public panels. In addition to the gallery, TSV offers workshops, equipment rentals, and access to editing suites for qualifying members.

TSV’s upcoming exhibition is called Material Speculation: ISIS, featuring work by Iranian artist Morehshin Allahyari. It’s her first solo exhibit in Canada and will showcase (reconstructed) priceless artifacts that were destroyed by ISIS in 2015. The reconstruction of the artifacts was achieved by using 3D printing, and each artifact contains an embedded memory card containing maps, stories, history, and more. Not only does this exhibit blend art and technology, its cultural significance is undeniable and invaluable. It absolutely should not be missed.

One of the biggest problems for aspiring new media artists and filmmakers is distribution. Vtape is a distribution organization that helps artists get their works out into the world. Along with its distribution network, Vtape offers other services for artists such as equipment rentals, dubbing, and restoration. It also represents video art installations, new media, art videos, and more.

Vtape hosts a variety of events through its Curatorial Incubator program and an annual program called Artists Squared. Each event is accompanied by talks with the artists and/or curators to continue the examination of the themes represented at each event.

Visual arts, artists’ films, and writing are the core of YYZ. It all began in 1979, when several young artists wanted to showcase works that were not being exhibited by commercial galleries.

Jump to 2016, and YYZ with its onsite galleries, showcases a variety of works from artists around the world. Contemporary, performance, multi-media art, and interactive installations have all been on display at YYZ. Add in artist residencies, retrospectives, and Canadian book publications and it certainly cements YYZ as a pillar in supporting Canadian culture and art.

Currently, YYZ has two exhibits on display, A Vague Sense of an Impending Something by Jon Sasaki and WHAT by Sandy Plotnikoff.