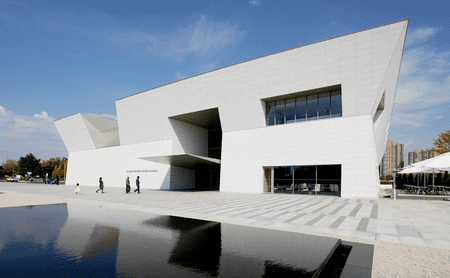 Although it’s new to Toronto’s museum scene, the spectacular Aga Khan Museum is already becoming a cultural heavy-hitter. It’s the first museum in North American devoted exclusively to Islamic art, further enriching a city already synonymous with pluralism, and with free admission on Wednesday evenings, you can easily make an initial survey in a two-hour visit after work. You may even have time left over for tea at the Aga Khan’s lovely courtyard cafe. Here’s a guide to the 10 absolute must-sees from the permanent collection.

Perhaps the most famous Iranian painting of all time, The Court of Keyomars actually forms part of an epic manuscript called the Book of Kings, which took a team of artists 20 years to complete. The dense detail of this particular illustration implies the use of fine brushes, which were likely made of squirrel hairs. The artist, Soltan Mohammad, spent three years completing this masterpiece.

Note the iconography of the two blessed sandals of the Prophet on this 16th-century panel from the prayer niche of a Damascus mosque: these shapes serve as powerful symbols of the Messenger himself, and recur frequently in decorative Islamic art.

The geometric mosaics on this remarkable marble and sandstone fountain, sourced from a 15th-century mansion in Egypt, reflect the superb creativity of the craftsmen. The fountain’s trickling water not only produced a soothing sound, but also functioned as part of the house’s cooling system. 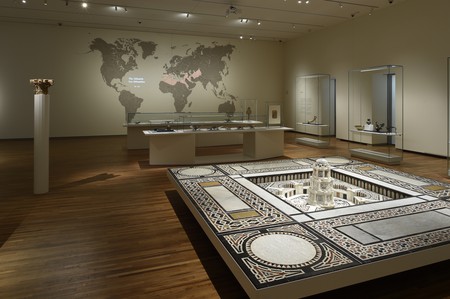 This massive, magnificent weaving was made during the peak of Persian carpet design and manufacture; specifically, the Safavid dynasty (1501-1722). The carpet’s intricate patterns, colors and motifs demonstrate a sophisticated style, and tell the story of techniques handed down from generation to generation.

Eight rings of Qur’an verses and religious invocations are delicately engraved on this mother-of-pearl shell from ancient Hindustan, which may have been used as a vessel for drinking water. Some Muslims believed that if water came into direct contact with Qur’anic verses, it would offer blessings and protection. 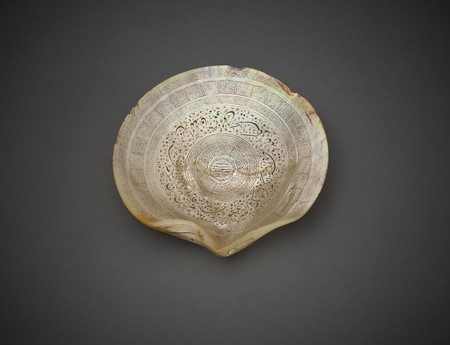 The Aga Khan offers multiple examples of ancient folios that come together to comprise a fascinating education in Islamic calligraphy styles and treatments. This particular thirteenth century folio, with its elegant maghribi script and elaborate gold illuminations, has added intrigue: it’s from Valencia, Spain, which is sometimes called the “lost Muslim kingdom.” 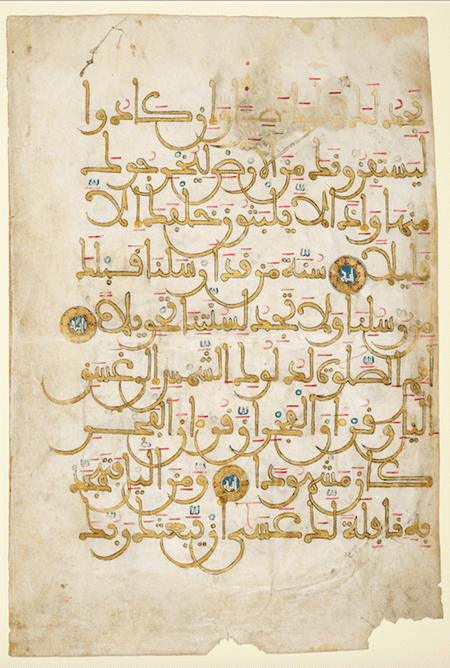 Made in the kilns of China’s Jingdezhen province (probably for a Muslim patron), this 16th-century porcelain basin points to the long, close, cross-cultural connection between China and the Muslim world. The centre inscription has the word taharat (‘purity’) inscribed, indicating the dish was meant for ablutions prior to prayer. 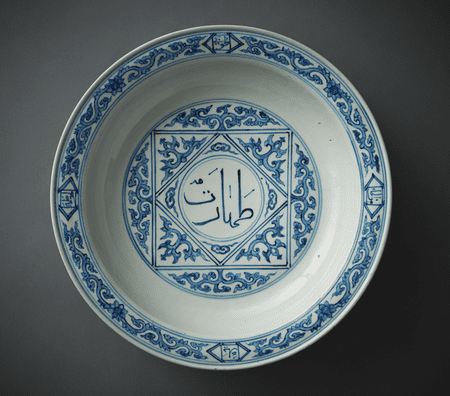 Decorative elements like this 16h-century ceramic tile are highly typical of Ottoman mosque interiors. This cobalt artifact is inscribed with verse 64 of the 12th sura of the Qur’an: “Allah is the best guardian, and He is the most merciful of the merciful.”

Your first experience at the Aga Khan will be an architectural one. The $300 million, seven-hectare site is a modernist’s dream, complete with a gleaming granite building designed by Pritzker Prize-winning Japanese architect Fumihiko Maki that houses the collection’s galleries. 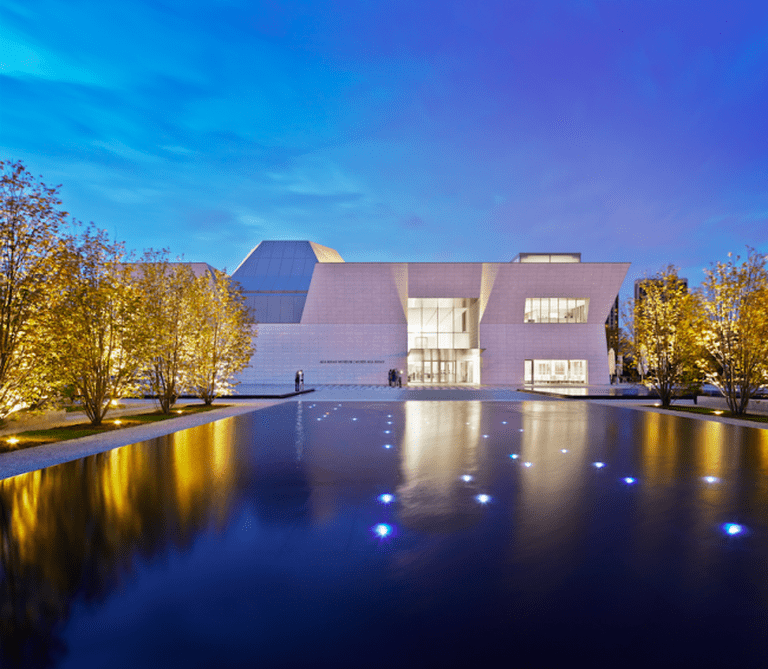 The Aga Khan Museum is open Tuesday to Sunday, 10am-6pm

On Wednesdays, admission is extended until 8pm with free entry from 4pm-8pm