10 Inspiring Women to Know from Canada 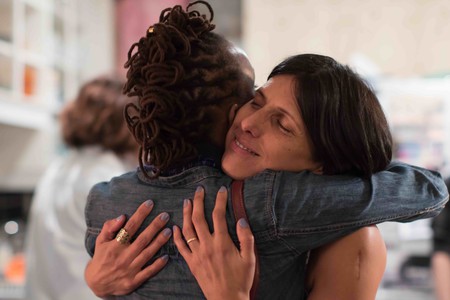 Canada has a rich history of remarkable women whose achievements have brought about positive change both at home and internationally. The following “sheros” have made a global impact in everything from war zones, literature, and music to fighting back against capitalism and domestic abuse. Here are some inspiring women to know from Canada.

The $10 bill for 2018 features Viola Desmond. Desmond was a Black rights activist who was imprisoned for sitting in the whites only section of a cinema; she died in February of 1965 in New York. Often referred to as “Canada’s Rosa Parks,” Desmond’s brave act of defiance took place long before Parks refused to get up from her seat on a bus in Montgomery, Alabama.

Desmond’s car broke down during a business trip; she had to kill time while it was being repaired and decided to watch a movie. Roseland Theatre was a segregated cinema that reserved floor seats for white people and the balcony for black visitors. However, Desmond was shortsighted so she tried to buy a floor seat. When they refused her because she was black, she purchased a balcony seat which was a penny cheaper but sat in the whites only section anyway. After the police came and arrested her, she spent 12 hours in jail and was charged and convicted of tax evasion over the one penny difference between the two movie tickets. In 2010, she was given a posthumous pardon.

Desmond, a cosmetics pioneer for black women in Atlantic Canada also ran a beauty school and sold her own line of skin and hair products. Because of the business, she never took part in any formal protest movements. Her life mission was to be a hair dresser, to be a beauty consultant for black women, and to teach them what she knew. When Finance Minister Bill Morneau unveiled the choice for the $10 bill, he said Desmond’s “story reminds all of us that big change can start with a moment of dignity and bravery.” He went on to add that “she represents courage, strength and determination — qualities we should all aspire to every day.” 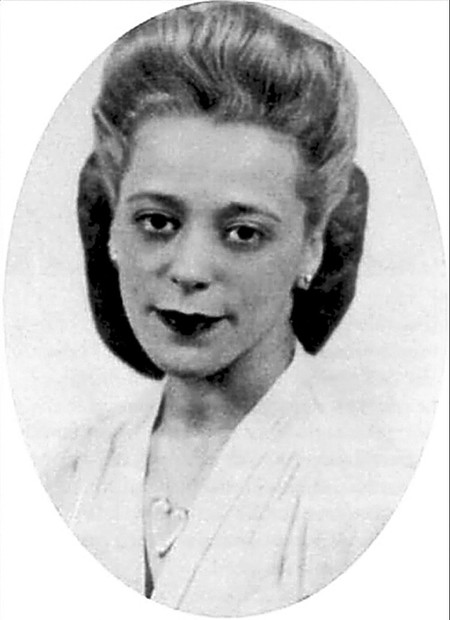 UNDATED -- Undated archival handout photo of Viola Desmond. On April 15, 2010, the Nova Scotia legislature will grant a controversial, posthumous pardon to Desmond, whom many consider Canada's Rosa Parks. In 1946 Viola Desmond was arrested and jailed for sitting in the whites-only section of a local cinema. The case ignited the civil rights movement in Canada. MANDATORY CREDIT: HANDOUT PHOTO: Effective Publishing Ltd. For Richard Foot (Canwest) CNS-PARDON

Attiya Khan is a filmmaker who confronted her abuser on camera and a true kickass Canadian. Twenty years ago, Khan was in her first romantic relationship with a man named Steve and was abused almost daily for two years. Having built a career as a professional advocate for women that have faced domestic abuse, in an interview with Toronto Life, Khan explained why she decided to break her silence on the subject. “I decided to make this documentary because I can’t handle the intolerably high prevalence of domestic violence, and I’m tired of hearing non-stop stories of pain and hopelessness. I needed to find a creative way to approach the issue.”

In A Better Man (2017), Khan meets with Steve, and they both revisit what happened in their relationship together, through conversations, therapist-led discussions, and by going back to locations from their past where the abuse took place. What really stands out about the documentary is how it gives a voice to the survivor but is also a platform to the abuser. By bringing Steve into the narrative, the film creates a way in which to explore how and why domestic violence happens and discover a way forward. After more than 15 years of working with women and children that have faced domestic violence, Khan is deploying A Better Man to help as many people as possible. Since the release of the film at Hot Docs in April 2017, she and the team have been responding to countless requests to bring A Better Man to a number of communities. 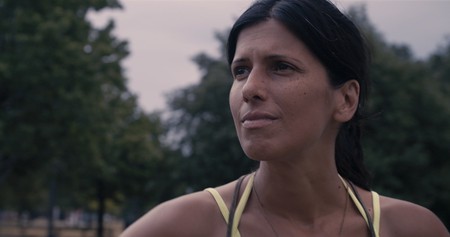 Another Kickass Canadian on this list is Samantha Nutt, a physician with over 16 years of experience in war zones. In addition to this, Nutt is an award-winning humanitarian, the bestselling author of Damned Nations: Greed, Guns, Armies and Aid, acclaimed public speaker, and the founder of War Child Canada and War Child U.S.A. War Child gives children in war-affected communities the chance to reclaim their childhood and break the cycle of poverty and violence. An authority on current affairs, war, international aid and foreign policy, Nutt is among some of the most sought-after humanitarian thought leaders in North America. The breadth of her work globally has benefited the lives of millions of war-affected children.

Mary Ann Shadd was a trail blazer. Not only was she the first black woman to publish a paper in North America (The Provincial Freeman), and the first female publisher in Canada, she was also the first black woman to vote and get a degree from Howard University. By the time of her death in 1893, at age 69, she was an educator, abolitionist, and the first female journalist in the country. In 1994, she was honoured as a person of national historic significance in Canada.

Joannie Rochette, is a Canadian Olympic figure skater that left the world in awe when she glided with poise along the ice at the Vancouver Olympic Games in 2010, just two days after her mother had passed away from a heart attack. Rochette decided to stay in the competition in honor of her mother and went on to win the bronze medal. At her mother’s funeral, she placed the bronze medal on the casket. In 2015, Rochette began studying medicine at McGill University; she continues to speak at events as a role model and is often involved with International Development NGOs. 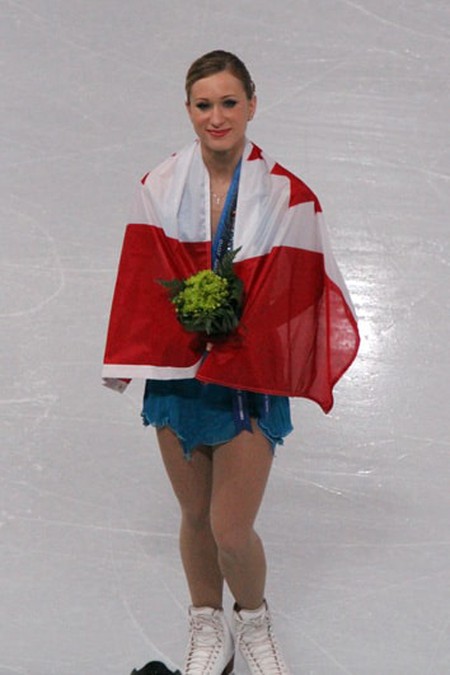 Born to documentary filmmaker and feminist Bonnie Sherr Klein, Naomi Klein spent her teen years under the spell of consumerism, lusting after designer labels and shunned politics, finding her mother’s public feminism to be too oppressive. Klein put off university after her mother suffered from a stroke and was disabled. In 1989 she joined University of Toronto, it was the same year as the École Polytechnique massacre of female engineering students. A man, armed with a rifle and a hunting knife, claiming that he was fighting feminism, shot 28 people, out of which 14 were women, before killing himself.

Taking care of her mother and the École Polytechnique massacre woke Klein’s feminism. Today, Klein is a renowned author, social activist, filmmaker, and influential thought leader. She has written a number of bestselling books — No Logo, The Shock Doctrine, and This Changes Everything — that express her political views and criticism of corporate globalization and capitalism. 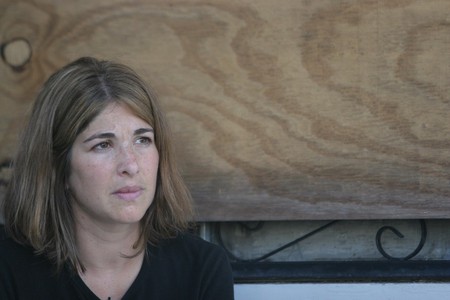 Buffy Sainte-Marie is a Canadian singer, songwriter, musician, composer, visual artist, educator, pacifist, and social activist. Throughout her career in each of these disciplines, her focus has centred on issues of indigenous people in the Americas. Through songs and writing she also explores love, war, religion, and mysticism. Her song “Universal Soldier” became a famous anthem for the anti-war movement. Having dedicated much of her life to educating people about indigenous cultures, Sainte-Marie has earned recognition and numerous awards and honours for her music and activism. In 1997, she founded the Cradleboard Teaching Project, an educational curriculum created to develop a deeper understanding of Native Americans.

Uber-talented Lilly Singh really is Superwoman, est known and globally recognized for her funny and inspiring YouTube videos. The comedian, entertainer, actress, author, and founder of #GirlLove has created a community of millions across the world. Her debut book came out in March 2017, How to Be a Bawse: A Guide to Surviving Conquering Life, and became a No. 1 New York Times best seller. A role model for countless girls and women, Singh started #GirlLove in order to challenge and break the cycle of girl-on-girl hate. The movement inspires change by encouraging women to build each other up but also empowers them with confidence and resources. In 2017, #GirlLove products were used to give girls in Kenya access to education. 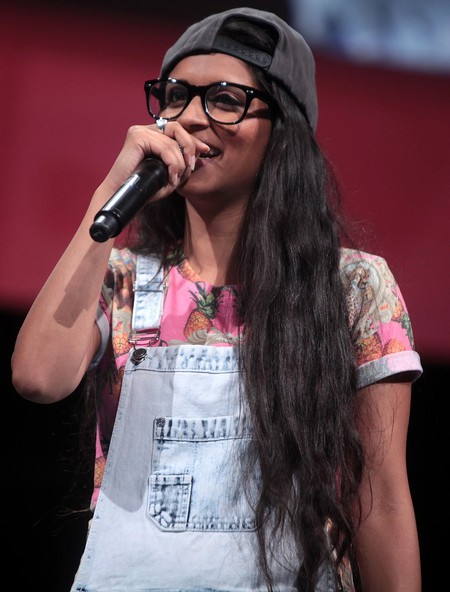 Indo-Canadian directer, screenwriter, and producer Deepa Mehta has created a number of thought-provoking and critically acclaimed movies. Her famous Elements trilogy, Fire (1996), Earth (1998), and Water (2005), delve into controversial social issues in India, and explore subjects such as arranged marriages, homosexuality, the patriarchal culture, partition of India and Pakistan, suicide, misogyny, and the the treatment of widows in rural India. Her Oscar-nominated masterpiece Water was delayed for many years, and her first attempt to make the movie in India was sabotaged by protests and burnings. Few filmmakers of Indian heritage have been brave enough to address these topics, and while Mehta’s stories are inspired by India, she says Canada gives her the freedom to tell those stories. Her body of work has inspired other Canadian filmmakers to embrace their cultural identities and tell stories that cross borders. 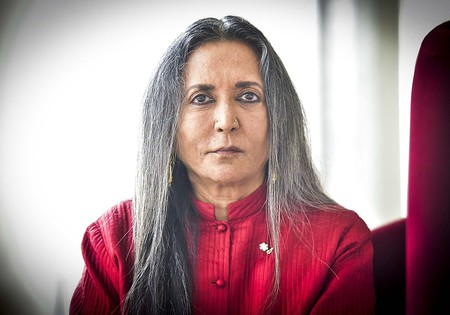 At the age of four, fashion model Winnie Harlow (born Chantelle Brown-Young) was diagnosed with vitiligo, a condition that causes depigmentation of the skin. As a child, Harlow was bullied by children over her skin condition; she changed schools a number of times and contemplated suicide after dropping out of high school. In 2014, after being discovered by America’s Next Top Model (ANTM) host Tyra Banks on Instagram, she became one of the 14 finalists in the twenty-first cycle of the show. She was the first and only Canadian to ever be cast on ANTM. Harlow has done a TEDx talk called “My story is painted on my body,” and in 2015 she spoke at the at the Dove Self-Esteem Project panel at the 2015 Women in the World Summit. As a role model, Harlow has inspired other women with vitiligo to embrace their skin.