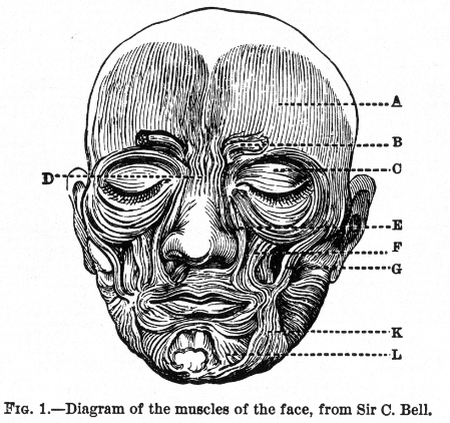 Not only is Canada home to some pretty standout athletes, actors, and musicians but also some of the world’s leading entrepreneurs. These innovators are changing the way Canadians access everything from health care to education to cosmetics. Check out our guide to the ten businesses with innovative ideas that all Canadians should stay on the lookout for.

John Baker founded Desire2Learn (also known as D2L) in the late 90s after identifying a gap in the market during his own educational career at the University of Waterloo. Now used by universities across the country (and worldwide!), Desire2Learn has truly revolutionized the classroom experience. By creating a digital and engaging platform that allows for customizations, teachers can grade, provide feedback, use online discussion boards and chats, and more, helping post-secondary institutions launch into a new era of education.

The CEO of Zootly, George Colwell, credits the idea of the company to an unpleasant experience by co-founder Rudy Callegari. Looking to move his brother’s couch, Rudy could not find an app to help him, so he sought to make one himself. Zootly’s purpose is to make moving simple by creating an on-demand service that matches moving demands (time, size of freight) with companies – oftentimes at the last minute. Their free app allows for tracking of the moving truck as well as paying for services for a simplified moving experience – one that is already known to be highly stressful. Through its certified partners (who are insured), they solve the credibility problem surrounding moving companies. The company’s HQ is in NYC, but their offices in Kitchener are where the majority of development on the app is done.

Also known as Instagram for doctors, Figure 1 initially grew out of co-founder’s Joshua Landy’s 2012 study on mobile tech in health care. In partnership with Gregory Levey, Communications Professor at Ryerson University, Figure 1 has grown exponentially, with a user base of over 500,000 after its first two years. The application creates an online network of health-care professionals to share photos and conduct diagnoses, allowing for professionals to discuss and comment on photos. Doctors have shared photos for years and can now do so with the ease of the app, which is also broadly used as a teaching tool. Figure 1 is safe and uses a secure sign-up process with guidelines for protecting patient anonymity – and plans on changing the medical landscape as a whole.

For Memorial Day, see this case of a 72-year-old veteran with three primary cancers. The radiologist who shared the case notes that veterans are "the only population where three primaries are not ultra rare." War takes a significant toll on the body. #thankyouforyourservice 🇺🇸

Growing up in Caracas, Venezuela, Miguel Kudry found himself struggling in school at Douglas College in Vancouver. As an international student, he saw a gap in educational assistance provided, paired with an interest in online technologies. He came up with the idea of HelpHub, where students can get online (in a chat-like setting) support, and tutors set their own prices – of which HelpHub takes 15 percent commission. The start-up has since partnered with UBC and Concordia, securing investments of over a million dollars for future expansion.

And then I was all like, "try it so l get free credits!" ^ It's true! You could earn up to $25 in FREE tutoring credits by sharing HelpHub with your email buddies: https://helphub.me/send-invites

Colin met his partner Nick Seto in a business course at UBC, where a class project turned into a real business. Colin first got the idea observing a jaw fracture surgery as part of his undergrad at UBC. Target Tape is a disposable adhesive tape that hopes to make more accurate incisions – creating locations on the patient’s body that corresponds to x-ray images. Though the start-up is still in its beginning (pre-revenue) phase, it expects to enter sales by the end of the year – with an established office in Vancouver and assured usage by several large institutions, like the B.C. Cancer Centre, Surrey Memorial Hospital, and the Fraser Valley Centre.

After experiencing a family history of cancer, Lily became more interested in exploring the effects of the ingredients we put into our bodies. After discovering that only 20 percent of the tens of thousands of cosmetics and personal care products on the shelves have been tested, the concept for Think Dirty arose with the help of Ryerson’s DMZ – a start-up incubator with tons of successes under its belt. Think Dirty is a tool for consumers to weed out the baddies and is the first app of its kind to give the power to consumers to find cleaner options by rating products from one to ten (in toxicity) by scanning their barcodes. This follows an innovative marketing tactic whereby companies are 100 percent transparent, providing ingredient lists. Users can search and discover new brands through its database – purchasing them directly through Amazon.

#Repost @innersenseorganicbeauty ・・・ Do you Think Dirty? Rate your products on the Dirty Meter because there’s an app for that. . . . it’s called @ThinkDirty! The Think Dirty app is a convenient + easy way to access unbiased product-comparisons for personal and skincare products. 🙌 It educates consumers about the potential toxic ingredients + empowers consumers to make healthier choices. Just scan the product barcode + check for the results! PLUS, you’ll love Innersense Organic Beauty’s squeaky-clean ratings. 🎉 You’ll have peace of mind for you + your whole family, including your furry animal friends. Are you shopping clean with the @ThinkDirty app? 🌟 Tag some friends + inspire them to select healthier personal care products, too! Dirty Meter capture 📷 from @ThinkDirty

Brennan walked into Ryerson President Sheldon Levy’s office with an idea to make a change on social issues: little did he know he’d walk out with his very own business. He officially founded SoapBox Innovations in 2010 and has reached significant success in its few years since conception, with big corporations like Coca-Cola, BMO, General Electric, and Ryerson (to this day) a part of its client roster. Soapbox seeks to ‘flatten corporations,’ giving them the luxury of start-ups in that each employee/member’s voice can be heard. By creating an online platform for submitting ideas, input, or stories of experience, other members of organizations can give thumbs-ups or down to suggestions that are all viewed by management – with the popular ones appearing at the top. His vision was to create a happy workplace where everyone feels they can make an impact, creating the feeling of a community.

Through the pairing of business-savvy and fashion sense, partners Veronica and Freeda created the e-commerce website, Kuwala, a platform where African fashion designers can sell their products worldwide. Through the stimulation of local economies, Kuwala provides a chance for smaller-scale designers to commercialize, all while dismissing stereotypes by promoting positive images of Africa through the power of fashion. Not only does Kuwala curate exclusive and unique finds from socially responsible brands (who provide fair wages and working conditions to employees), they have also paired with ethical women’s cooperatives based in Africa – finding success in a business model that is both profitable and ethical.

These two women are behind Waterloo start-up Bridgit, a subscription-based communications application for construction workers. The app helps streamline construction projects, bringing together contractors and labourers by aggregating all forms of communications – from text to images. Both alumni of the University of Western Ontario, their start-up focuses primarily on big-scale construction (with clients like developer Minto), and with hundreds of condos going up annually in Toronto, there is great potential for growth – though they already have ambitious plans of integrating operations into the United States.

Based in Toronto, Creative Cocktail is a consultancy firm founded by entrepreneur Sarah Hunter. More of a boutique digital studio, she founded the company to provide small companies and start-ups with access to consultancy regarding design. Creative Cocktail’s services include branding, web design and strategy, with past clients such as Suavair and SPR. However, Sarah also stands out as a leader for Canadian businesswomen as co-founder of Gather North, a networking and learning retreat for women in tech.